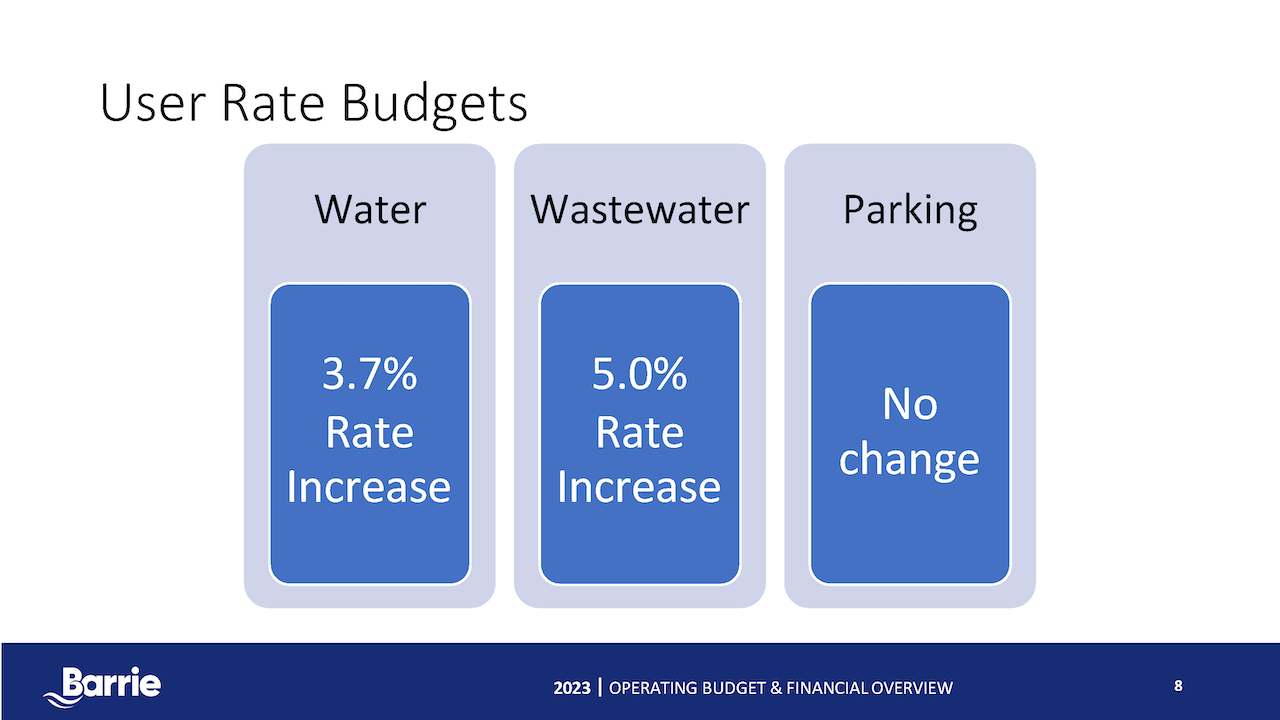 Last year Standard and Poor increased Barrie’s credit rating from AA to AA+. Barrie’s director of finance Craig Miller credited the work done under the previous council for improvement in the credit rating. He gave a presentation to the council on Wednesday.

Miller especially mentioned the council’s 2015 decision to establish a fund to contribute to infrastructure renewal. Though the fund was paused due to the COVID-19 pandemic it still helped the city improve its creditworthiness.

However, Miller said the 2023 budget process is expected to be challenging due to inflation, high interest rates, labor negotiations, and legislative changes. Bill 23 passed by the Ontario government will have the biggest adverse impact on the city budget and will result in tax hike, reduction in services or both.

From Mayor Alex Nuttall’s inaugural speech, it seems that there will be reduction in some services except for the police, which is expected to see a jump in spending.

Taxes for Barrie residents are proposed to go up by 3.95% or $182 on an annual basis for the average assessed property value of $365,000. Property value is likely to be far below the current market prices as the province hasn’t reassessed properties since 2016.

2023 tax supported budget is $408 million. $283 million of the total budget that is 69% will be funded from property taxes. The city will also pull $43 million dollars or 11% from the city reserve to fund the budget. And around 10% will come from fees, service charges and rentals.

The council will approve the budget on February 15 but before that on February 1 three biggest service partners Barrie police, public library and Simcoe county will make a presentation. And final Budget deliberation will be held on February 8.