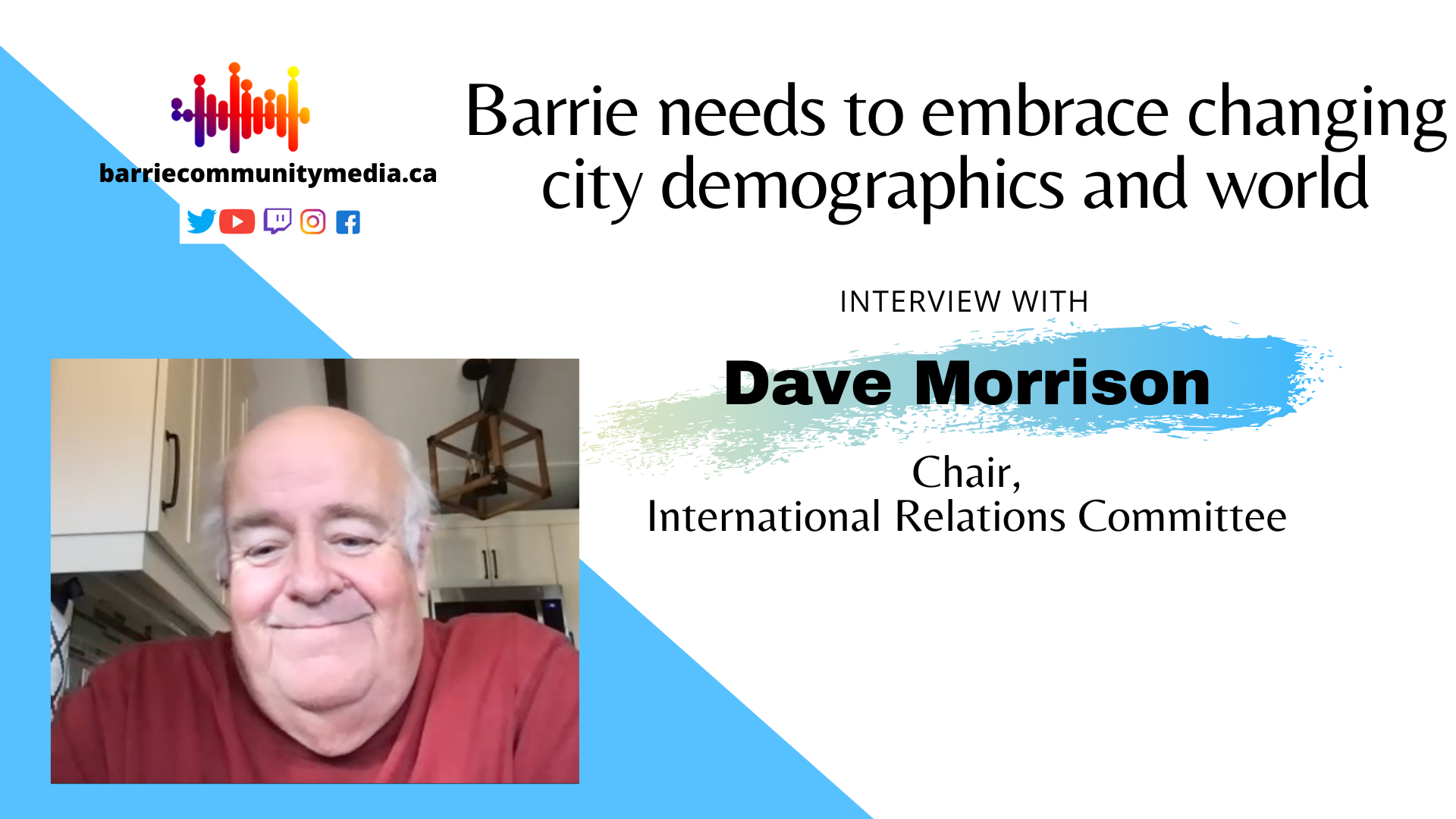 Barrie’s International Relations Committee has been doing a great job building bridges with the rest of the world. Barrie has exchange programs with sister and friendship cities in Japan, Germany, France and the United Kingdom. However, those relationships do not reflect changing city demographics and the world. For example, Georgian College has more than one thousand international students but they do not have sufficient representation on the committee.

I talked to the chair of the International Relations Committee since 2000, Dave Morrison about the committee work and importance of engaging with the world. For his exceptional work, he has received the highest award that Japan can offer a foreign citizen.

Morrison worked as history and political science teacher for a Simcoe County school before getting involved with the International Relations Committee. As a city council member, Morrison supported an exchange program with Zweibrücken, Germany in 1997. After that Japanese exchange program started, followed by the Borough of Harrogate and North Yorkshire, United Kingdom and Aras, France. Due to the COVID-19 pandemic, the programs have been temporarily suspended but visits are expected to start next year with a visit to Zweibrücken. Morrison tried to expand the programs beyond the traditional post World War Two alliances. But the Chinese exchange program did not survive long and the Philippines program never took off.

Morrison has also been raising money to send financially disadvantaged children on exchange programs. “We take the best kids, not the richest kids,” he said.

A recent article in the Globe and Mail highlighted the exploitation of International students, especially Indians, in Canada. The International Relations Committee is not diverse enough to have their voices included and no exchange programs. Morrison said that is not the mandate of the committee. “Our mandate is to foster and run the sister city programs and youth programs as they’ve been designed.”

In a recent book Learning from the Germans: Race and the Memory of Evil, Berlin based Jewish American writer Susan Neiman applauds Germany for acknowledging its past historical atrocities against Jewish people. She also points out that the US needs to do more to accept and acknowledge atrocities against Blacks and Native Americans. Canada has similar history atrocities and genocide against Indigenous people. Canadian students visiting Zweibrücken can be made aware about the significance of acknowledging the past mistakes and correcting them. However, Morrison said it is not his role on the International Relations Committee. “In fact, I’ll go stronger than that, it would be entirely inappropriate.”

Canadian students visit Nazi concentration camps and German students interact with Indigenous culture. But it seems that German students don’t get to know the brutal side of Canadian history. “I’m very nervous about these efforts to modernize our systems so that the next generation thinks the way we want them to think,” Morrison said.

Clr. Aylwin questions cuts in affordable housing targets ‘considering the great need that we have in our city’