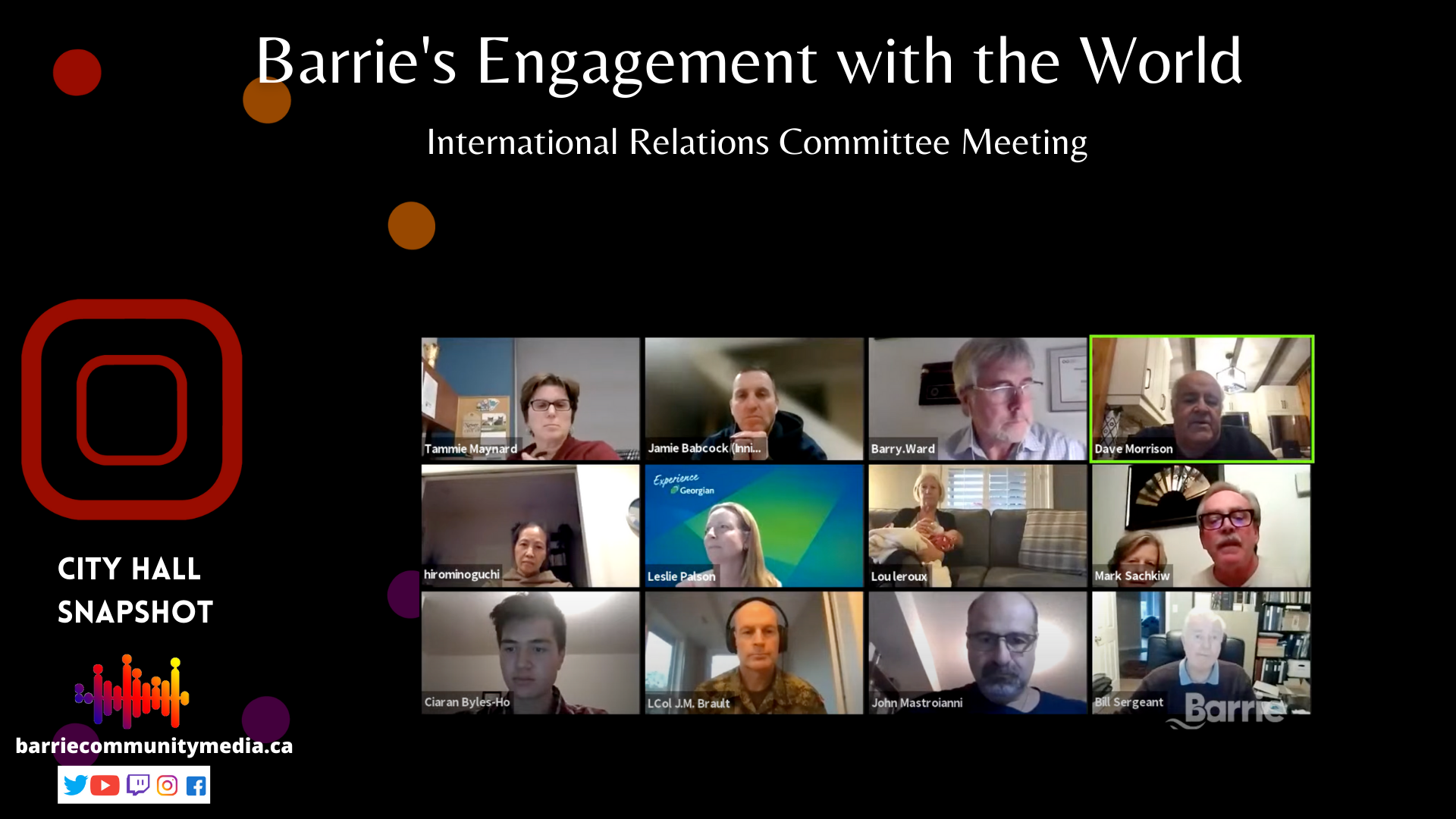 For more details about how these committees work, please watch my conversation with City Clerk Wendy Cooke.

There are thirteen advisory committees and one of them is the International Relations Committee. It has an annual budget of nearly $37,000. It reports to the Finance and Corporate Services Committee, which in turn reports to the city council. Decisions of the Committee are not final until approved by the City Council.

Various items were discussed during the last committee meeting including a new website under construction and visits by foreign delegation. The new website being developed by a student is almost complete. The major issue I faced while doing research on advisory committees is not easily having access to information about the committees and contact details of the committee heads. It is good to know that information will be readily available at least for the International Relations Committee.

The new website will be accessible for people with disabilities. Some of the accessibility features include proper description for images and use of color with care. The website received positive responses from Mayor Lehman and a few councillors.

The contact details of the chair and vice chair of the committee and subcommittee will be available on the website. Hopefully it will encourage residents’ participation.

The committee has been paying Keiran Byles-Ho in installments as he is completing the website. There were other expenditures by the committee including a visit to and from Germany.

The Japanese borders are still expected to be closed next year; the plans are in limbo. The student exchange program with Arras, France is not expected to happen before 2023. However, German plans are still on track.

Georgian is participating in a student refugee program that supports 150 students across universities in Canada. Dean of international Education and Development at Georgian College Leslie Palson provided more details about the program.