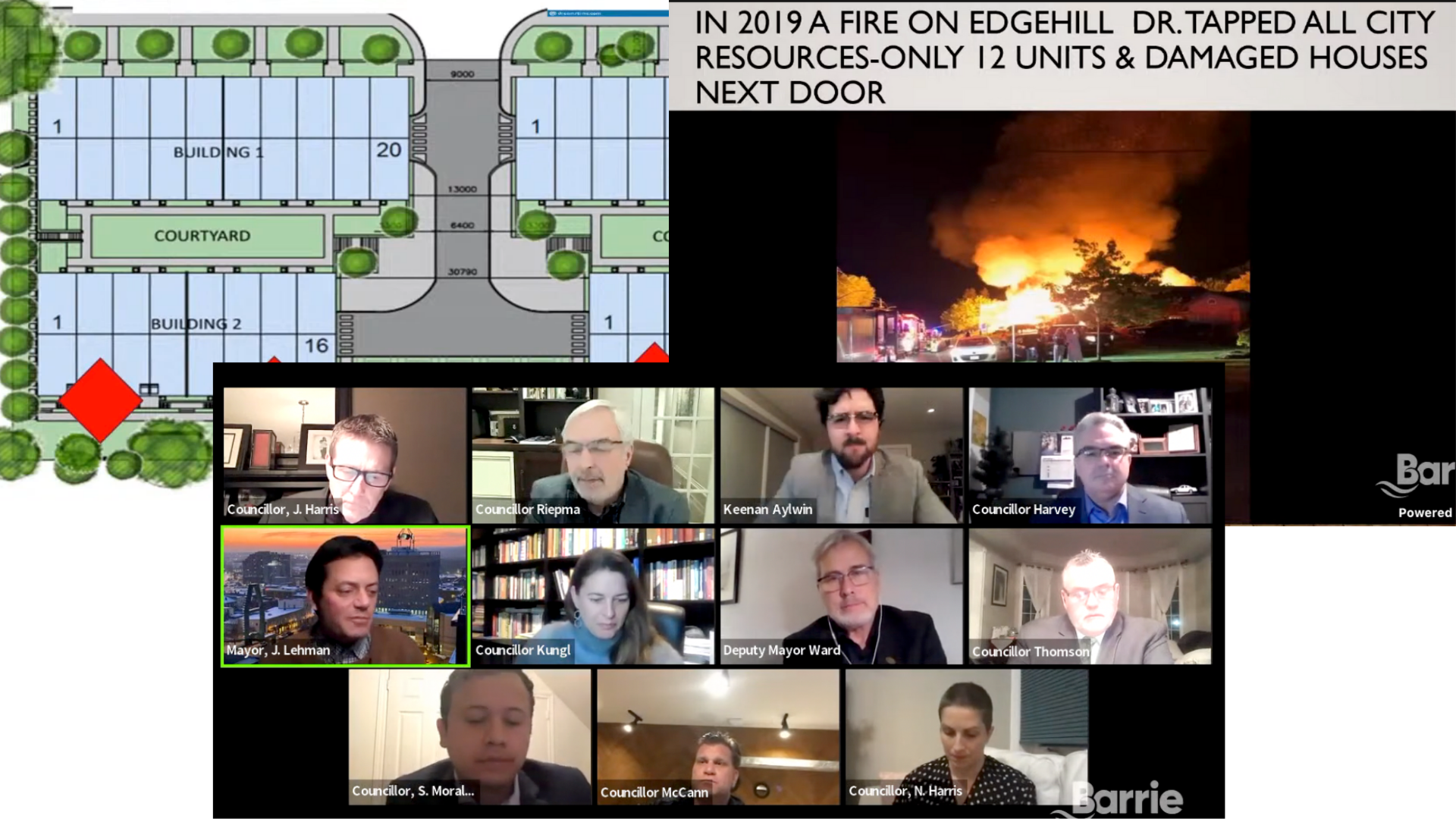 A recent planning committee meeting saw the council getting into the nitty gritty of residential planning. Gary Harvey, Ward 7 councillor, made a presentation to address a proposed development on 407-419 Mapleview Dr West that residents want to be scaled back.

Harvey said “Mapleview is not an intensification quarter” as he put forward the amendments that would cut down the scope of the project from four and half stories to three stories.

Encore Group and 407-419 Mapleview Inc. are the developers for the project.

The councillor knocked on the 42 homes near the proposed development to know resident’s feelings about the development project. “It was quite clear that everybody I spoke to had concerns other than one resident,” he said. It is not “a good transition when you’re going from low density, all the way up to high density.” He said the developer should build only 34 units on a 1.5 acre plot and at least 1.8 meter tall fence to provide privacy to nearby residents.

In the initial presentation during the late 2020 neighborhood meeting, developers proposed 88 units. The number was reduced to 72 in early 2021. But the residents continued to protest even the reduced scale of the project. The scope was eventually reduced to 46 units. And now the ward councillor Harvey wants only 34 units on the land.

Councillor Robert Thompson said Harvey is “ keeping what’s interesting to your residence and changing everything else. It’s the give and take.”

Councillor for Ward 1 Clare Riepma, who faced similar anti-development pressure from his constituents, supported Havey’s amendments. He said Harvey’s proposal is about give and take because it allows developers “to build townhouses or stack townhouses” not permitted under current zoning by-laws.

In the end, the council adopted Deputy Mayor Ward’s suggestion to get a staff report to see how the development will look after incorporating Harvey’s recommendations.

The matter will come back to the council where “anyone can make a deputation on it. And so that may well be the applicant, Mayor Jeff Lehman said. “I would expect under the circumstances, they will probably want to come and let us know what they think.”