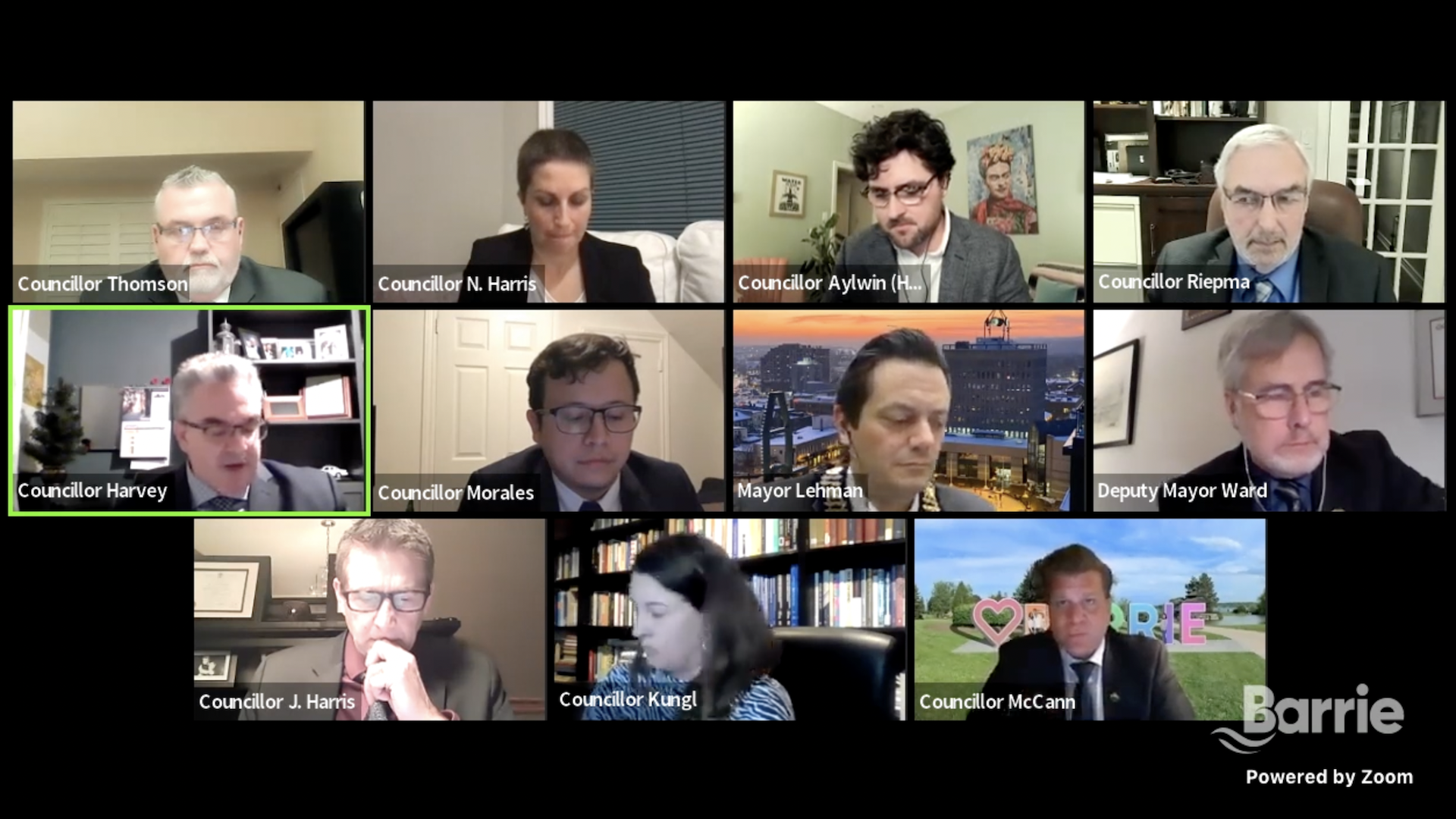 Once again, the residents of Ward 7 spoke against the proposed multi-storied development by Encore Group on 407-419 Mapleview Dr West.

“This development, if permitted, would be akin to dropping an aircraft carrier into the very Marinam” said Andrew Zvanitajs, who was among the ten Ward 7 residents to speak.

Residents rallied behind their councillor Gary Harvey’s plan to reduce the number of townhouses to 34 units only. Two years back, Encore Group first proposed building 88 units. As per the final compromise, the group agreed to scale down the project to four and half floors and 46 units. The approved project will be only three stories tall.

The common argument the residents made was that their neighborhood is outside the intensification corridor and hence only 40 units per hectare should be allowed.

Mayor Lehman said he can’t justify council’s “position on previous similar applications, which permitted more height and density, and then vote no to this one.”

He appreciated residents’ approach to the matter but said the council has “responsibility to the overall housing situation in the city.”

The developer is likely to appeal the decision to the Local Planning Appeal Tribunal or (LPAT). It is the provincial body that usually has the final say on local planning decisions.

In a previous matter, Sean Mason Homes won a case at LPAT against residents who wanted to scale back the project.

“I fear that decisions are going to be taken out of all of our hands, ” Lehman said.

In a hot and tight housing market, the confrontation between the residents and developers is likely to continue in the near future.

Ward 4 candidates present their vision for the ward and city