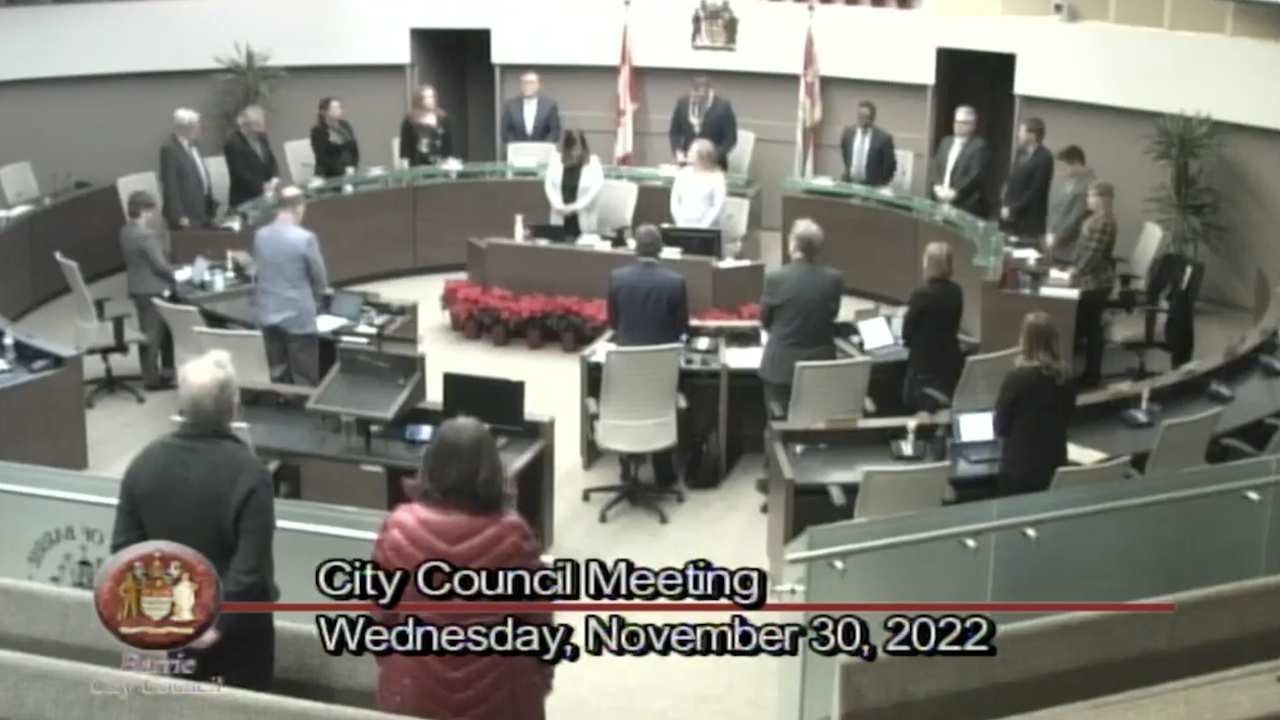 The Salvation Army has been working in Barrie for the past 137 years and has over 137 volunteers. Major Bruce Shirran, executive director of Salvation Army Barrie Bayside Mission, provided an update about its Christmas kettle campaign to raise money for various causes. Shirran said this year’s projected goal is $650,000. During the pandemic Salvation it “provided 200 meals per day to assist the Busby Center and the Elizabeth Fry shelters during their motel model program.” It also provides overnight shelter to 34 people, baby essentials like diapers, food formulas etc.

The city council denied an exemption from Barrie’s regulatory bylaw to Roger Gray, owner of the proposed indoor gun range. Currently, discharge of firearms is allowed in certain cases including by personnel at the Department of National Defence’s Barrie Armoury located at 37 Parkside Dr., police officers while carrying their duties and municipal law enforcement officers destroying an animal.

Gray, who sought an exemption, said there is a big demand for the service and could get 5,000 members in a short period.

Ward 9 Councillor Sergio Morales proposed name changes to various streets in his Ward. The names are chosen from a pre approved list, which is put together in consultation with the ward councillor. Those were unanimously approved.

Bill 23 passed by the Ontario government will result in Barrie losing $18 million per year in development charges. Clare Riepma, Ward 1 councillor,  introduced a motion that would send letters to premier Doug Ford and other provincial leaders to pay for the shortfall. It was passed unanimously.

Follow the time stamps to jump to the relevant section of video.

In the sixth wave, Simcoe Muskoka has higher per capita weekly COVID cases than provincial average