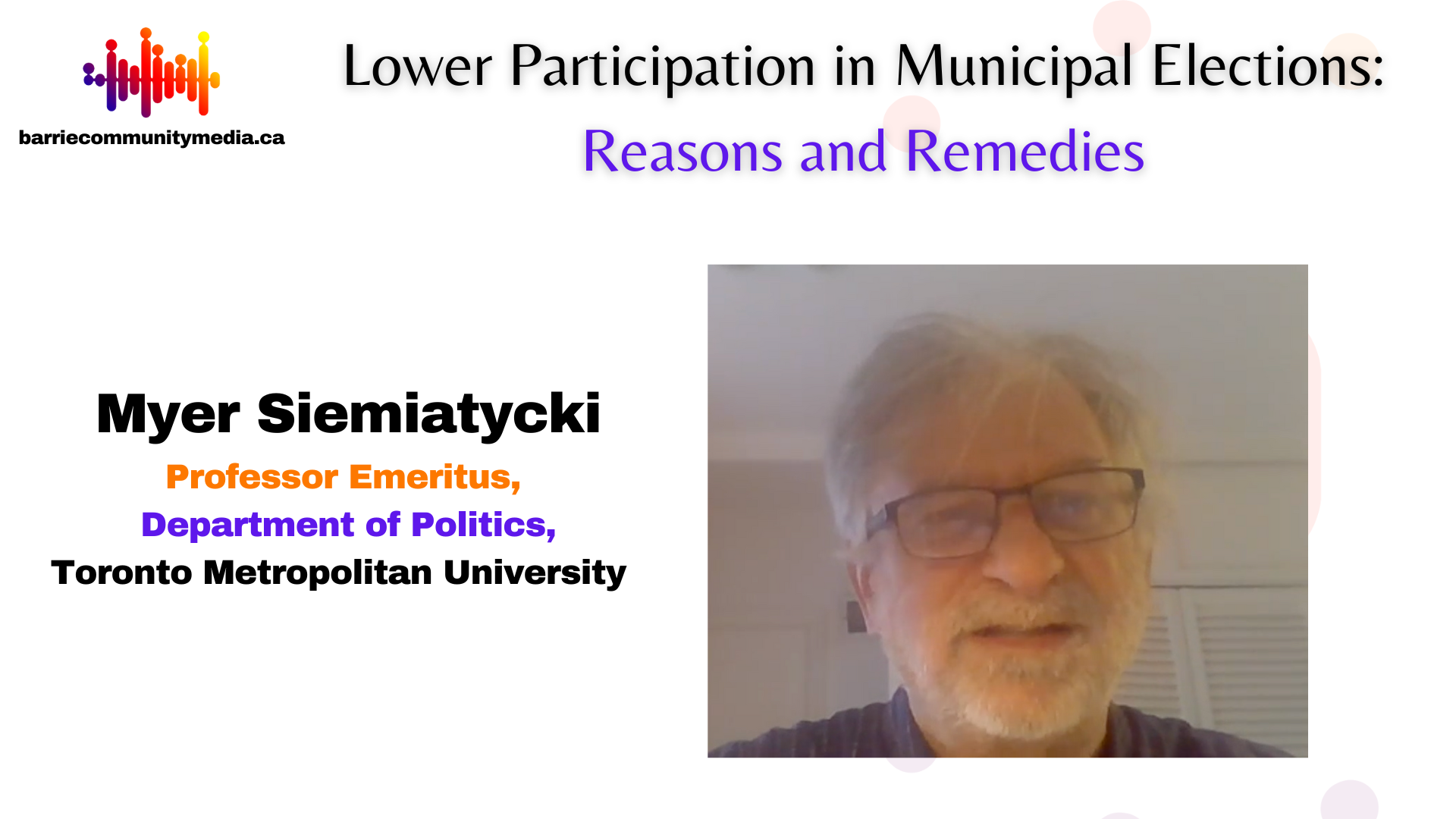 The voter turnout in last month’s municipal election was very low – 29% in Toronto, 30% in Barrie, 21% in Mississauga and 24% in Brampton. All these cities saw the turnout going down from 2018.

Traditionally municipal elections have lower voter participation than provincial and federal elections. However the last month’s council elections saw even less enthusiasm across Ontario including Barrie. Even though the turnout in Barrie’s mayoral race went up slightly, given the competitive nature of the race the participation should have been higher.

In 2014 Myer Siemiatycki, Professor Emeritus in the Department of Politics and Public Administration at Toronto Metropolitan University, studied participation in Toronto municipal elections to find out if there were any specific groups that participated more or less.

Deepak Bidwai, Local Journalism Initiative reporter, talked to him to know more about his research and ways to increase participation.

Siemiatycki said he found out that “a geographic area that had a high proportion of immigrants, and a high proportion of visible minorities, it was going to have a below city average rate of voter turnout. And if you had a Canadian born and white population, you are going to have a higher rate of voter turnout.” He said there is a need to have a conversation about “what is the disconnect for immigrants and visible minorities that is preventing them from participating more from voting more.”

“This has real life political implications, because the message it sends to elected politicians is you can safely ignore the interests and needs of immigrant and visible minority neighborhoods or areas easier than you can ignore Canadian born and white neighborhoods,” he said.

As winter nears, the city of Barrie has intensified its campaign against the homeless