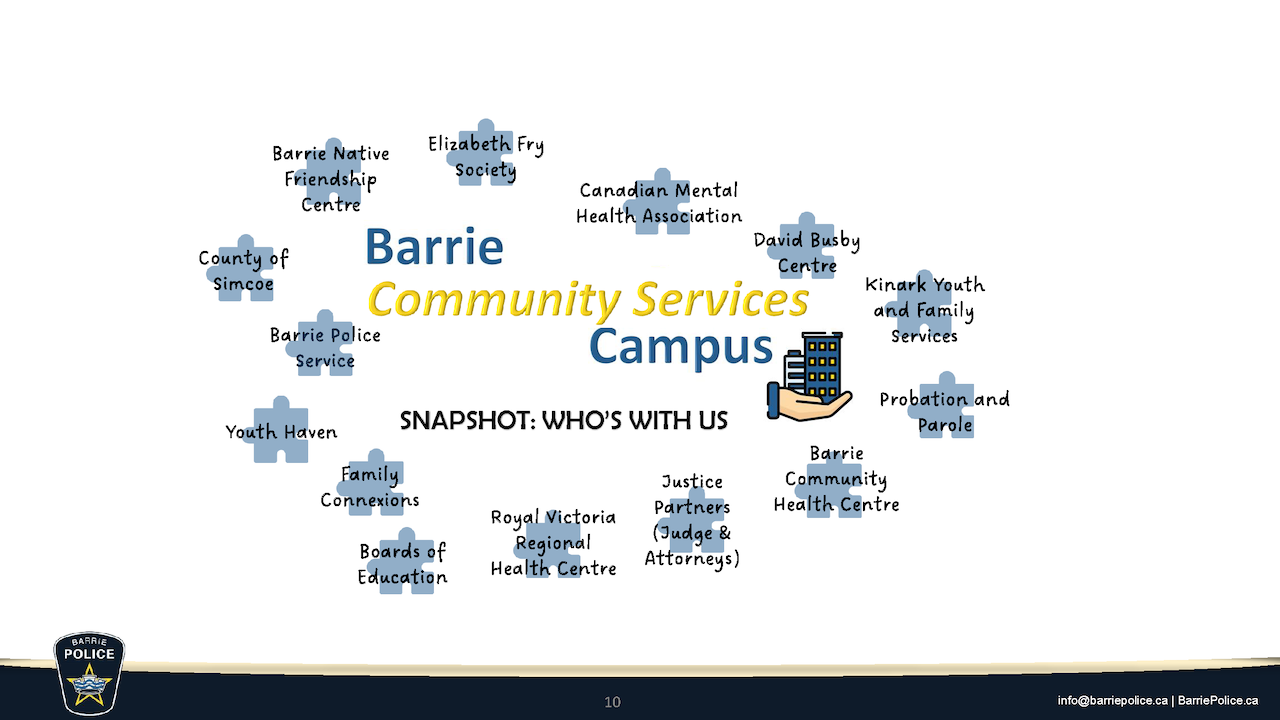 The Barrie Police Service is working with a variety of community organizations to bring together a Community Services Hub. The Hub, which is expected to launch in February 2023, will be a physical location where people can access services such as drug treatment, housing, employment, and other services. The Barrie Police has received $1.5 million in provincial funding for the project and the City has also launched a survey to receive feedback on how residents feel about safety and well-being in the city.

Kimberly Greenwood, Barrie police chief, presented the plan to the council during this week’s Community Safety Committee meeting and said that it was the first time the City has been awarded the funding. “It will have the justice center there. So there would be a defined judge, Crown Attorney” to address the low level crime.

This project was developed prior to the onset of the COVID-19 pandemic and it will be modeled on similar projects in New York, Toronto, and Kenora, Ontario. The goal is to create a holistic approach to the identified social issues and implement a physical, operational campus model by 2025.

Greenwood said there are four pilot projects going on in Ontario. “London is focusing on youth crime, the North West End of Toronto is focusing in on guns and gangs. The downtown East is focusing in on homelessness addictions, similar to what we see a little bit in Barrie, and then Kenora is an Aboriginal lens, to all of these issues.”

This model will involve forming a steering committee, establishing memorandums of understanding and service agreements, and collaborating with organizations such as the Canadian Mental Health Association, the Busby Center, the Elizabeth Fry society, and the Barrie Native Friendship Center.

Mayor Alex Nuttall commented that similar attempts to establish a service hub had not gone anywhere more than a decade ago and “we’re no closer today than we were back then.”

Greenwood responded that “Our city, and our community is now ready to embrace this, I think there has been a significant shift, and those that are vulnerable in our community.”

‘He had a slogan that nobody dies on his watch,’ Ryan’s Hope continues his unfinished work