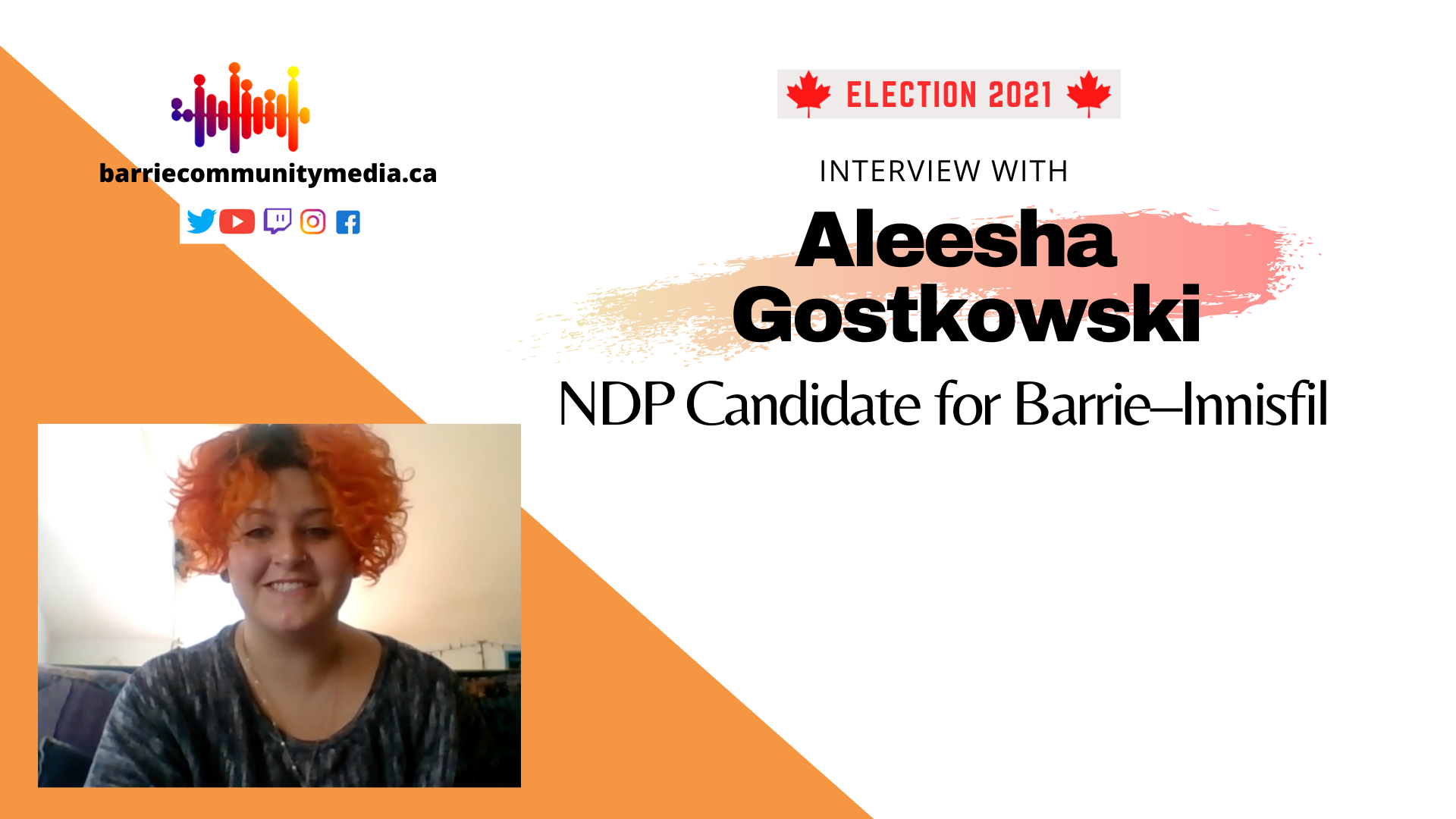 At 24, Aleesha Gostkowski, an NDP candidate for Barrie-Innisfil, is the youngest one. She has completed her bachelor’s in political science from Lakehead University and is now pursuing her master’s in social justice and equity studies from Brock University. Addressing climate change is one of the reasons Gostkowski is running in this election.

She is in favour of big and bold action plans to deal with climate change and supports raising taxes on the “ultra-rich” to raise money for the plans. According to her, we can’t afford to prolong dealing with climate change because we are running out of time and the cost of inaction is high.

Gostkowski confronted the conservative candidate and incumbent MP John Brassard when he acknowledged that he and his 74-year old mother were not aware of the full extent of residential schools atrocities. Gostkowski said if Brassard wasn’t aware then he wasn’t listening to what Indigenous people have been telling us all these years.

Gostkowski supports safe injection sites to deal with the opioid crisis. She feels they provide the right environment to safely use drugs and get the necessary help. She is in favour of educating residents to create a supportive environment to have sites in urban areas.

Gostkowski, who lives in a short-term rental apartment, thinks a strong government intervention is necessary to deal with the affordable housing crisis. She also supports the NDP plan to implement Pharmacare. Gostkowski acknowledged that taxing rich people and corporations will not generate enough money to reduce the trade deficit and cut the national debt in the immediate future. This election is unique because no federal party has put forward a solid plan to tell voters how they will raise billions of dollars to spend on their proposed plans.

Barrie Community Media and all CACTUS’s LJI partners are committed to a full discussion of the election and offers equal time to all candidates.