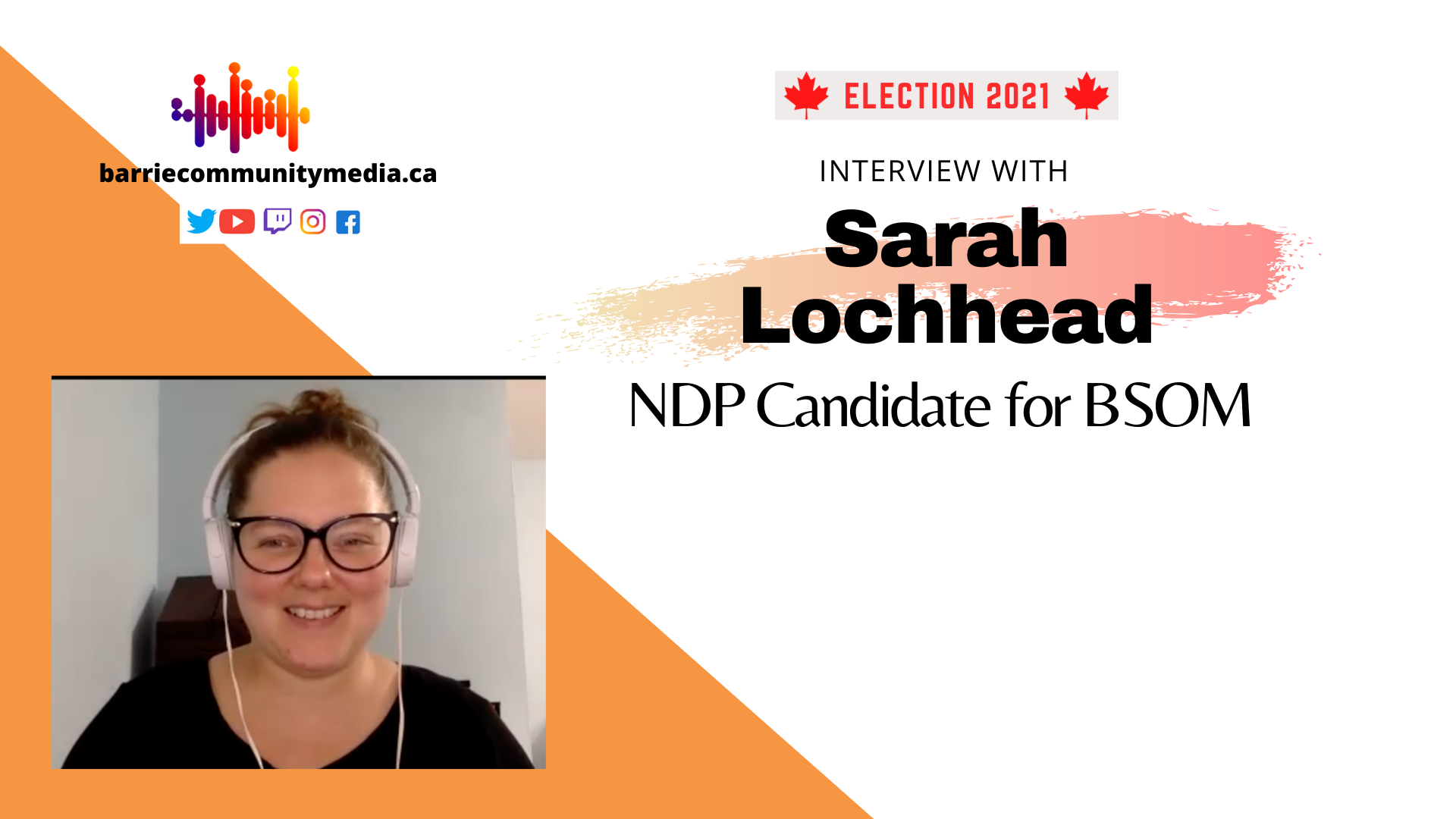 Sarah Lochhead shares her passion for politics and vision for the riding to solve issues such as climate change, affordable housing, drug overdose among others.

Sarah Lochhead, a long time resident of Barrie, has been doing a lot of listening to understand Indigenous issues. “We need to make sure there’s prior and informed consent instead of merely consultation projects when it involves indigenous lands,” she said. She also supports implementation of all 94 calls to action issued by the Truth and Reconciliation Commission.

Canada is the only G7 country whose emissions have gone up since the 2015 Paris Agreement. She believes that only the NDP has a bold enough plan to fight the climate crisis and wants a Canadian environmental Bill of Rights to ensure a healthy environment. If elected, she said she will fight to have a federal assessment of the Bradford bypass.

In light of deaths of more 60 residents at Barrie’s Roberta Place and all over Canada, Lochhead mentioned that the NDP is committed to creating a national standard for long term care centers.

The entire Canada including Barrie has seen an increase in the opioid related incidents. Lochhead wants to create more supervised injection sites to deal with the crisis. “It’s a proven practice and harm reduction,” she said about the sites.

Lochhead also discussed her opinions and the NDP plan to address the affordable housing crisis, homelessness by providing grants and universal basic income.

She agreed that voters are concerned about increasing deficits and national debt because of the high government spending. Lochhead also accepted the fact that no party has promised a balanced budget but she does not believe austerity measures are the solutions and wants to tax the ultra rich.

In conclusion she said that her experience in setting up Simco Contemporary Dancers, a non-profit organisation, gave her skills such as planning, budgeting required to work as a Member of Parliament. “I get really passionate about my ideas, and I’m going to bring that passion to Ottawa,” she concluded.

Barrie Community Media and all CACTUS’s LJI partners are committed to a full discussion of the election and offers equal time to all candidates.