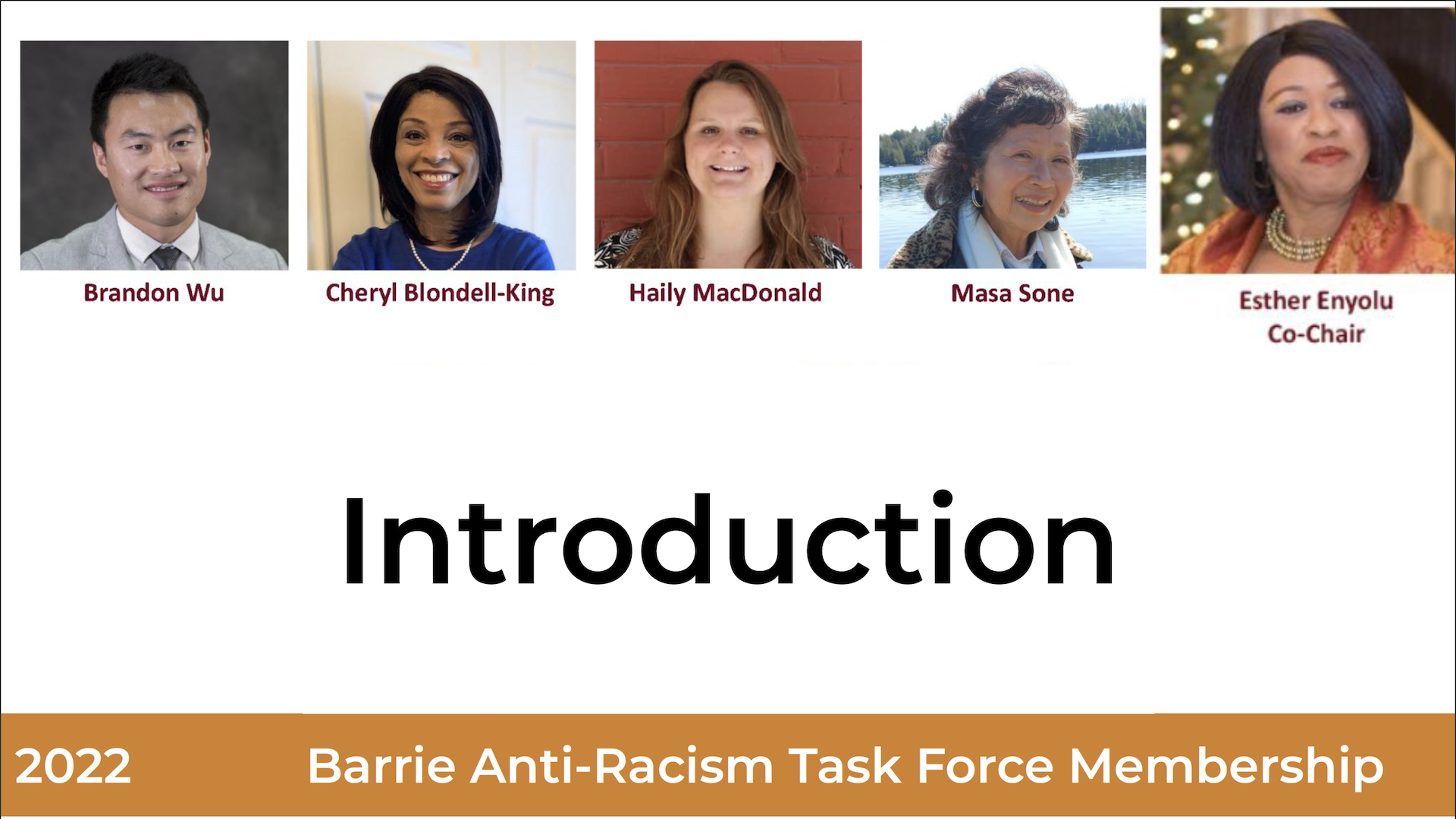 Barrie’s anti-racism task force made a presentation to the city council this week about the various initiatives.

One of the initiatives is employment research to collect data and analyze experiences of racialized and equity deserving individuals working within the healthcare system, policing, municipal governments, and education.

Esther Nkoli Enyolu, co-chair of the task force, said that it is “in the process of interviewing members of the community, who are participating in the research.” The results will be shared with the council.

The task force is also working with other committees such as Town and Gown committee “to devise a program aimed at introducing international students to Barrie to help them to better integrate within the community,” Blondell-King said.

Brandon Wu provided an update about the upcoming website. Barrie based Siva Creative is doing pro bono work on the branding and website. The logo is intended to illustrate three people together in harmony, and then the waves representing figurative bodies are sort of an homage to the City of Barrie logos.

In the closing remarks Mayor Jeff Lehman praised the work done by the task force and stressed the importance of autonomy given to it.

“It was important to myself and (Police) Chief Greenwood, when this initiative began, that you’ll be independent of the city council and choose both your mandate and your priorities and projects yourself,” Lehman said. “It’s very evident that you’re moving in directions that are needed in the community – the work with Town and Gown (committee), the work on hiring, the work through the library on anti Black racism, and obviously broadening the scope of what you’re doing through the online work.”

Though Lehman decided not to run for mayor, he wants the task force to continue its work. “I would certainly say everybody wants this to continue. And the good work that you’ve done as a group is the strongest argument for continuing it on a permanent basis through the next term of council.”