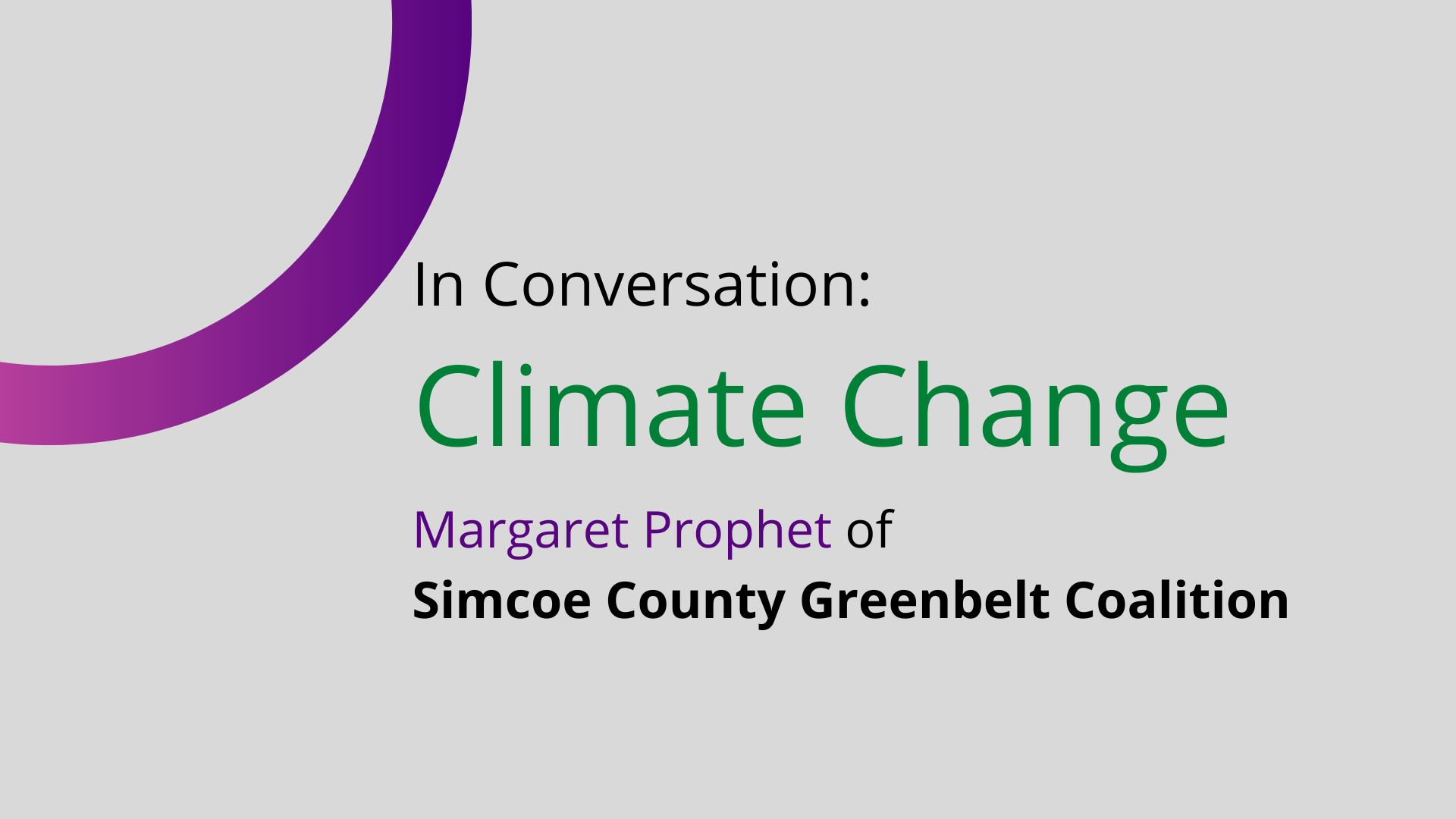 The Simcoe County Greenbelt Coalition (SCGC) started in 2016 when the Ontario Premier Kathleen Wynne initiated provincial review of land use to protect water, farmland, nature and manage urbanization. As the environmental crisis deepened around the world, the successive Ontario government under Premier Doug Ford scaled back environmental protection and even abolished the office of the Environmental Commissioner of Ontario. “Which speaks to whole seriousness about environmentalism and climate action,” Margaret Prophet, executive Director of the Simcoe County Greenbelt Coalition said about Ford’s decision.

As 60 per cent of all emissions come from transportations and buildings, there is a need to build better cities that strike the right balance between dense housing and livable spaces. Prophet tries to dispel the myth that electric vehicles are the ultimate solution to emissions coming from transportation. “Electric vehicles don’t change the global picture of emissions,” she said. “They move emissions to the global south, where the mining and all the production tends to happen. She believes that one of the most important things to address emissions is to get people out of their cars by providing reliable transportation.

Prophet also pointed out the fact that “Canada is one of the largest producers of waste in the world. And our waste goes to third world countries, and shipping containers.” This is not the way to save the environment in Canada by outsourcing problems in other parts of the world.

According to her, the way of this crisis is compassion. She said everyone quotes Charles Darwin that only the strongest will survive. “But the biggest thing he saw about human society was compassion,” she concluded.