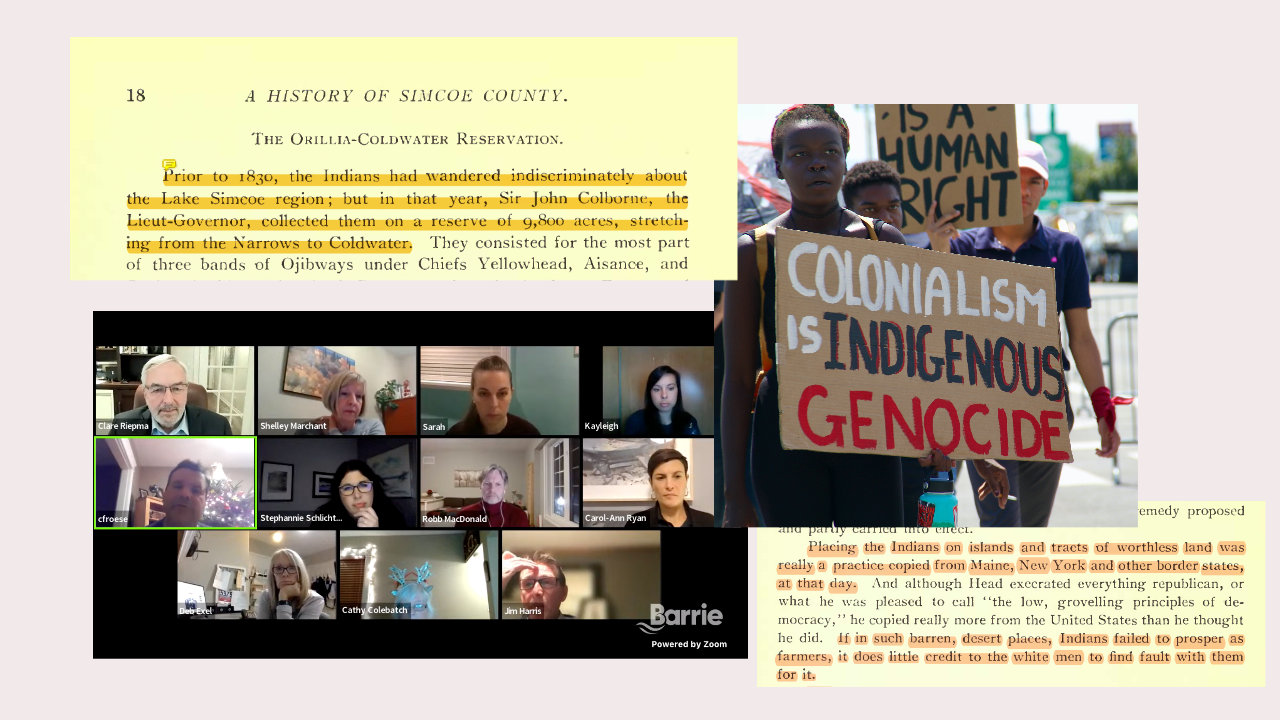 Last week, it held the final meeting for 2021. Various issues were discussed during the meeting to protect and promote heritage in the city. Some of them were Allandale GO station development and announcement of annual Heritage Awards.

“We definitely thought it wasn’t a good idea to do sort of like a timeline,” Craig Froese of Allandale GO station subcommittee said about the decision to exclude Indigenous heritage.

In a two volume book published in 1909 titled A history of Simcoe County, the author details how Indgenous people were forcefully removed from near Lake Simcoe. They were then moved to the remote and unproductive tracks of lands. A practice copied from the British’s American colonies that later became American states.

With a budget of more than $23,000, Heritage Barrie has one of the highest budget among all advisory committees.

Heritage Barrie has been working to attract more tourists by appealing to European heritage. This initiative fits well with the city tourism master plan. The tourism sector has been hit hardest by the pandemic and the new COVID-19 variant has increased the troubles of the industry.

To strengthen the $140 million industry, the city has hired two new positions to coordinate public arts and implement the tourism master plan.

Carol-Ann Ryan, who recently joined as the public art coordinator, will work with the “heritage committee to create a mural at the Allandale GO Station.”

The city has developed a comprehensive and ambitious plan to promote tourism. Robb MacDonald has been tasked with executing it. A big part of his “job is working with community partners.”

Amanda Boisselle and Jason Devroom, city employees working on the renovation project, did not provide any details about the archeological excavations that found remains of the burial site and objects dating 12th to 13th century.

Councillor Jim Harris also talked about recognizing Indigenous heritage but he did not offer any direction to the sub-committee.