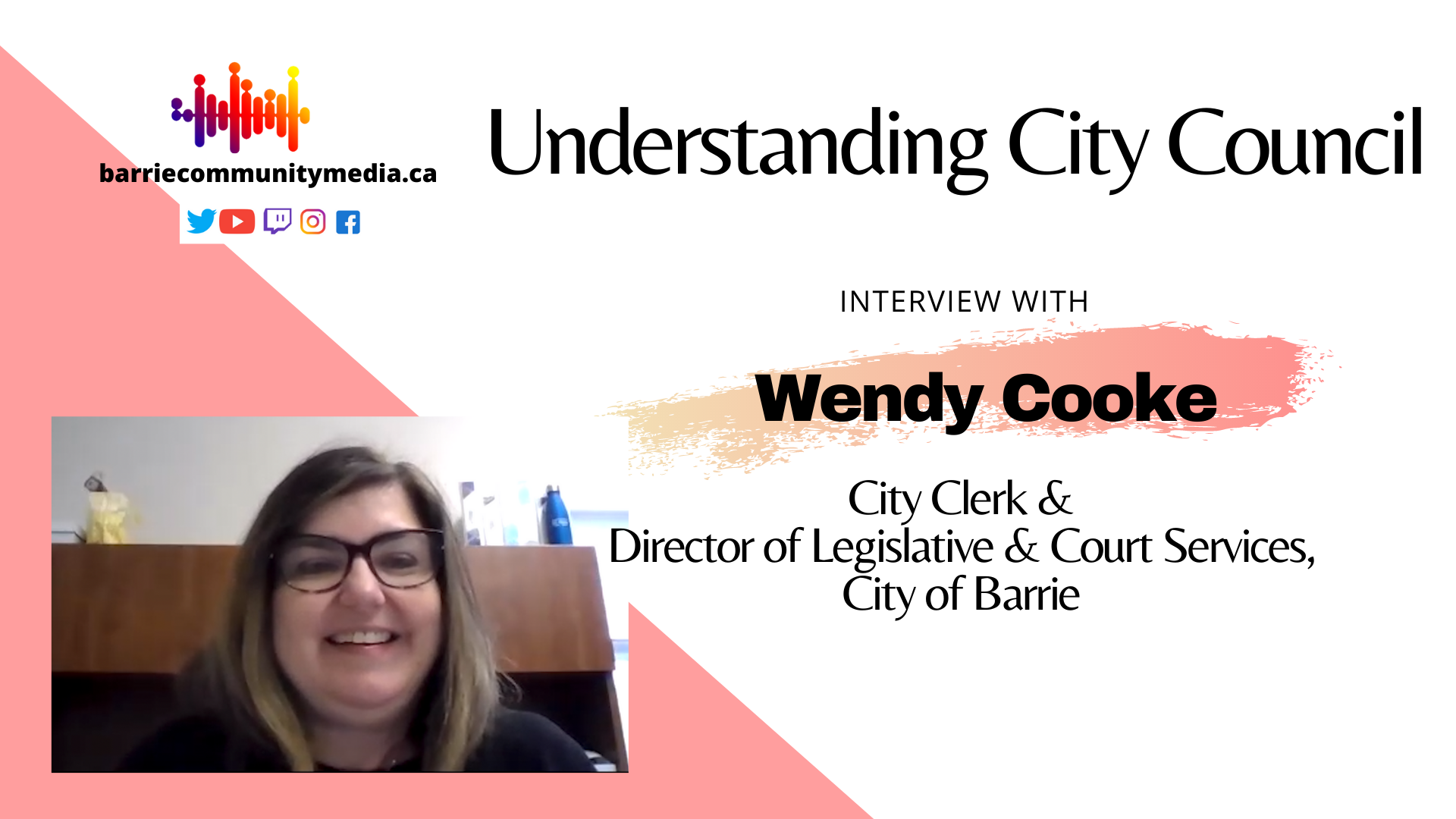 Barrie City Council which is composed of mayor Jeff Lehman and ten councillors holds a lot of meetings such as general committee meeting, finance and corporate services committee meeting etc. There are other committees where Barrie residents are also members of. For example, the Town and Gown committee and Heritage Barrie Committee. You can watch these meetings live on the city’s official YouTube channel.

But how do these different committees work together, how by-laws come into existence and how Barrie residents can get their voices heard by the city council? To get answers to these questions, we talked to Wendy Cooke. She is the City Clerk & Director of Legislative & Court Services.

However, there are certain services such as “ambulance care, child and human services and social services, so that would be the social affordable housing and long term care,” Cooke said. Barrie provides Simcoe County a contribution to offer these services. For example, a Human Services Committee composed of the mayor, the deputy mayor and two councillors oversees the services provided by the county.

All residents of Barrie whether are permanent residents or came to Canada on a student or work visa are eligible to be a part of the advisory committee. Rob Meier, a member of the Town and Gown Committee, in a recent meeting recommended having more diverse and student representatives in the committee. Meier is also one of the founders of Barrie Community Media.

As the council conducts most of its business in public, Cooke is put on the spot by the nature of her work, which is to provide information and advice to the council. Cooke asks for a five minute break during a meeting if “there’s more technicality to an amendment,” she said. “The mayor is very kind and he usually allows me to do that.”