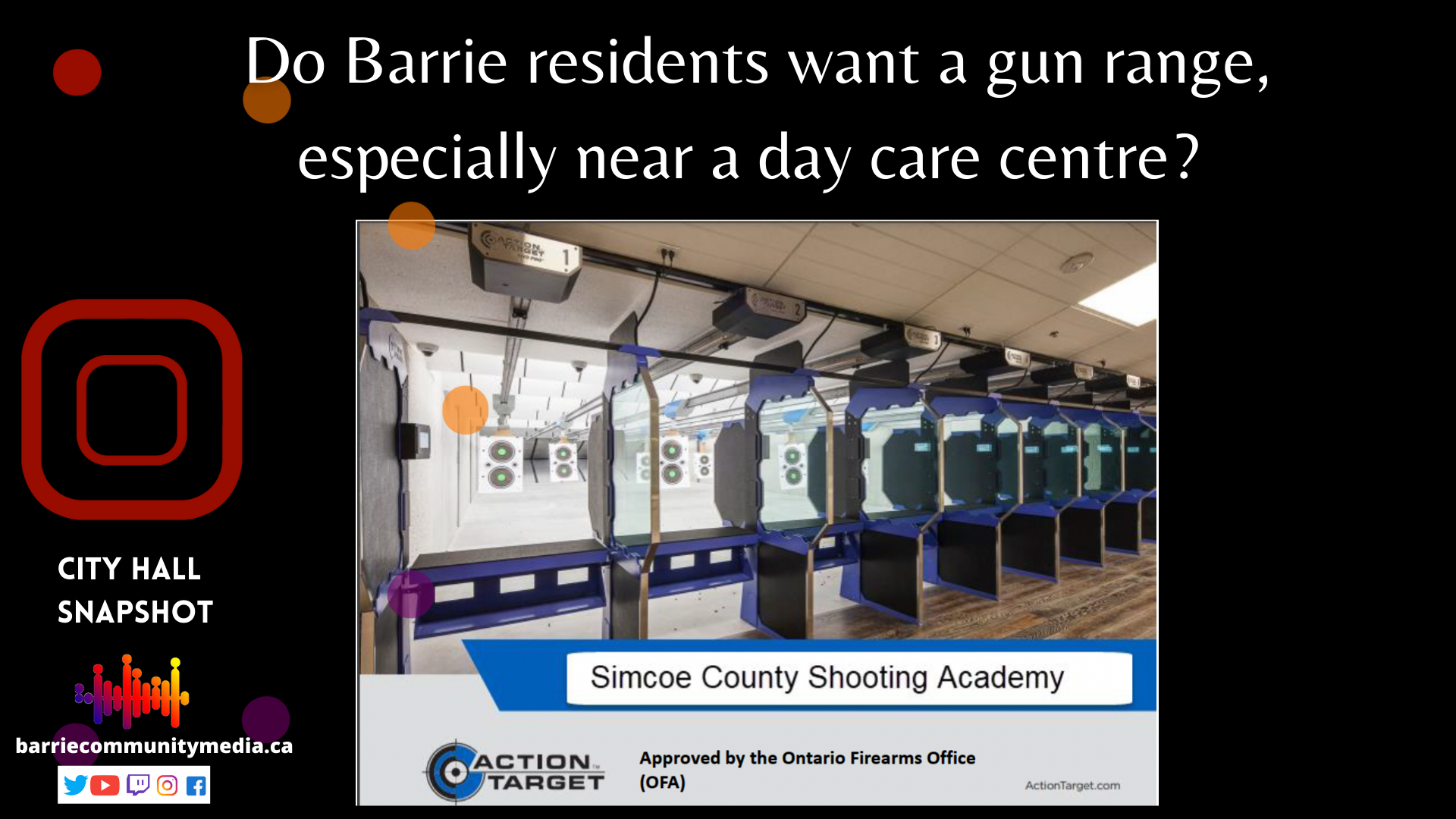 Simcoe County Sports Shooting and Educational Academy wants to start a gun range and education centre on King Street near a daycare centre and trampoline park. If approved it is going to be a 24 hour member only gun range. Barrie City Council needs to approve the proposal because according to the by-law 2010-36, no person is allowed to discharge any firearm within the City. However there are a few exceptions. For example, a law enforcement officer can do so while carrying out duties. A municipal law enforcement officer can also do it while killing an animal. The Department of National Defense, which has an armoury in Barrie, is also exempted from the by-law.

Roger Gray, a representative of the academy, made his case in front of the Finance and Corporate Services Committee seeking an exemption from the by-law to start the gun range. There were a lot of concerns about the safety especially by councillor Gary Harvey. The proposed gun range is located in his ward.

A gun range where multiple people will be present with a weapon raises a lot of security questions. So the approval process has been taking a long time. Since Gray’s first presentation in February this year to the same committee, the location of the proposed facility has been changed. Gray stated that the new location is still going to be on King Street but he is not sure where because he would need approval from the Council to rent a property. He said it is a chicken and egg problem. However, he confirmed that the final location will be on King Street on which Vertical Zone Trampoline Club and Kaleidoscoppe Play Centre are located.

Gray proposed a 24-hour gun range without any staff present. Harvey’s biggest concerns seem to be safety and security. Other committee and non-committee members did not openly share them. There were more questions for Harvey from the members of the committee than for the owner of the proposed gun range.

Councillor Harvey proposed a motion that would require identifying sensitive businesses such as daycare within 500 meters of the proposed location and seeking feedback from all businesses on King Street.