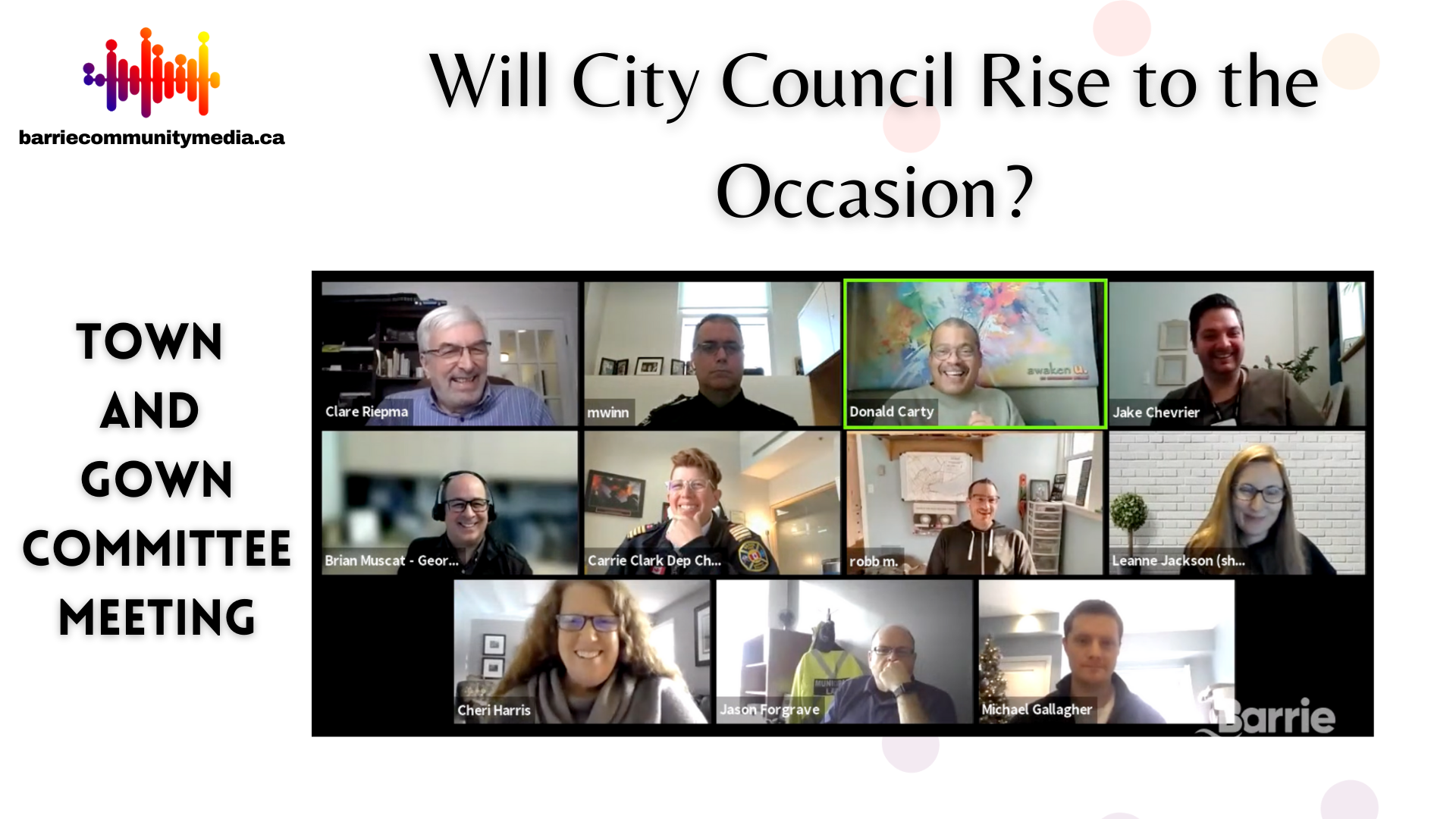 Barrie’s Town and Gown committee is finally taking the much awaited steps to make the committee meetings more inclusive. The late november meeting was filled with action oriented items to address increasing racism in Barrie.

City council of Oxford in Britain passed a motion in 2019 to become an anti-racist city. Among other initiatives, it will become a sanctuary city by advocating closing of exploitative detention centres run by the UK government and honoring the commitment of welcoming 10,000 child refugees.

Robb Meier wants to recommend a similar motion to the city council to make Barrie an anti racist city. “I think that would be a really great outcome for this committee to achieve.”

Another problem with many advisory committees is the lack of diversity. The committee members are selected every four years so new members will not be likely to join before next year’s council elections. However, a few committee members including Judy Morozuk, Jake Cheverier and Robb Meier, who is also a founding member of Barrie Community Media have been echoing the need for diversity. A part of that initiative, Donald Carty, co-chair of the Anti-Racism Task Force, was invited to the last meeting.

Donald Carty brought the committee upto speed about five action themes that his task force will undertake to affect positive change. “The first one is understanding. And this is to address and promote a stronger understanding of the needs of the city’s racialized populations,” he said. Other themes are messaging to create race based education, connecting to raise awareness, transitioning to better workplace practices and strengthening institutional accountability.

Judy Morozuk supported Chevrier’s idea and pointed out that the application process was inaccessible.

Councillor Ripma agreed that the application forms are not helpful and called for the complete revamp of them.

The application process is just one of the many residuals of colonization  in Canada. You can notice the colonizers attitude in the International Relations Committee, Tourism Barrie master plan and Barrie Heritage Committee.

It came late but it was refreshing to see that Georgian College representatives finally acknowledged the racism and discrmination faced by the students. “We also see some of the issues like racism and discrimination bubbling up, as well as sort of the historical student versus community sort of lived here for a long time,” Leanne Jackson of Georgian College said. However there was no acknowledgement of a recent report by the Ontario Auditor-General confirming that the Canadian secondary education system is based on exploiting international students, many of them from poor countries.

The recent hiring of by-law officers to allegedly target student housing near Georgian College shows that Barrie City Council has given in to the campaign of hate and disrimination. However, it is to be seen how receptive the council will be to ideas of equality and reconciliation discussed   by the town and gown committee.