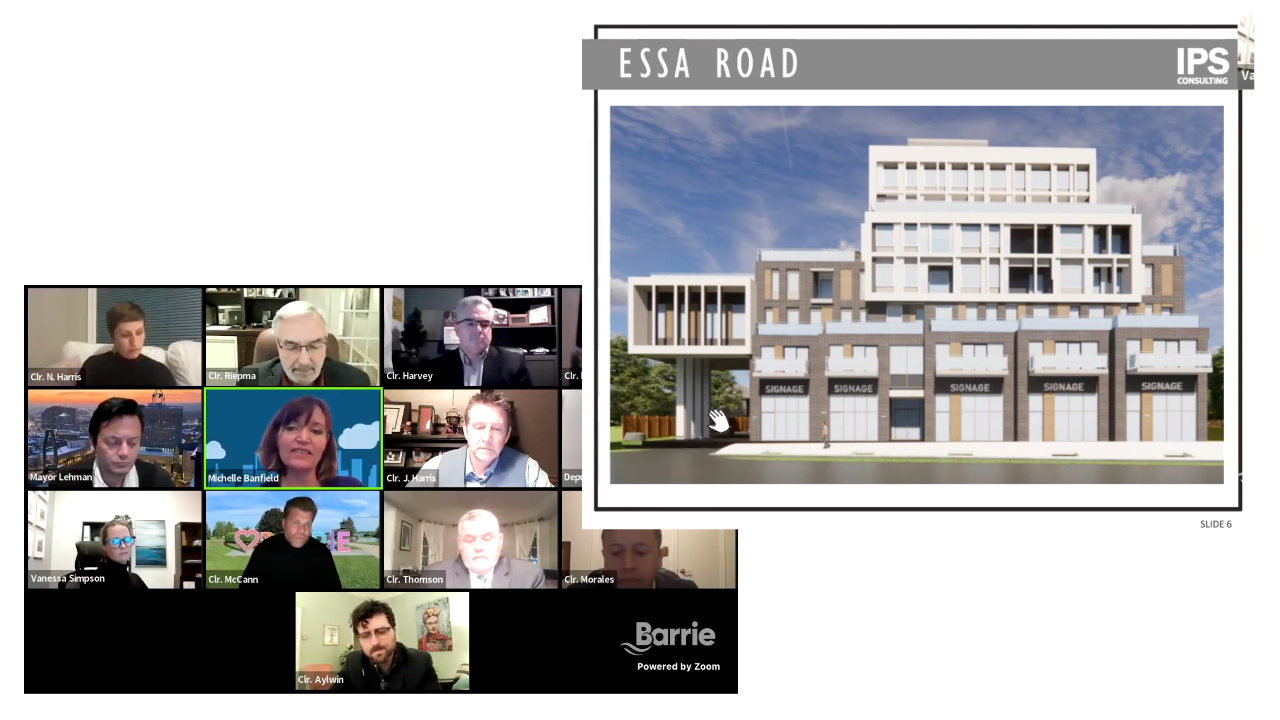 It was one of the longest and passionate planning committee meetings in recent history. More than five hundred residents signed to oppose the new development plan at 405 Essa Road by Sean Mason Homes. And over a dozen residents spoke against the proposed development during last week’s meeting. The resident body has also hired a consultancy firm to help them oppose the plan.

“This proposal is also a financial burden for me,” said Ann Lamarca, a single mother of two teenagers. She has to hire a consultancy firm to assess the possible damage if the plan is approved. “One of my boys, Tim, has low functioning autism. Because of this I only work half days so I can care for my son in the afternoons.”

It started in 2018, when the first proposal to build 16 townhouses was approved by the council.  However that proposal was appealed to and later approved by the Local Planning Appeal Tribunal (LPAT), which is now known as Ontario Land Tribunal.

After a long battle, Sean Mason Homes has decided to submit a new application this year for a much bigger development. This time, it wants to build a total 115 units on 0.7 acres of land.

Please use the time stamps in the comments to navigate through the video.

Michelle Banfield, Director of Development Services for the city of Barrie spoke briefly about the history of the site and residents’ concerns.

Many residents spoke against the proposed plan.

Melissa and her family moved from Brampton to Barrie last year. She wants the city to adopt smart planning policies. “While we recognize that this area was going to grow, we assumed it would be developed through a smart growth strategy.”

Other residents raised concerns about a green and livable city while opposing the proposed development.

Margaret Ellis talked about the impact on traffic of having hundred more cars on the street. She also said the original approval of 16 townhomes is appropriate for a less than an acre land.

Ian Hunter, who worked in the construction industry for 37 years said that Sean Mason Homes does not have the experience to take on such a big project.

Steven Twist also raised questions about construction of so many units on a small piece of Another resident Steve Trotter said that the original plan is the right plan for the plot. HeI spent some time researching the portfolio of Sean Mason pools. “And the experience to date is predominantly predominantly to occasional three story townhomes,” he said. “The jump to an eight story building with underground parking is colossal in terms of the experience required.”

As the development falls into the Ward 6 of Councillor Natalie Harris. Only she was allowed to ask questions. She expressed disappointment that even after approval the entire process has restarted. “So it’s just I’m saddened that we’re at this point to be honest for the residents that have been going through this for so long.”

The public meeting was just the beginning of a long approval process. We will keep you updated as the story develops.

Criminalizing Homelessness – Woman Ticketed for Living in a Tent