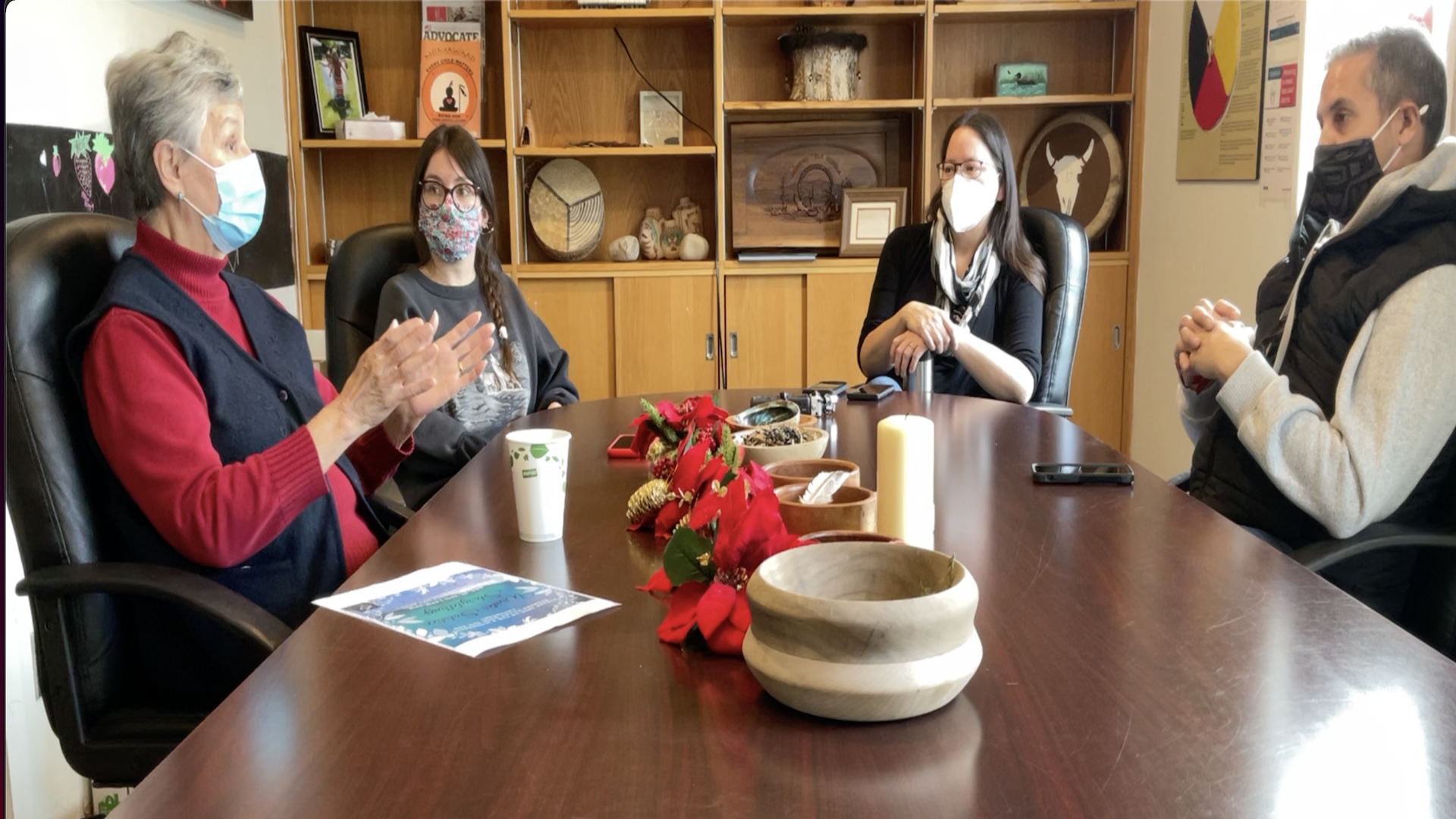 In the wake of the George Floyd protest, Washington Redskins, an American football team, dropped “redskins” from the name after major advertisers threatened to cut ties.

Greg Dumoulin, a staff member of Barrie Native Friendship Centre (BNFC), asked Ernestine Baldwin, Elder and co-founder of BNFC, what she thought about sports teams changing their names “and how do you feel about the name still existing like the Chicago Blackhawks?”

They were joined by the executive director of BNFC Samantha Kinoshameg and a staff member Paige Russell in the second episode of Shining Water.

Baldwin said she didn’t think Chicago Blackhawks was an offensive name but “the Redskins got under my red skin.” Another thing that was offensive to her was the tomahawk chop, fans of the baseball team Atlanta Braves rock their arms back and forth in a chopping motion. “I thought what the heck are they doing this stupid thing for?” The motion was described as racist and inaccurate depiction of Indigenous culture but still defended by the officials of the team and NFL.

Samantha Kinoshameg said it was more than stereotyping. “It has to do with historically how indigenous people were perceived through the Americas and even Canada. And how we went from being Savage, noble savage.”

Indigenous people are often asked about their identity in their own land due to ignorance among the majority of the population. While in school in Toronto, Baldwin’s teacher asked her if she was   “a gentile or a Jew?” She replied “I’m a Jew. Gentiles had to do with reptiles and even didn’t know what that was. I said, ‘I’m a Jew.’”

Being raised by her grandmother until she was 10 or 12, Bladwin’s mother never lost her language.

Indigenous people with darker skin faced more discrimination than those with lighter skin.

Paige Russell said “I’m fair skinned, and a lot of people didn’t even know that I was that I am indigenous until I would tell them.” Her oldest sister faced racism due to her “indigenous traits.” “People would call her BIF. A Big Indian Female.”

Dumoulin said “people always thought that I was either Italian, or European or something like that. And so I had never, I never experienced racism”. His grandmother was Cree and died by suicide when his father was four. “We don’t know a lot about her.”

Baldwin said it was hard for her to talk about the Canadian government’s acknowledgement of atrocities committed against Indigeous people because “what damage they have done it’s and then to hide it.” The government “blame us for the conditions that the native people are living in now that it’s our fault but it was their fault.” Baldwin wants continuous compensation because the “native people are living in third world conditions and the rich people are getting richer and richer off the land.”

Kinoshameg talked about leading the Barrie Friendship Centre as the executive director.

“I think that’s really interesting about working at a friendship center, is we meet people whose ancestry is from all over Canada,” Kinoshameg said. “We have people who have ties to different parts of Turtle Island.” Some Indigenous people refer to North America as Turtle Island.

All four shared funny stories on and off reserves.

“When you’re talking about Turtle Island, this is funny,” Baldwin said. A colleague asked her son Kevin where Turtle Island was. “Kevin says all I don’t know. I think it’s somewhere up.” Everybody burst into laughter.

“There’s humor in everything that we do. And we like to tell funny stories,” Kinoshameg said.