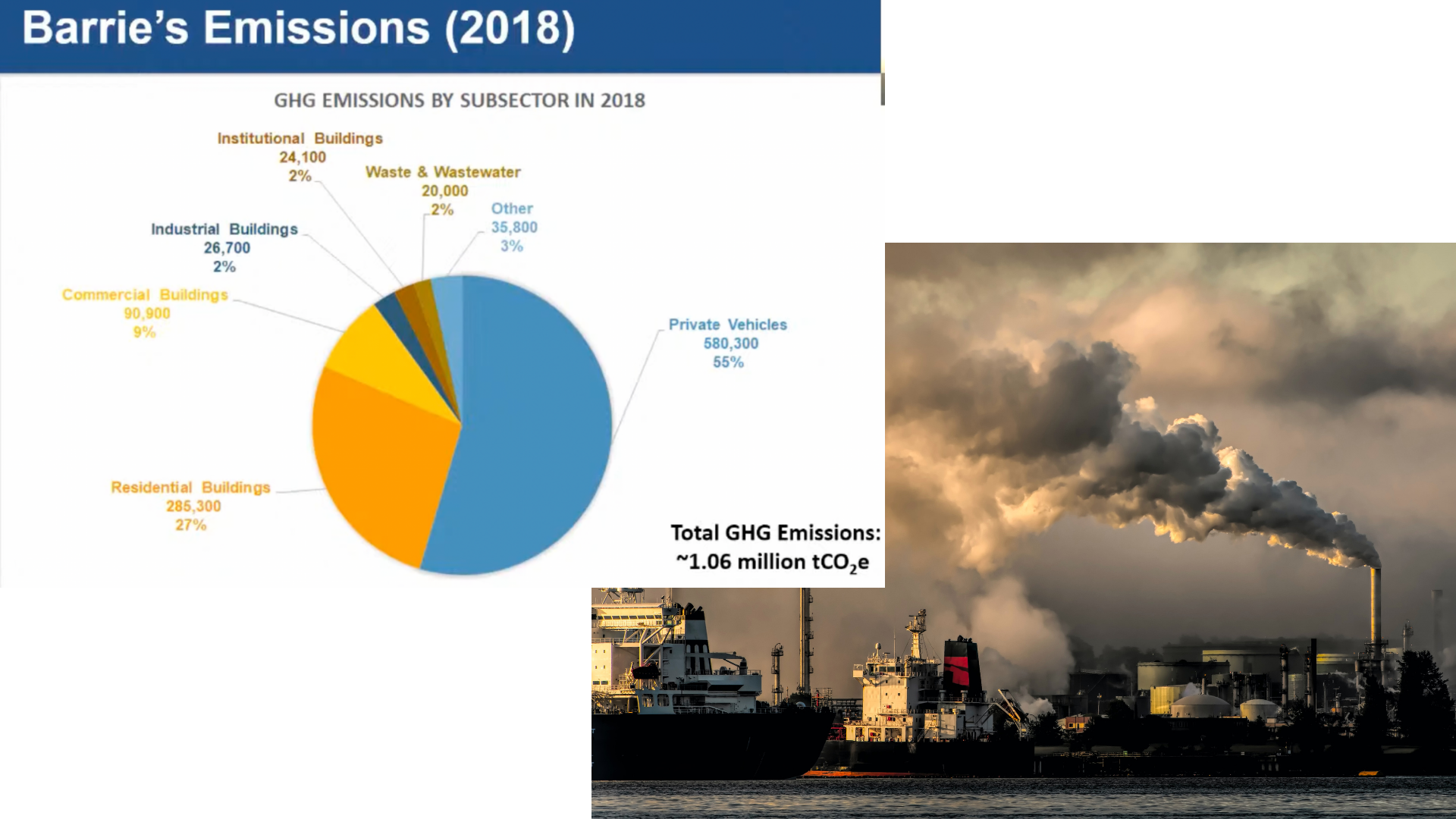 It has been almost seven years since Canada signed the Paris Climate Agreement to reduce greenhouse gas emissions. And the city of Barrie has control over almost half of the total emission that occurs within the city. This week, the city finally presented a plan to do its part. The planning started in 2018 but got delayed due to the provincial government’s funding support structure. The goal is to reduce emissions by 45% by 2030 and become net zero by 2050.

The major focus of the plan was to reduce emissions from buildings, which constitute 40 percent of emissions. Barrie plans to offer various incentives to help buildings reduce their carbon footprint including retrofits.

“We need to establish a program that targets existing buildings of businesses and residents, and give them the opportunity or incentivize people to make changes and retrofit their buildings so that they can reduce their energy usage,” said Adam McMullin, Barrie’s Manager of Energy Management. “And in particular, their fossil fuel uses.”

To oversee the plan, the council has approved a climate change coordinator position in the 2022 budget.

McMullin presented a plan this week. The official plan will be presented for feedback in February and will go to the Council for approval in March.

Reliance on green energy is a big part of the plan to achieve net zero emissions by 2050.

The transition to net zero and clean energy is going to be expensive. So the proposed model is municipally-led and community supported.

The biggest emitter of the greenhouse gas in Barrie is transportation accounting for more than 50 per cent. Kelly Patterson McGrath, committee member, asked about plans to address it.

“I’ve been focusing on the building side because it’s a very straightforward activity that the city can take. Let’s develop a standard for new construction,” McMullin said. They’re essentially, like 1000 different pathways to slowly do many things in order to get people away,” he said about getting people away from cars.

“I wonder if there’s an opportunity for us to identify key action there,” councillor Keenan Aylwin said about addressing emissions from private vehicles.