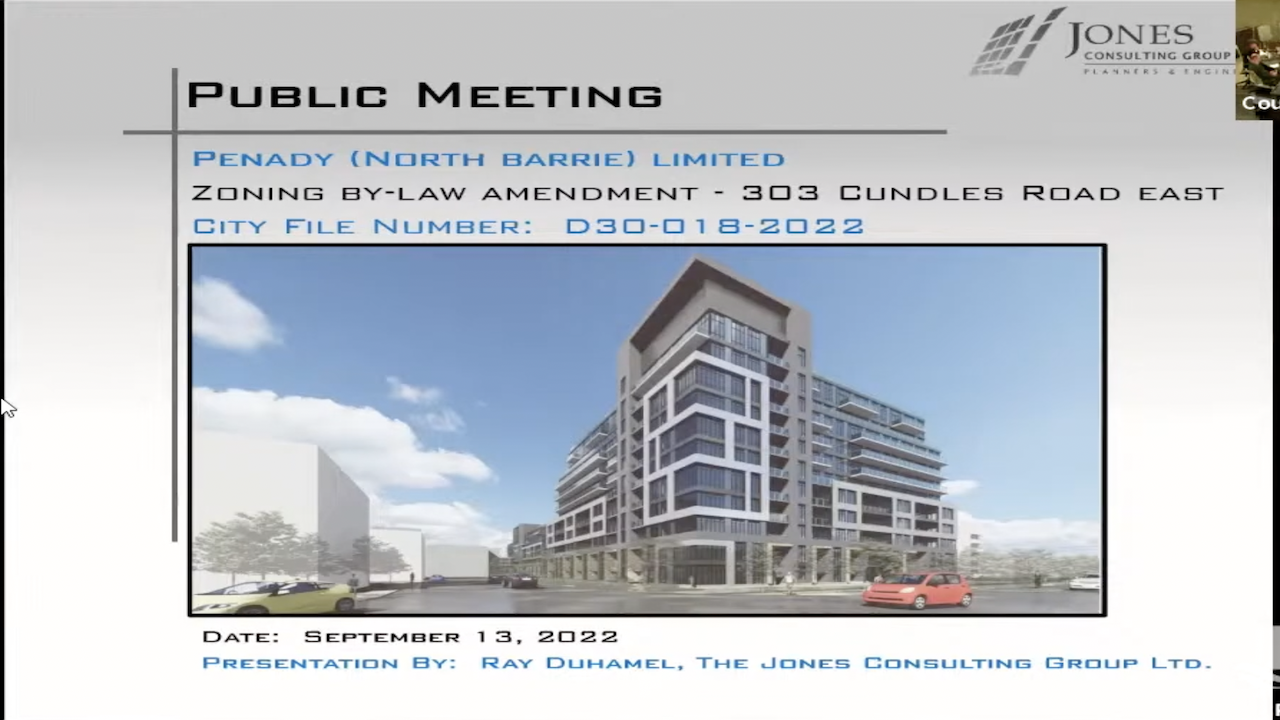 Three new developments were proposed during this week’s planning committee meeting. Two biggest are at 109 Park Place Blvd and 303 Cundle Road East. The third development plans to convert a 1873 mixed use building into five townhouse units.

First for Barrie, a developer is proposing to add residential development to a regional commercial shopping area.109 Park Place Blvd, located in Ward 8 near highway 400 and Mapleview drive, currently has a number of big box retailers including Home Depot.

“We are talking about approximately 350,000 square feet of development that will take place over three phases with an anticipated 475 units plan. Resident parking is planned to be located below grade,” said Aly Hamby of Petroff Partnership Architects.

Jim Harris, the councillor for Ward 8, said people are excited about the development.

Innovative Planning Solutions presented plans for the redevelopment of 193 and 197 Lake Street properties on behalf of the developer, Federal Corporation.

Though there were no major concerns raised about the first two developments, residents and the ward councillor raised affordability, traffic, construction noise and building height concerns about proposed 505 residential units at 303 Cundles Road East. Residents said an additional hundreds of cars would make the traffic worse. The development has been under planning for the past 10 years and according to the current plan, it will have three buildings – 12, 11 and 8 stories.

Ann-Marie Kungl, the councillor of Ward 3 where the project is located, asked for provisions for affordable housing.

Ray Duhamel of Jones Consulting Group did not offer a clear answer due to higher labour and construction costs. “They (owners) don’t even know what it’s going to cost to build these units in a year, or two’s time from now.”

He also put the ball back in the City court asking for clarity on a community benefits charge (CBC) by-law that empowers municipalities to allow high density development in exchange for community benefits, such as making developers provide a certain number of affordable housing units.

At least one Ontario city has been taking advantage of the CBC by-law. Heather MacDonald, Burlington’s director of city building, as quoted by squarefoot.ca, told in a BILD webinar that “Burlington was very successful at using Section 37 of the Planning Act to build affordable housing.”

Will City Council Rise to the Occasion to Address Racism by Following Town and Gown Committee’s Lead?