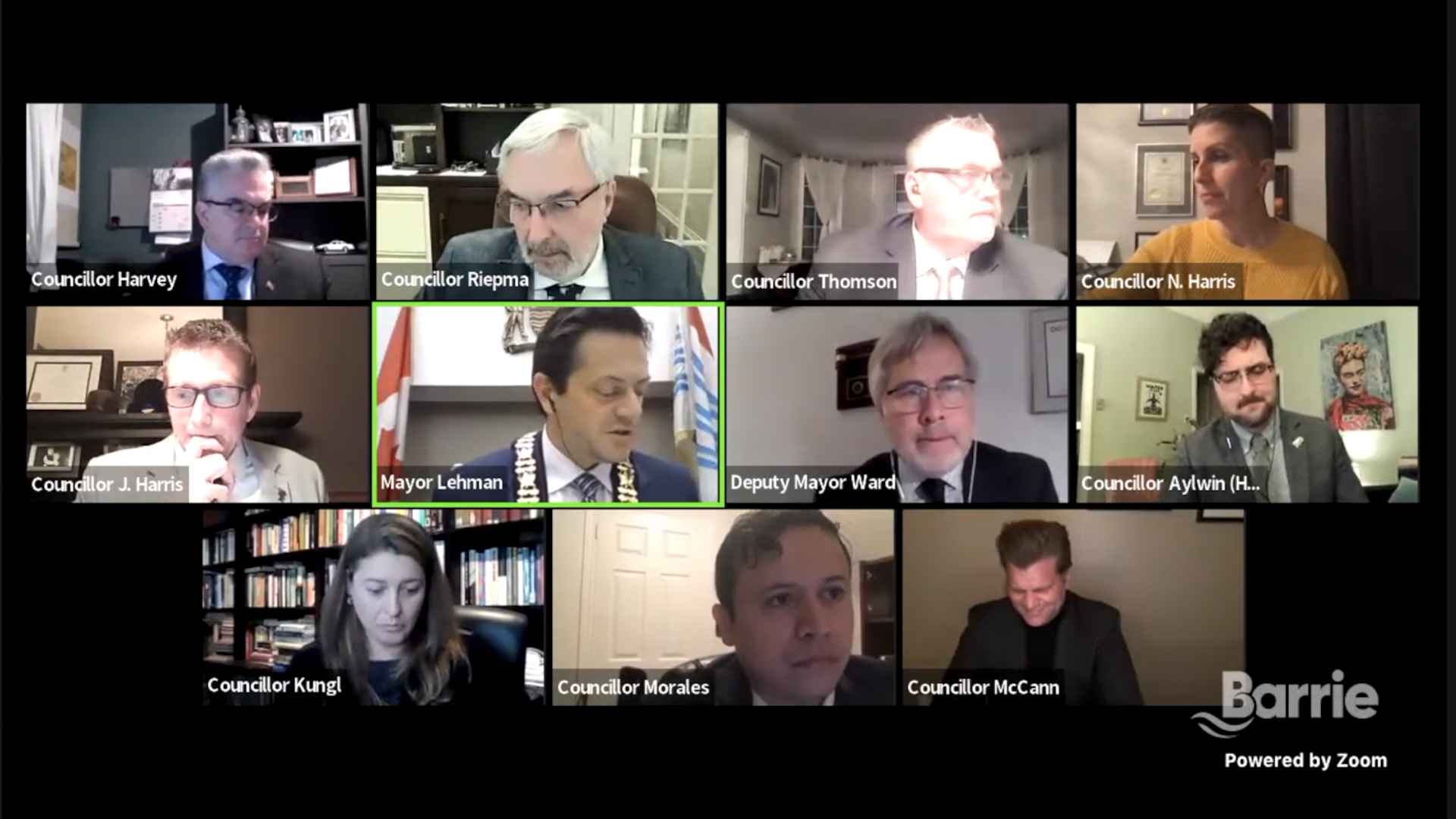 He started Monday’s city council meeting thanking front line workers including healthcare staff and city employees for their service during the pandemic.

Important issues discussed during the meeting were retirement benefits for the city council, strategy for pickleball promotion, changes to rules with respect to lawsuits against the city, launch of the new International committee website and a presentation from Royal Victoria Regional Health Centre about their expansion plan to service the rapidly growing population of Barrie.

An amendment by Councillor Robert Thomson to keep city councillors excluded from OMERS was passed. Councillor Gary Harvey supporting the amendment said “I don’t think that at this point, we can really justify adding all of the council to that.” He said the pay of the councillors would go down by “almost $3,900 a year” if councillors are added to OMERS. “Which would then put the take home below the $1,000 mark.” Councillor Sergio Morales who voted against the amendment said OMERS is “going to bring those more diverse voices” to Barrie city council who don’t have “family wealth.”

The insurance premium in the last budget was more than $600,000 the city paid the year before. Councillor Clare Riepma, who introduced an amendment “to the request to the province of Ontario for a plan of action to address joint and several liability,” said the liability is one of biggest reasons for the premium increase. In October 2019, Association of Municipalities of Ontario (AMO) submitted several recommendations including a cap on economic loss awards to Premier Doug Ford government. This amendment seeks to get results of the review conducted in 2019 with AMO and municipalities fully participating.

In support of the amendment Mayor Jeff Lehman said unlimited liability “almost bankrupted a township in Eastern Ontario who were found to have to carry 100% of the cost of a lawsuit over a misplaced construction sign that was alleged to have contributed to a car accident.”

Janice Scott, President and CEO of Royal Victoria Regional Health Centre, presented an ambitious expansion plan to support the rapidly rising population of Barrie that according to the recent official plan is expected to reach 300,000. The new south campus will be located on a 83 acre site, less than four kilometers south of Barrie. “Within 20 years, the south campus will evolve to be a full service, acute care hospital with a 24/7 emergency department, birthing units and operating rooms,” Scott said.

RVRHC, which works with Barrie Native Advisory Circle, has a “dedicated indigenous health team.” Scott said it “will continue to consult with our indigenous partners not just as we expand in the future, but what we can do today to improve our spaces, practices and services.”