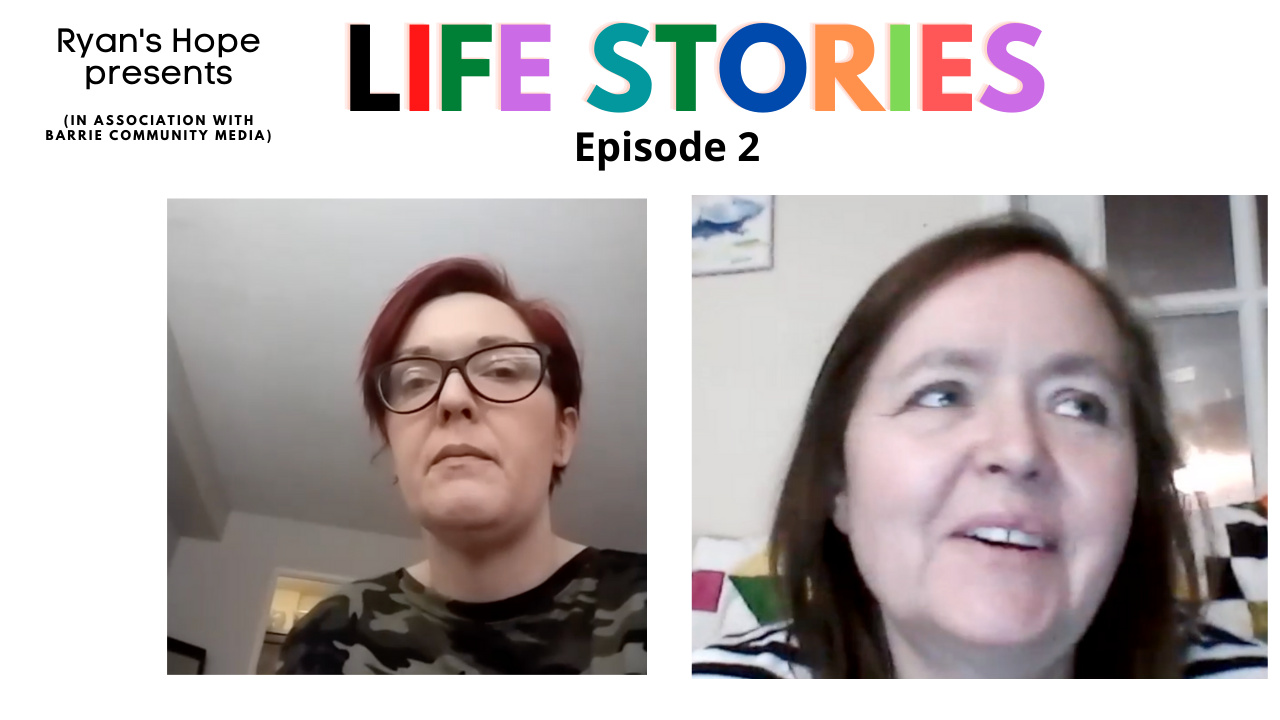 For the second episode of Life Stories, Christine Nayler talked to Claire, Ryan’s best friend. Nayler co-founded Ryan’s Hope with her husband in memory of their son.

Claire said she had a similar suburban upbringing that of Ryan and “didn’t even know where to get weed at first.” Her ex-husband “was born addicted.” His parents were also addicted to drugs.

“It’s something people should know that can happen to anybody,” she said.

Claire said people with drug addiction are “not treated like human beings.” We’re judged on how we act, on how addiction can make us act.” She said “we’re just trying to hide pain, excruciating pain that we don’t know how to deal with in any other way.”

“When I first got hooked, I felt very low. And I thought, how can this happen? How am I not able to stop doing something so stupid? That’s hurting me, that’s making me sick? That’s making my parents devastated. How can I not stop?” she said to Nayler. “And then I found that there were other people exactly like me. I wasn’t alone. And I don’t want anybody else to feel alone.”

Claire has been to rehab because that was the condition to avoid jail time after she was arrested. “When I went, I learned a lot of things,” she said. “They said, ‘you’re gonna learn the most from the people around you. You’re gonna learn from your peers.’” People told her that “you can’t do it alone. You have to do it with people, no one can do this alone.”

Claire had been clean for 11 years before she relapsed. “It smacked me right in the face. It was crazy.”