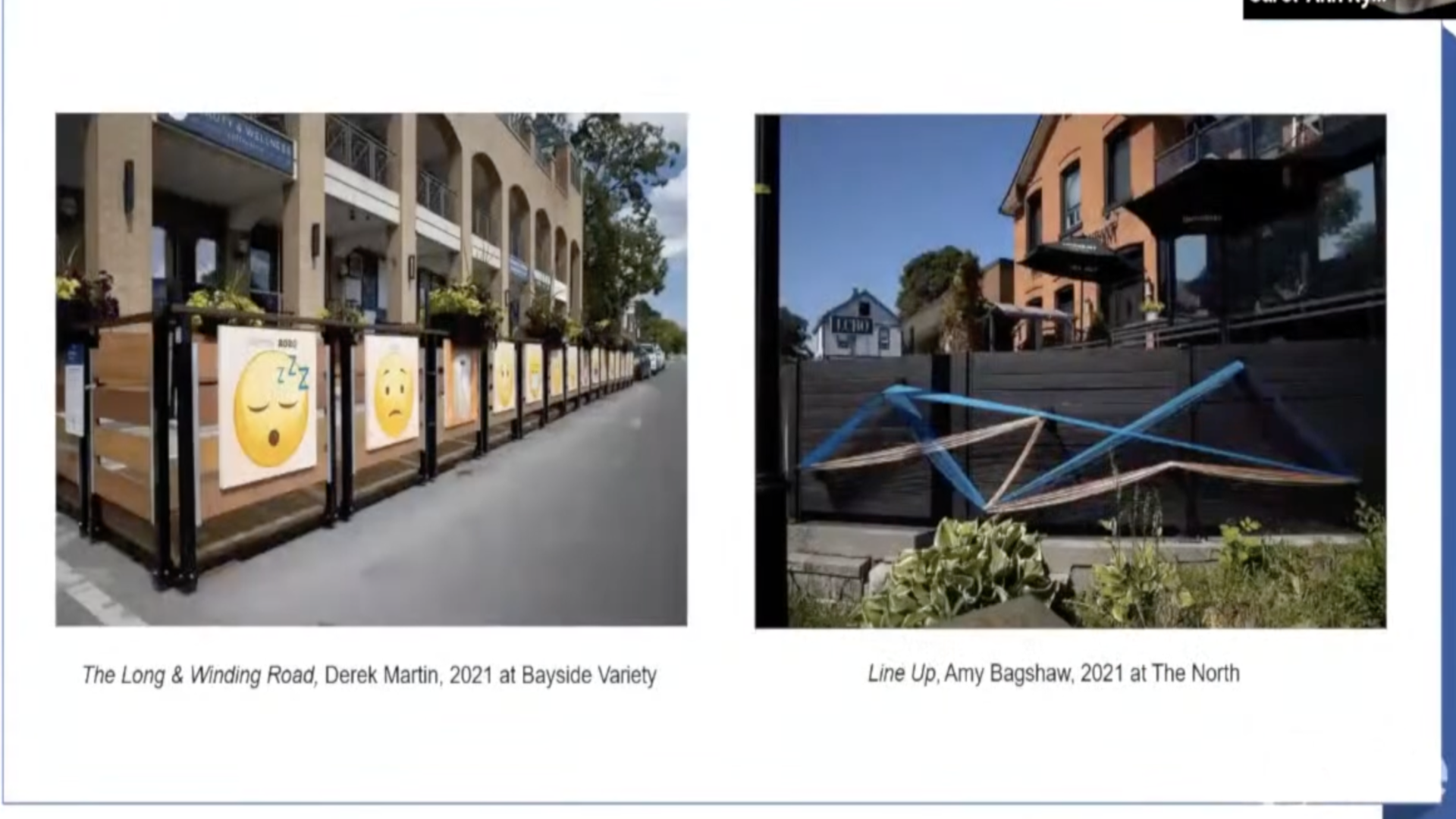 In 2012, during Jeff Lehman’s second year as the mayor, Barrie City Council approved its first public art policy. Since then a number of projects including the Sea Container mural at Meridian Place in Downtown has been successfully completed.

Due to public arts role in “placemaking, and community building” many “cities such as Kingston, Mississauga, and Markham all have active public art programs, and the practice is emerging in smaller communities like Orillia, Midland and Bracebridge.”

Brightening Barriers, a temporary public art project that brings original works by local and regional artists to patios throughout the downtown, is making a comeback this summer. Ryan said “it will include the reinstallation of four exhibits that were up last year. And there will be four new exhibits.” There is a more demand from downtown businesses for such artworks so the city is “looking forward to hiring four new artists to create original works this coming year.”

There are many trained mural artists in Barrie as a result of its partnership with Mural Route, a mural making advocacy organization in Scarborough, and the city is “looking forward to working with” them to create more murals.

Ryan told the committee that the future plans include creating a public art master plan to “have a guiding tool to take us through the future stages of the program. We are hoping to integrate practices and policies that will champion public art within city programs and processes. We’re looking to support and cultivate significant and permanent public art projects for our community.”

Councillor Natalie Harris wants collaboration with “unhoused” residents of Barrie. She suggested “having some public art that was made solely by” them “that obviously would be their expression of their lives and what they’re going through. But I think it would be a really great idea to bring that community.”

Harris offered to connect with artists, who “would love the opportunity to really put some of their story, which is in Barrie, out in Barrie.”

Though Barrie does not have such a program, Ryan said “that’s absolutely something I’d love to speak with you more about.”

‘We are Not Treated Like Human Beings,’ says a Woman Facing Mental Health, Substance Use Issues