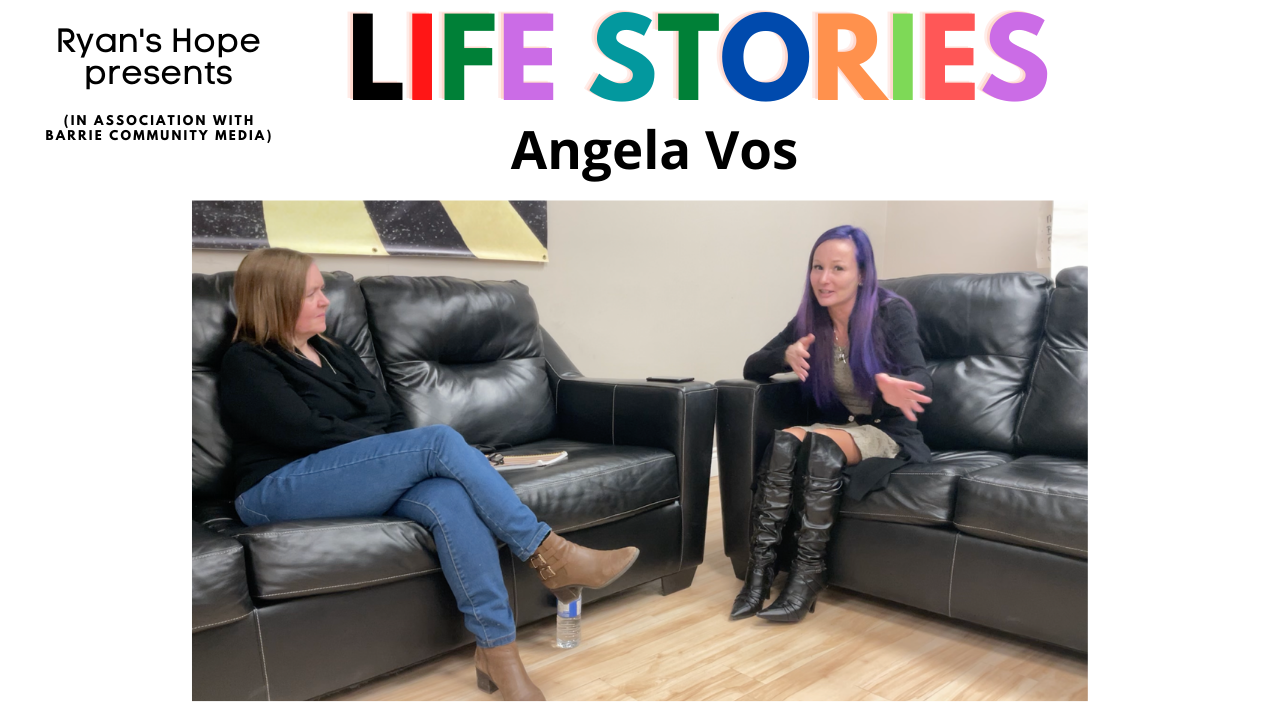 During the recent episode of the Life Stories podcast, Christine Nayler talks to Angela Vos about her son’s life and struggles

At the age of 26, Jordan died at the Central East Lindsay Correctional Centre.

“His death was quite horrific,” Angela Vos remembered her son, who struggled with mental illness. She was talking to Christine Nayler during the recent episode of the Life Stories podcast.

“But even before his death, the leading up to what had happened to Jordan was quite traumatic for our family for about a year and a half. But at the ending event, we actually asked for help. That’s why we put Jordan to where he was and never got to see him again,” Vos said.

But before his struggles with mental illness, “Jordan was like a vibrant kid, he always had so many friends.”

“He was outside from first thing in the morning, the sun came up to the last thing at night doing kickflips and all of these crazy activities. So we finally got him a dirt bike because that’s what he wanted,” Vos added.

Both Vos and Nayler are “warrior moms,” mothers who lost their sons to opioid and drug crises.

Vos started Justice for Jordan in memory of her son, while Nayler co-founded Ryan’s Hope with her husband Tom to remember their son.

On the other hand, Nayler remembers Ryan as “a little bit more quiet.” Nayler added that “He didn’t have a huge group of friends but he had a small group of really close friends.”

Ryan, who loved street hockey, played it with friends and his father Tom.

As Ryan got older, he studied martial arts. “He did self defense classes with me and his sister in the living room, because he felt we should know how to take care of ourselves if we ever encountered a bad situation when we were out alone,” Nayler said.

Jordan taught his mother kickflips on a skateboard. “He taught me how to snowboard too. I was 33 years old when I learned so he was like, you can do it mom. And I was like, I don’t know buddy,” Vos said.

Vos said Jordan “was just manipulated by the wrong people in the wrong crowds.” Vos and her husband would help him break away from the bad influences but without long term success.

“He just kept saying, Mom, there are demons in my brain. I just can’t get rid of that.”

Over the period, Jordan “got to the point of psychosis. He had been arrested.” After Vos bailed him, he was sober for almost three years. His illness became severe as he started “beating himself up, punching himself in the face, throwing himself downstairs.”

After Jordan’s small stay at the hospital, he did not receive any medication to deal with the psychosis.

“He has no meds, they won’t tell me anything. And by the end of the weekend, Jordan had overdosed. I found him dead at four o’clock in the morning and revived him,” Vos said.

After relatives and friends came to know about Jordan’s mental illness, Vos found herself alone taking care of him. However, another relationship breakup made matters worse for Jordan and Vos could not help me much longer.

Vos is now an advocate for people dealing with mental illness and substance use issues.

“I think the stigma needs to stop with the hatred that kind of goes around and we need to accept people for who they are irregardless of whether we agree with people’s lives,” she told Nayler.

Even though Jordan is gone, his memories remain with Vos.

“He was my sunshine,” she said. She misses him messing up with her hair. “I really miss his craziness. He’s bouncing around all the time, the energy, the vibrance love.”