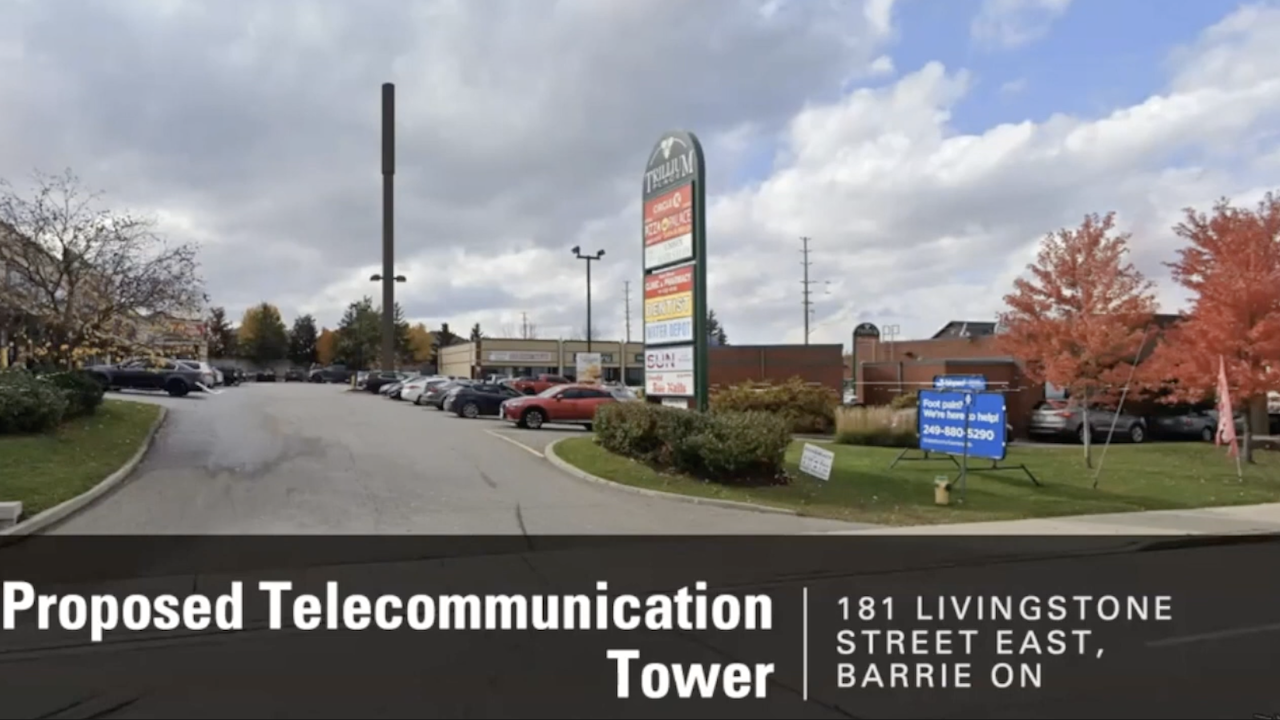 Barrie is growing rapidly. Its population is expected to almost double in the next thirty years. The growing city will put more pressure on existing infrastructure such as roads, water, parks, libraries among others.

Internet service is another important area coming under pressure. To ease the burden, more telecom towers are expected to go up in the near future. Shared Towers Inc. wants to put a tower on 181 Livingston street to serve the nearby area that does not have one.

But during the recent meeting, residents closer to a proposed tower raised health, property value and “not in my backyard” concerns.

Representative of Shared Towers Inc. said that the proposed tower will be “a 20 meter light pole style structure” and follow Safety Code 6 guidelines set up by the Health Canada’s “recommended safety limits for human exposure to radiofrequency electromagnetic fields (EMF).”

Barrie city planner Tyler Butler said that according to the telecommunications protocol, the towers should not be in residential areas.

Another resident Danielle Coutts pointed out that there are schools and a college near the proposed location.

Tina Kerr, a resident, said that the towers in homes adversely affect the values of real estate. Dominique Claros of Shared Tower said that according to Industry Canada “telecom towers, whether on rooftops towers, light pole replacements, any kind of telecom infrastructure doesn’t affect the house value in the long term.”

However, the most raised issue was the proximity of the towers to some of the homes.

“Do you (councillors) want this in your backyard?,” Hastings asked. “It’s pretty much in our backyard.” He said that “maybe we could go put this right in the backyard of our Member of Parliament, Doug Shipley.”

YMCA to have $5 million funding gap even if city council approves requested $2.5 million