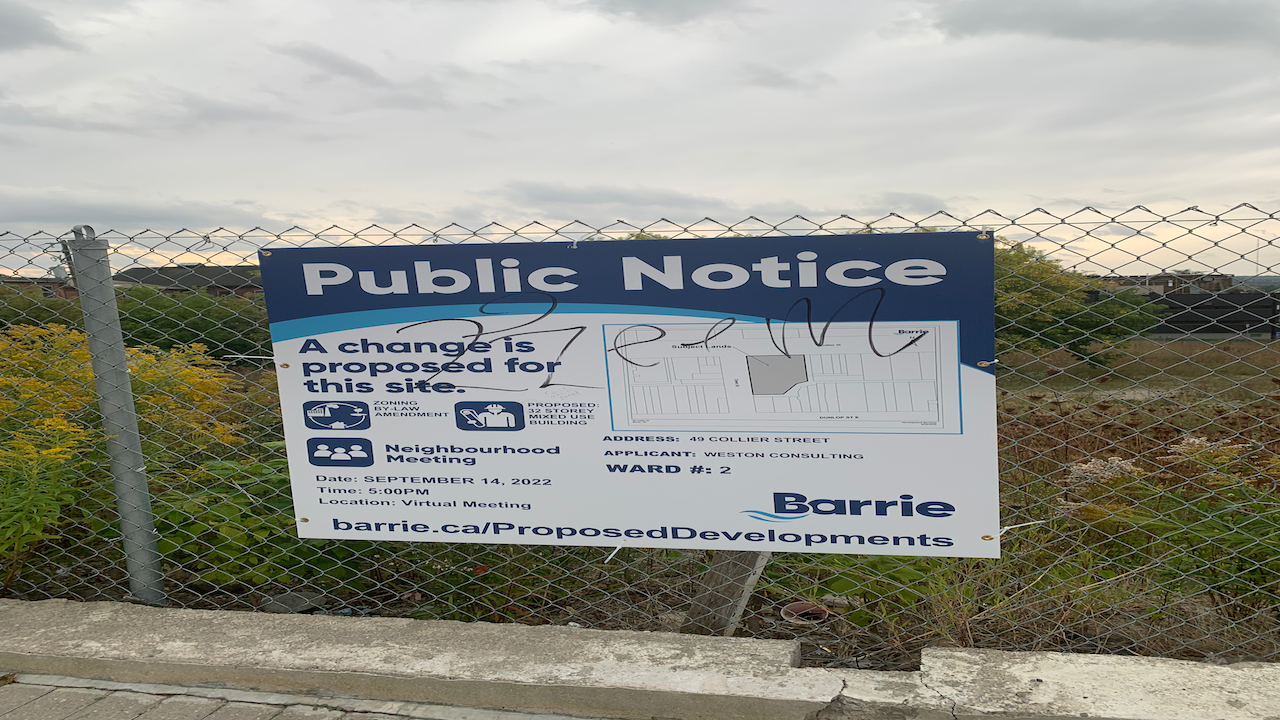 The plan for a parcel of land on the intersection of Collier St. and Oven St. was finally presented in a neighbourhood meeting on Friday. The current proposal to build a 98 metres, 32 storeys building is almost double the earlier proposal of an 18 story building.

The building, located behind Hooligans, a sports bar on Dunlop St., will have a total 253 residential units, 234 parking spaces and more than 1,200 square metres of retail space. However, there will be no dedicated commercial parking space as the “City’s zoning bylaw does not require it, and there is plentiful parking along the streets with the downtown area,” said Michael Vani, planner for the developer. The parking, 0.92 space per dwelling unit, will be spread over five levels, including one underground and four above ground. The “soil conditions in the downtown area do not allow” more than one level of underground parking, said Andrew Shields, architect for the development.

To attract different types of housing groups such as “those looking to downsize to single family households or those looking to enter the market”, one, two and three bedroom units are being proposed.

“At least over 10 per cent of the units are going to be three bedrooms, and a significant amount of two bedrooms, so to have a good range of larger units, which we think would be beneficial overall to the community,” Vani said.

The staff report will identify and address comments and feedback received throughout the process including during the Friday meeting and the future Planning Committee meeting. The final report is expected to come out mid to late next year and construction is expected to start not before 2024.