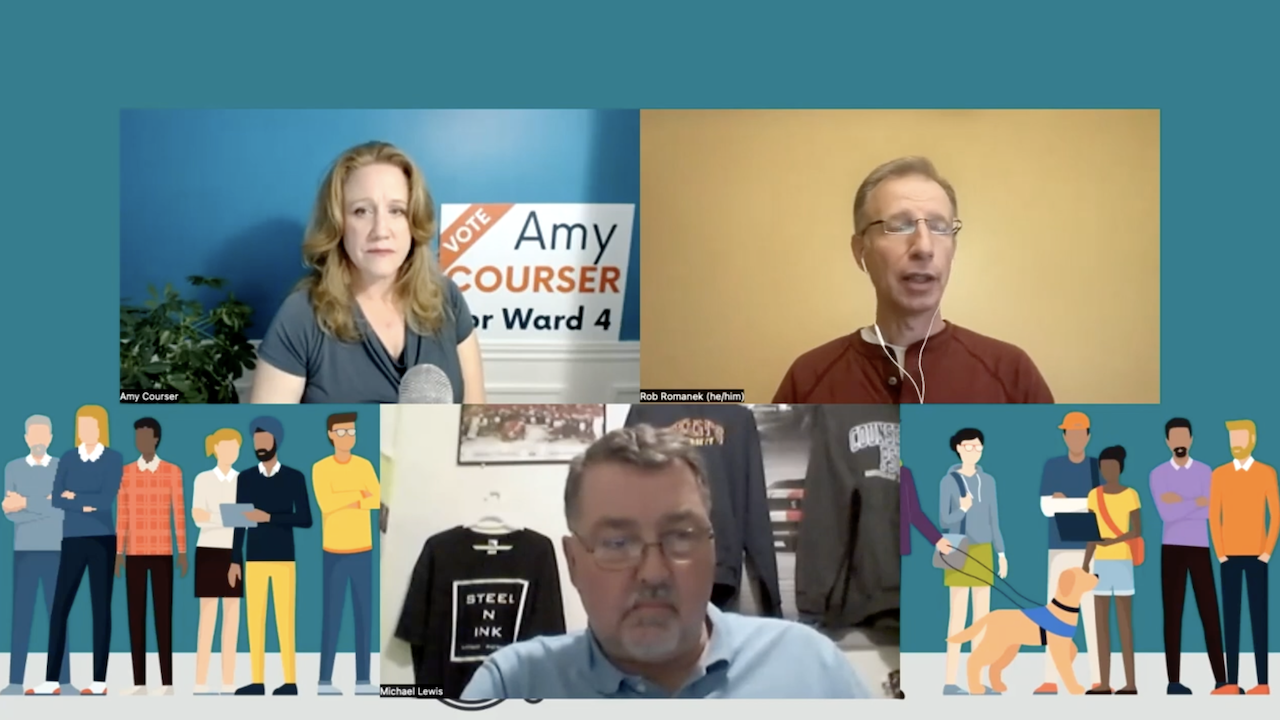 For the first time in 22 years, Ward 4 in Barrie will have a new councillor. The current councillor Barry Ward is running to be the next mayor instead. There are eight candidates in the race and two participated in a debate organized by Engage Barrie – MIchael Lewis and Amy Courser.

​MIchael Lewis has been living in Barrie since 1980. He has no political experience but wants to give back to the community through public service.

Amy Courser has a professional background in manufacturing, accounting and marketing. He volunteers for Barrie Food Bank and is a founding member of Politics for Women. Courser top priorities are improving accessibility, solving homelessness and enhancing access to services.

The debate was moderated by Rob Romanek of Engage Barrie and candidates answered questions related to homelessness, affordable housing, making Barrie a more inclusive society, among others.

Lewis said many people have written to him about the homelessness and housing affordability. He said the housing “supply has to increase” and “NIMBY (Not In My Backyard) has to be eradicated.”

Courser said “that our community is in crisis. I believe that housing is a human right.” Her first priority is to find housing for the homeless while supporting them. “Second priority I have is when discussing truly affordable housing.”

“I believe that mixing economic development with arts and culture is the key to creating a city that will continue to attract youth,” Courser said. She would also support entrepreneurship especially for youth between ages 15 and 19. Courser also vouched for active transportation and entertainment options in the downtown area.

Lewis wants to create office space with internet infrastructure so Barrie residents don’t have to commute to Toronto for work.

Lewis laid out three priorities to accommodate the growth – “infrastructure to accommodate side growth, internet for people to work from home, and educational institutions, so we can cut back on transportation costs and decrease traffic congestion.”

Courser, who was born and raised in Barrie, said the city has become a bedroom community for Toronto. “We need to concentrate on attracting businesses and companies to our city.” She also stressed the need to make a walkable city. “So we can build that culture and that strength that we need, because the city is nothing without its community,” she said.