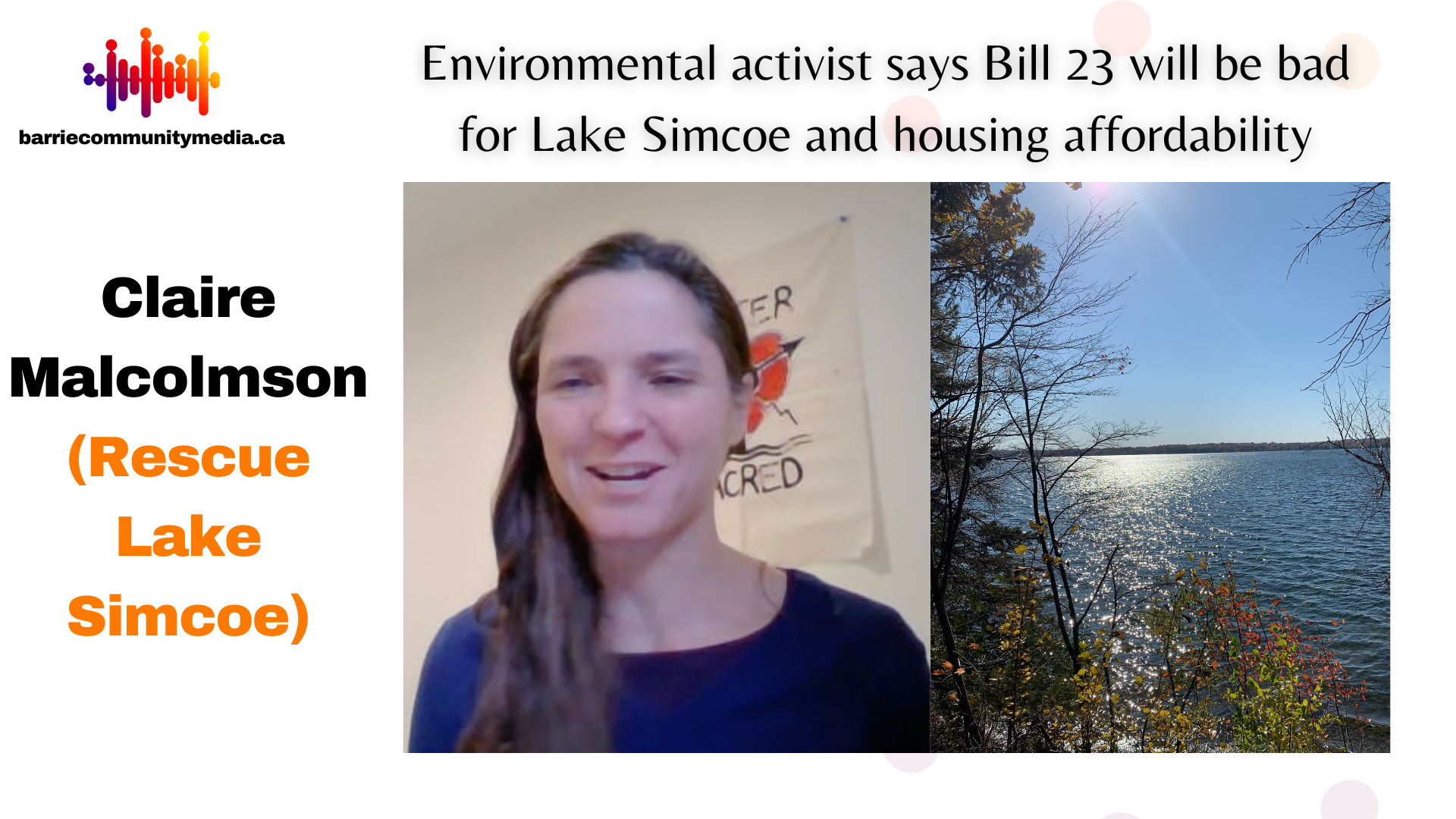 The government of Ontario has proposed a massive 175 pages bill called More Homes Built Faster Act, popularly known as Bill 23. According to the government it will help address the affordable housing crisis by building more housing. However, environmentalists are raising serious concerns about a part of it that will open wetlands around Lake Simcoe for development.

I talked to Claire Malcolmson of Rescue Lake Simcoe about the new bill, how it will impact Lake Simcoe and other initiatives undertaken by her organization to address climate change.

“Unfortunately, I think using Orwellian headlines or titles for bills has become a government of Ontario homework in recent years,” Malcolmson said the title of the bill is misleading and criticized the government’s undemocratic attempt to rush the bill. She said there has been “pushback from municipalities, conservation authorities, people in the public, and housing advocates in particular” because they think the bill would adversely impact the environment and not improve the housing situation.

In 2008, Malcolmson was a part of the team that helped pass the Lake Simcoe Protection Act, which will protect the lake “from some of the worst parts of Bill 23.” However, reduction in the power of conservation authorities in the building process and elimination of some costs developers pay to municipalities will adversely impact the environment and local governments’ ability to address climate change.

Malcolmson said the new policy will encourage urban sprawl and add “costs to deliver the infrastructure that is required to build new communities.”  She recommended municipalities to take advantage of existing infrastructure and increase density in existing neighborhoods. “Maintenance costs are not covered by the developers, they don’t care. They don’t care how much it costs you and 10 years, their job is just to put it in the ground.”

More development around Lake Simcoe will cause soil erosion and push phosphorus, which is present in soil, into water. Being a natural fertilizer, phosphorus will result in an increase in invasive species, causing water pollution and adversely impacting fish.

The new development, according to Malcolmson, will not solve the housing affordability problem because it will encourage “the developers to do the thing that they like to do best that they’ve been doing the longest, and that makes them the most money, and that is single family homes in Greenfield.”

“It’s important for people to realize that very few people who are environmental advocates like me, are left or right or aligned with a philosophy or aligned with a party,” she said. “This is actually just about the environment. It’s a nonpartisan issue. It’s really unfortunate when it becomes politicized by the parties.”