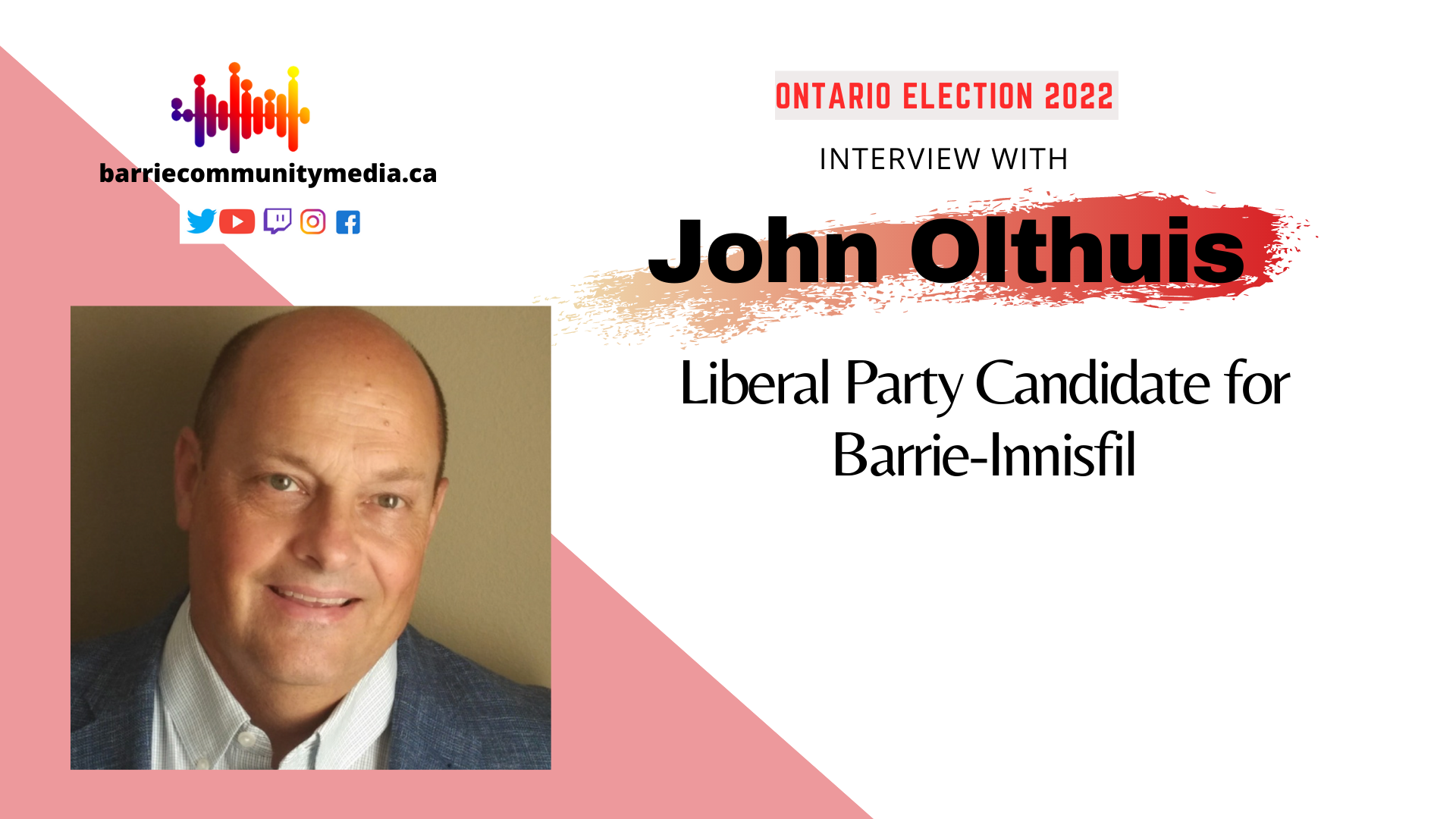 John Olthuis, the liberal party candidate for Barrie-Innisfil, entered the race late but he is banking on his business experience to win the seat from conservative party candidate Andrea Khanjin.

It is Olthuis’ second attempt at a public office after the 2018 municipal campaign for Ward 10 in Barrie. It joined that campaign late also and came in second with almost 30 per cent votes and lost to Mike McCann, who out spent him five to one.

Before throwing his hat in the ring, he “was waiting to see if there was going to be a liberal candidate in the area.” Jeff Lehman, Barrie Mayor and BSOM Liberal candidate, suggested he should think about running for provincial elections.

Olthuis is passionate about the environment and energy management. “I was probably the first person in Ontario to get a set of LED Christmas lights, which I actually contacted BC Hydro, when they were the first ones in Canada to bring them in,” he said.

He said he doesn’t “understand the purpose of” highway 413 and is opposed to building it. “There’s nothing out there but birds and frogs and farms. So why are you putting this highway through this area?” However, he said there is a demand for Bradford bypass from local residents. “You have to have a completely full blown environmental assessment. And if it comes back that it’s going to cause more harm than good, then of course, we’ll cancel it.”

“I’m new to politics but I had a full career outside of politics. So you know, I bring a lot more to the table than say a, you know, a career politician does,” Olthuis said In his final pitch to the voters. “You know and have life experiences, you know, business experiences, trying to deal with crises,” referring to his previous job in communication and crisis management at Alectra Utilities.