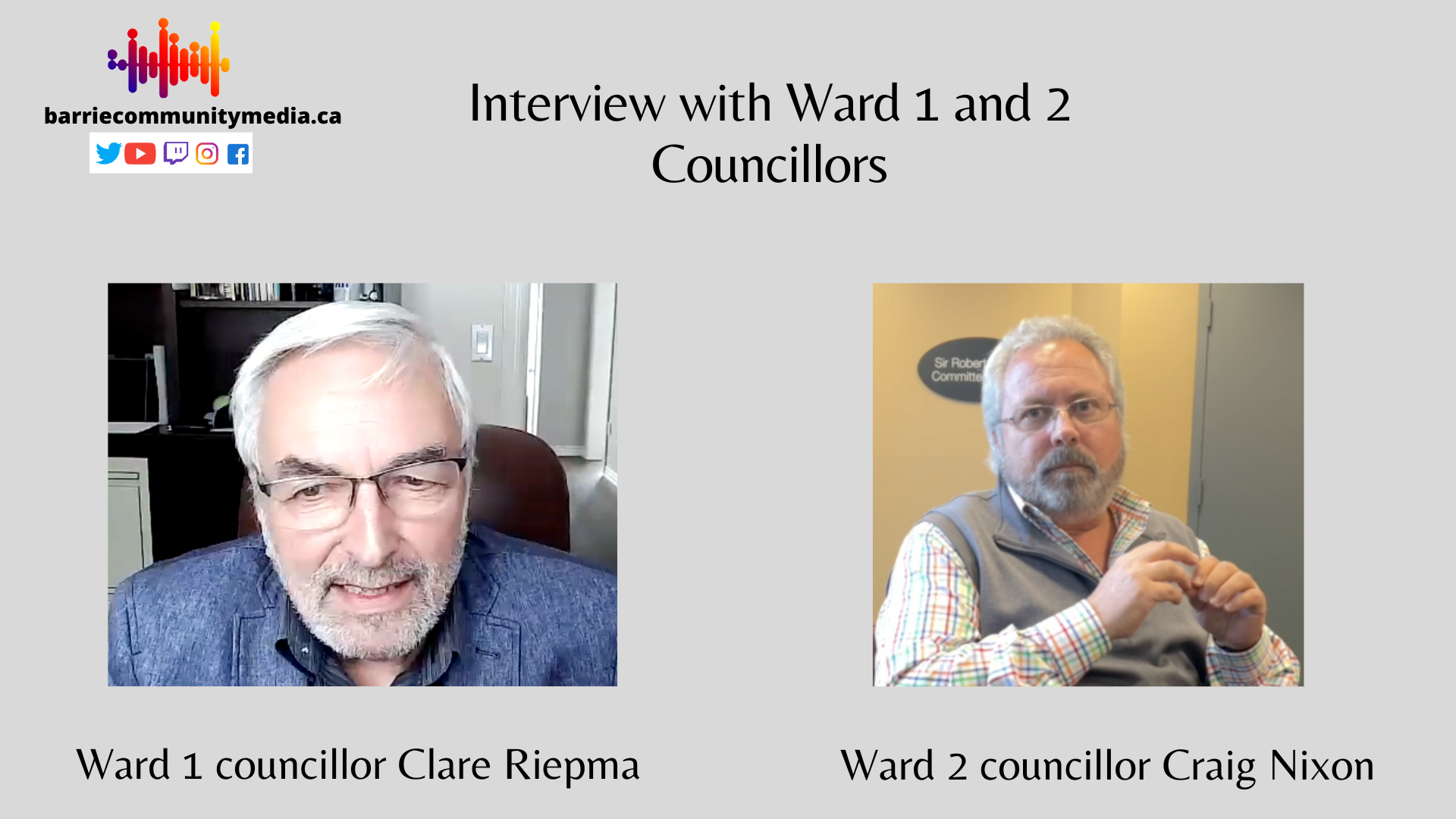 To boost the citizens’ participation in upcoming council meetings and different residents’ committees, we want you to get familiar with the new council, their past work, and future priorities. We have reached out to the entire council for interviews and some of them have agreed to talk to us. Here are our two interviews with Ward 1 Councillor Clare Riepma and Ward 2 Councillor Craig Nixon.

Councillor Riepma, who is serving his second term, said the biggest achievement during the first term was the support provided to the city’s businesses and residents during the COVID-19 pandemic. The council also approved 19,000 units in the development pipeline and increased enforcement of property standards.

Riepma wants to tackle the issue of aging roads and sewers in the city, as well as property standards enforcement. He is also focused on supporting the Business Improvement Area (BIA) downtown to improve programming and businesses.

To address homelessness and affordable housing problems, he said, “The city is not the social services operator; it’s the county. But I think we can work with the county to try to get that done. Get more done there.”

During the campaign, Barrie Mayor Alex Nuttall communicated his lack of support for the proposed safe injection site. “I don’t think that there is a big difference between the mayor and myself,” said Riepma, who is supportive of the safe injection site because it “does contribute to saving lives”.

Riepma expressed his commitment to mitigating the problem and reducing the city’s carbon footprint. “I have been very interested in moving people and the city away from using gas-powered lawn mowers and leaf blowers,” he said.

Nixon has been in the trucking business for over 35 years and has seen Barrie go through many changes, from a large number of manufacturing businesses to a range of small startups. His priority is to help existing businesses in the city grow and hire people, rather than seeing new businesses move in.

Nixon noted that the homeless issue is a common concern for people throughout Barrie. He said that he wants to work with the frontline organizations to get this problem under control. “The one issue that kept coming up no matter where in the ward,” he said. He added that solutions can be found by working with these organizations, stating, “They’re the ones that have the answers. And we just need to work with them closer and hopefully we can get this under control.”

He noted that 80 per cent of the homeless population suffers from mental health and addiction issues. “Some people start with the mental health issue, and it kind of evolves into an addiction issue. And sometimes it goes the other way.” The city is currently awaiting the final approval from the provincial government before it can take their plan to the next level.

The increasing presence of police patrolling downtown can create concerns among community members. For many, the sight of officers patrolling in large numbers can make them feel uneasy, as they worry about how they will be treated by the police.

“It’d be nice if we could see more officers on foot patrol, getting to know people, getting to trust people and vice versa. Once people and police officers get to know each other, communication becomes so much easier, and trust gets built,” he said. “When we all decided that we no longer wanted to sit on our front porches, to me that’s a big change in society and there’s been some effects.

Mayoral Candidate Barry Ward says he “can provide the kind of leadership that will unite Council.”