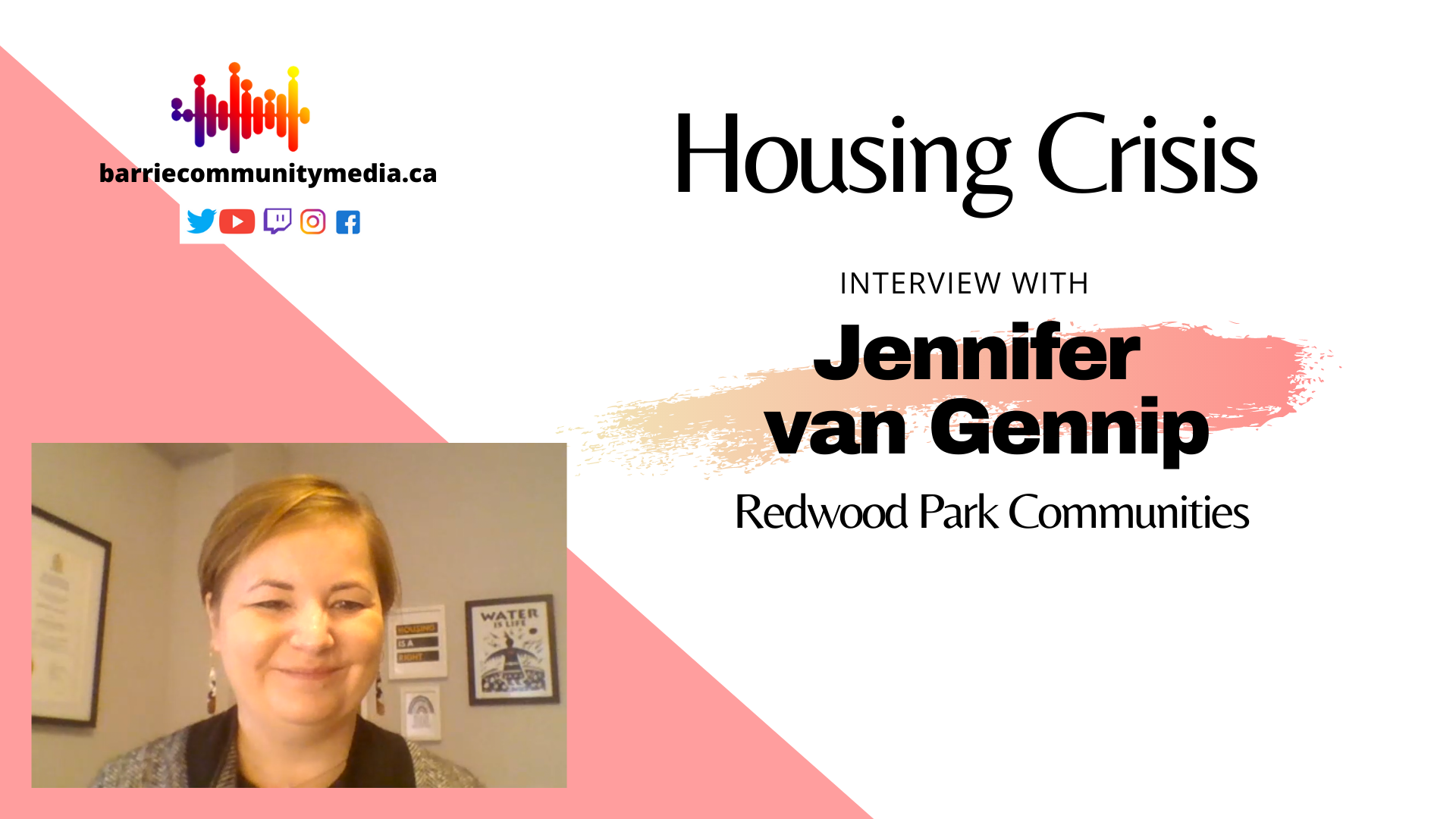 There has been homelessness and affordable housing crisis in Barrie, which is only worsened by the pandemic, and boom in the home prices. Many people have been at the forefront to address the issue, one of them is Jennifer van Gennip. She is an affordable housing expert and advocate. Gennip is the chair of the Barrie chapter of Simcoe County Alliance to End Homelessness (SCATEH) and director of communications at Redwood Park Communities (Redwood).

Gennip said that the other members of the SCATEH such as John Howard Society and the Gilbert Center told her that at least 80 or 90 people are sleeping outside every night in Barrie. “There’s a lot of folks tucked away at night that you don’t see too. So it’s a growing problem,” she said.

Redwood was founded in 2009 with a mission to create safe, affordable housing and supportive communities. In 2013, it opened the first facility for women coming from shelters. It has five furnished apartments. These women come to these apartments sometimes having left everything behind. Redwood also provides them with the sense of community so they can start thinking about their future. “We have seen women go back to school, we’ve seen them start new jobs, we’ve seen them get in new relationships, and we’ve seen them have babies,” Gannip said.

Gennip also talked about this week’s emotionally charged City Council meeting that passed an amendment to the zoning by-laws. The amendment puts a limit on building an additional unit on the existing properties.

I found testimony of some of the residents and an amendment proposed by Councillor Gary Harvey troubling. Harvey proposed an amendment to hire additional staff to enforce compliance of second suites and detached accessory dwelling units. The target of the proposed amendment seems to be the immigrant community, especially students, in the predominantly racialized neighborhoods of Ward One.

Gennip said she will look more into the issue.