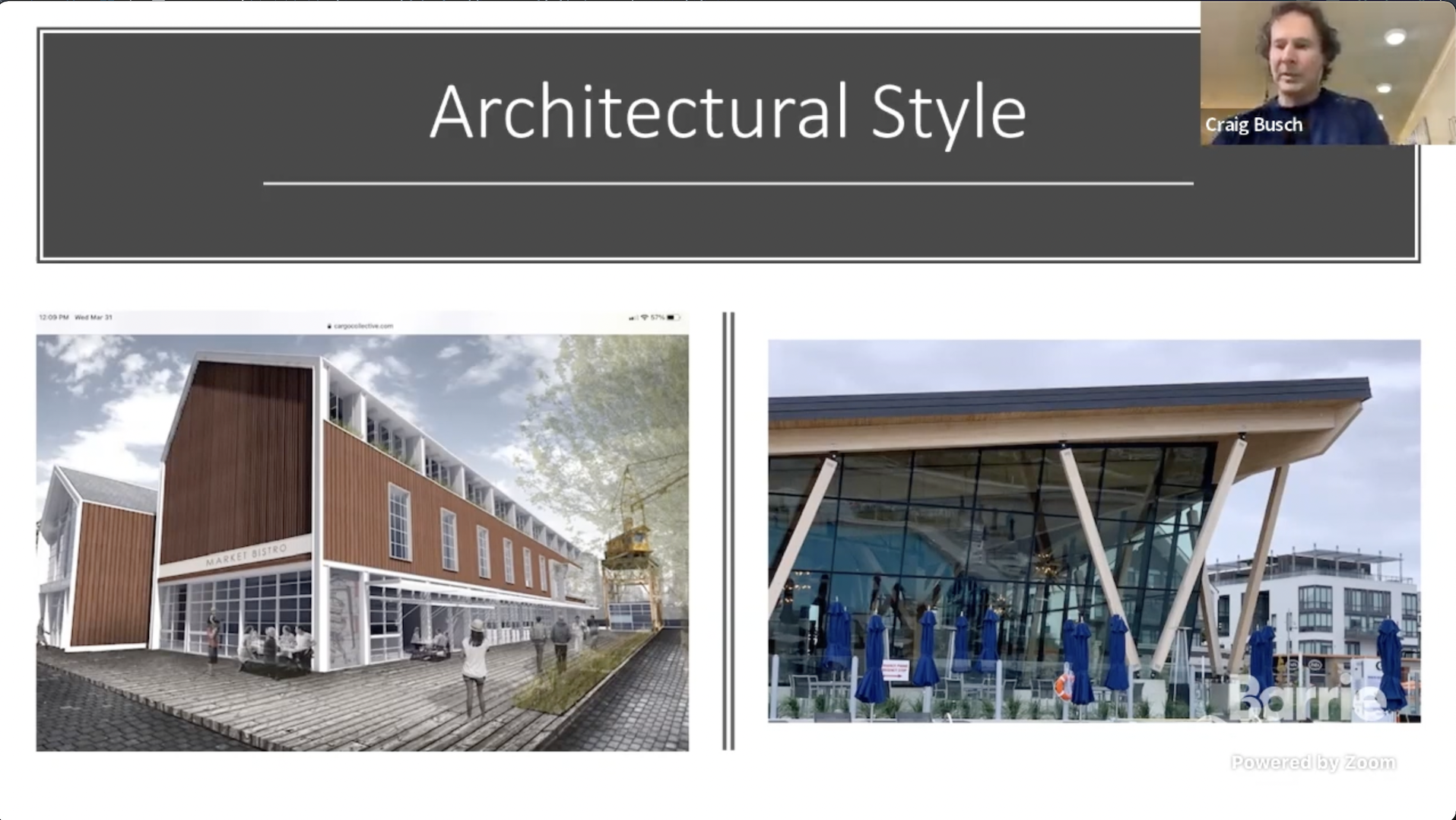 Deputy Mayor Barry Ward, the chair of the task force that compromised more than a dozen members, presented the report to the council. “The existing transit transit terminal building would be converted to a permanent market which would operate every day, or maybe six days a week,” he said.

The market will be connected to the waterfront near Spirit Catcher, where a memorial was created last year to honor lives lost in residential schools.

“We also recommend consulting with the Chippewa Tri-Council, the Barrie Native Friendship Centre, and artist Ron Baird to revitalize and activate the space around the spirit catcher,” said Sarah Jensen, secretary treasurer of the Downtown Barrie Business Association (BIA), and a member of the Barrie Public Art Committee.

Jensen said the “vision is to create a market district that’s welcoming, engaging and green.”

Craig Busch, the founder of Busch Group of Companies, presented the architecture vision of the project. “We’re within nature. And so our feeling should be to have a cool modern energy to it, but be grounded, be natural to our surroundings and who we are.”

It is one of the largest and significant projects to support local businesses and boost tourism in Barrie. A survey of around 2000 residents showed a big majority of residents showing interest in visiting the market frequently. With new condo developments in downtown, the market could potentially attract more people in the future.

“The entire task force met 10 times between May 2021 to January 2022. There was also a walking tour of the market area and numerous meetings of the seven subcommittees,” said Ward.

In the time of online shopping, this proposed center will give visitors and shoppers a unique experience through musical acts and street performances. Local artisans, bakers, chefs and cooks would get access to large consumers to sell their products.

The market would spread over 10,000 square feet and have upward of 50 vendors. Three reports commissioned by the city estimated the cost of the project between $5.5 to $9 million.

An amendment by Councillor Ann-Marie Kungl made sure it will also have a dedicated community kitchen to help food security and celebrate ethnic food across Barrie.

Mayor Jeff Lehman said the redevelopment of the bus terminal was “the last piece of the waterfront master plan that we had never finished.” The market is expected to be completed by 2024 and a planned new performing arts centre a few years later.

“The transformation in the West End is incredibly exciting between these two pieces,” Lehman concluded.