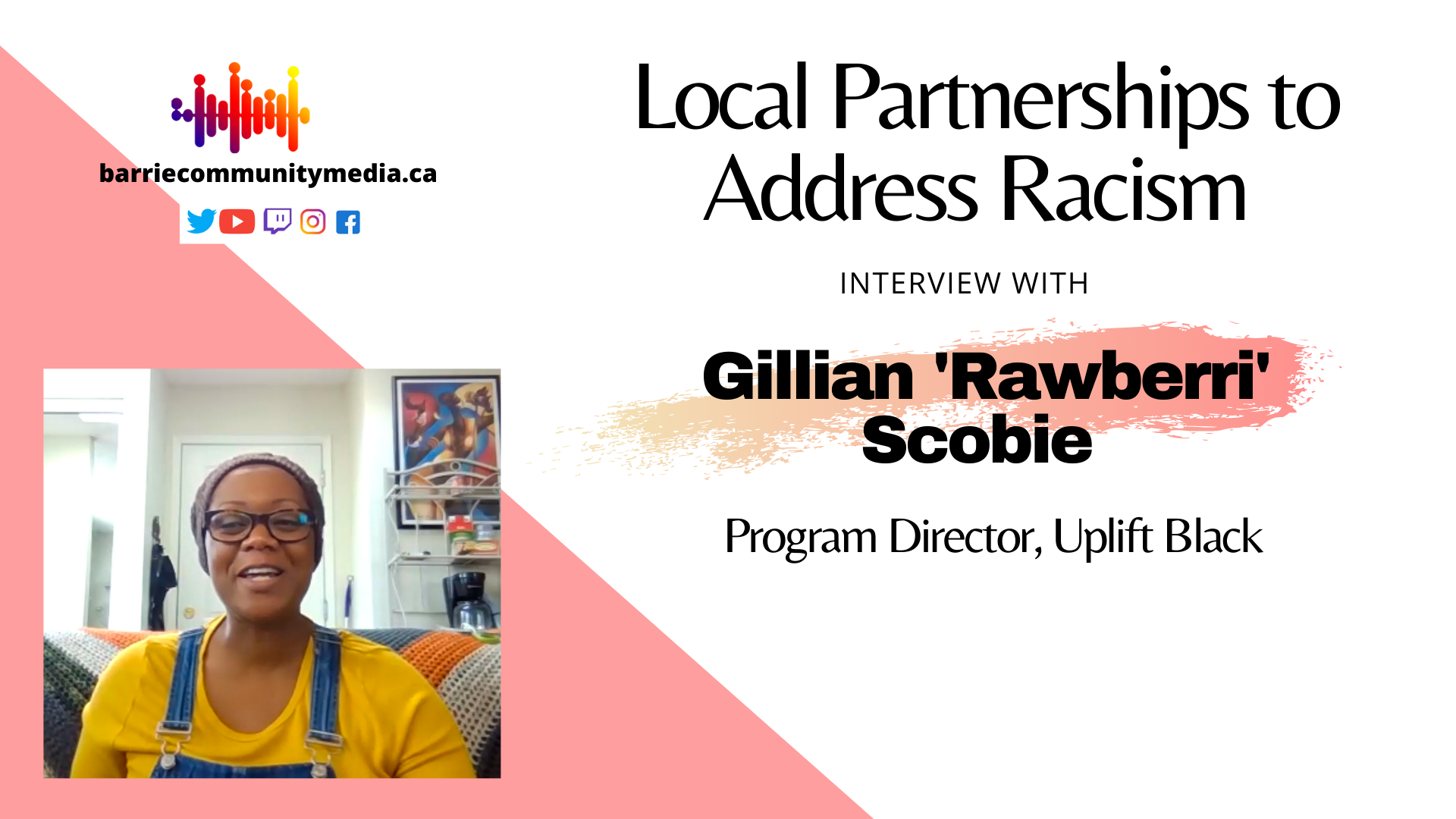 A year after George Floyd was killed by a police officer in the US and the subsequent protests, anti-Black racism is still alive and visible. Just a few days back, a little black girl was a victim of it. Boys in one of the Simcoe County schools threatened to be rape her. They called her the n word and told her to kill herself.

There are organizations that are highlighting anti-Black racism, educating general people about it, helping black communities in various ways and working with local officials to address the issues. One of such organizations is Uplift Black. It recently celebrated its first anniversary.

We talked to its program director Gillian ‘Rawberri’ Scobie about the recent incident, work done by Uplift Black in a last year and what are its future plans.

“Some people think that there’s an increase (in anti-Black racism),” Scobie said. But she thinks it’s not the increase in the incidents but more and more people are speaking out. “Groups like uplift black and partner groups, parents against racism, Simcoe county have started working together.”

Having a young black son, Scobie needs to protect him everyday. Her son loves basketball and they moved to a new home to be near a basketball court. But when the pandemic hit, the court was closed. There were neighborhood kids still playing on the court and he wanted to go out and play, just by himself. But Scobie did not want him to go. “You are a six foot some black child who will look like a man,” she told him. “There are privileges and comfort levels that we just don’t have.”

Uplift Black has been working with Matthew Webb and Dean Maltby of the Simcoe County District School Board to address anti-Black Racism. “It has been a breath of fresh air, we feel like we are being heard,” Scobie said about working with them.

“You are a six foot some black child who will look like a man,” Uplift Black program director Gillian ‘Rawberri’ Scobie told her son when he wanted to go . “There are privileges and comfort levels that we just don’t have.”