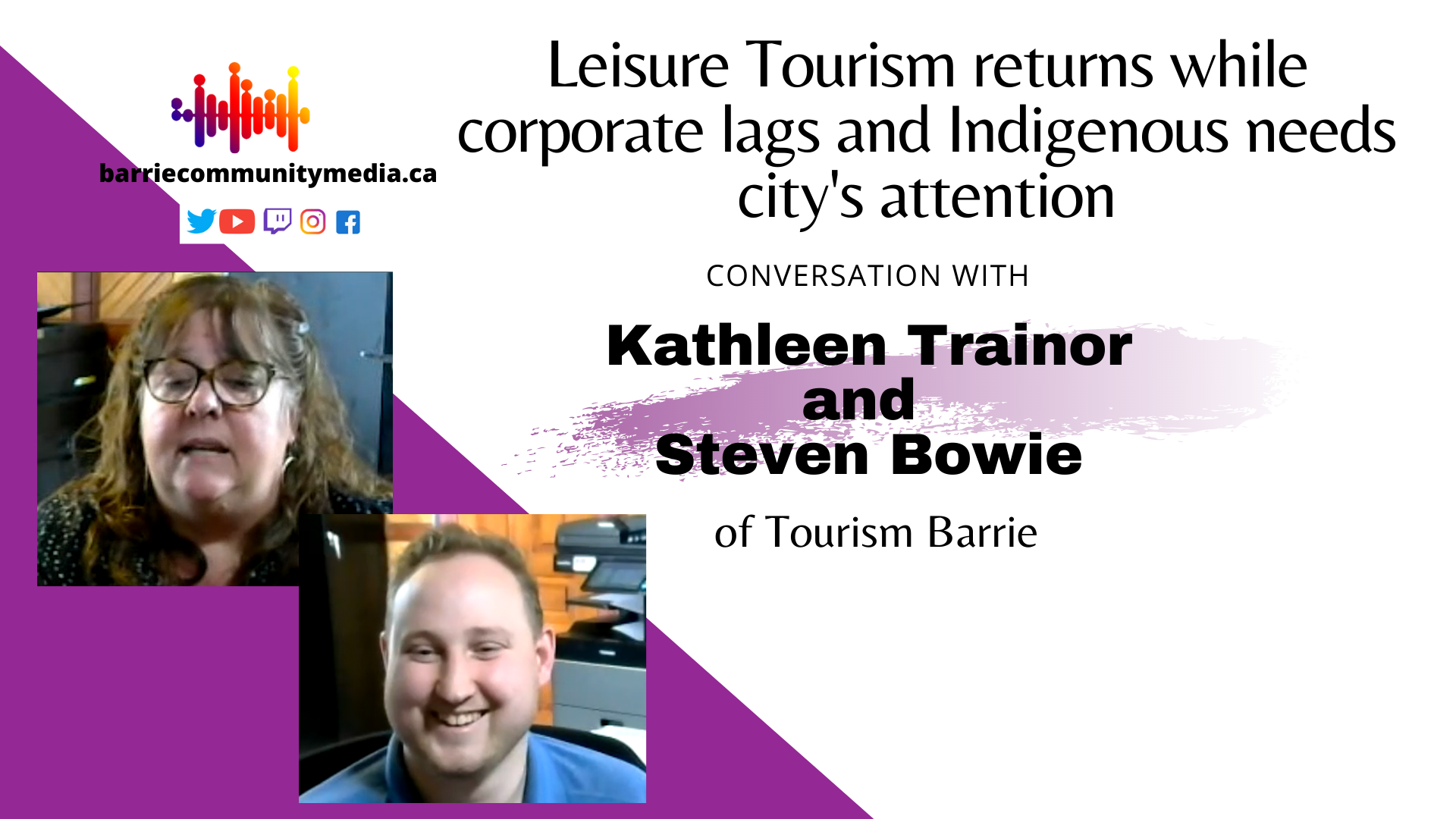 Barrie has a reason to worry as corporate tourism is not expected to get back to the pre-pandemic level in near future. The visitor economy saw a decline of 50 per cent due to lock downs and other pandemic restrictions. Before the pandemic, total visitor economy was more than $140 million and business tourism accounted for half of that. Leisure tourism contributed 30 per cent while sport tourism contributed 20 per cent.

Our reporter Deepak talked to Tourism Barrie’s executive director Kathleen Trainor and newly joined sport development officer Steven Bowie about the impact of the pandemic, plans for sport tourism and Indigenous tourism, and the future of tourism in general.

Pre-pandemic in excess of half a million people stayed in Barrie’s 12 hotels and Airbnbs. The economic impact of just people staying in the hotel was $56 million. But “business travel is gone,” Trainor said about the decline in business travelers due to the online shift from in person meetings. “Their economic impact is high because they’re eating and going out and staying overnight.”

However, leisure and sports tourism is seeing a huge rebound. It’s not only teams but scouts and families that also constitute a big chunk of tourists. “People are more likely to travel to a tournament for their kids than they are to go overseas,” said Trainor, who has been the executive director for 18 years, except for year long sabbatical “to work with the government of Ontario for the Ministry of Tourism on an exchange.” Barrie sees tourists in all three seasons of summer, fall and winter. Trainor said that “a lot of the ski resorts have a big increase in their membership.”

Tourism Barrie expects sports tourism to compensate for decline in business travels. “That’s going to be the largest part of tourism coming back out of the pandemic,” Bowie said about sport tourism. He will be working with accommodation providers, sports organizations and the city to make sure “everybody’s able to grow in the ways that they want to.” Tourism Barrie is also looking to host larger events and explore new areas such as eSports. “Our goal with Steven is to develop Barrie into one of the top sport tourism centers in Ontario,” Trainor said. “And start bringing in more national and provincial and national sports tournaments.”

Trainor is also hoping to attract weekend visitors from Toronto once the Go train has a better schedule. Barrie By Bike initiative is started to cater to cycling tourism. “People from the GTA come up and bring their bicycles on the Go Train and then travel around with their cycling and then stay in hotels.”