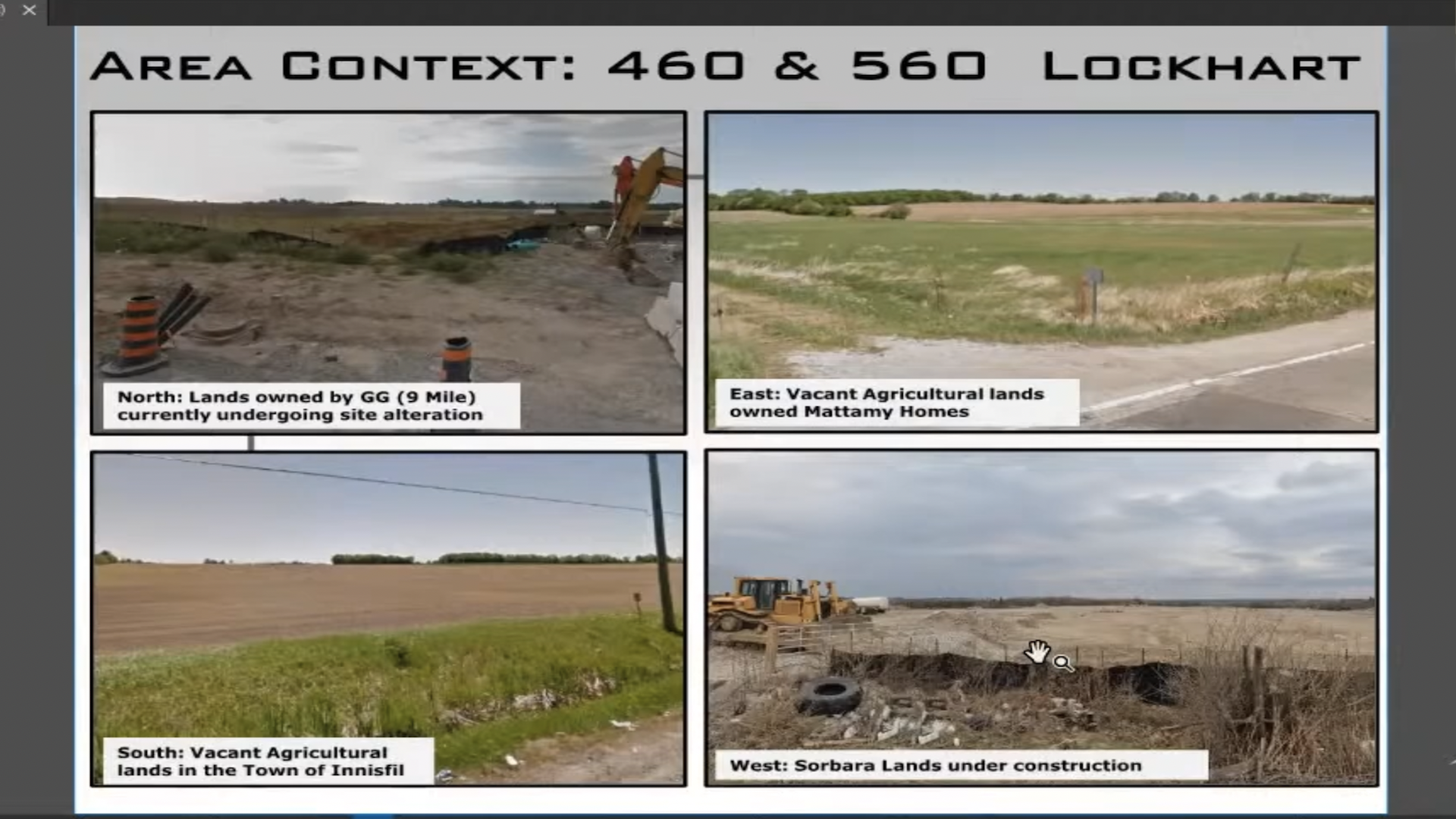 More than 120 acres of land on two different sites on Lockhart Road will be developed. Around 40 acres of total land is an environment protection zone that can not be developed.

The site is in Councillor Sergio Morales’ Ward 9. He has been a big proponent of multi storey mixed use development to solve the housing crisis and make Barrie more walkable.

He asked if the developer can add a “convenience store, something that is almost standalone and would be serviced in that walkable radius by these two proposed sites” and said “higher order density seems like a great opportunity.”

However, Ray Duhamel, the planner for the developer, said it is “concerned about the viability of a site on that location.”

During the same meeting, there was another mixed use development proposal on Huronia Road in Ward 9. The plan is to build a multi-tenant building, a restaurant, convenience store, gas station and a carwash.

Councillor Morales again asked why there is no plan to build big five-six storey buildings. The planner responded that there is a technical limitation based on soils. And the developer will have to go through a longer process to do commercial development on the land designated as light industrial. Recently there have been organized efforts by residents to stop large development in their neighbourhood.

At the end of the two presentations, Clr Ann Marie Kungl asked about electric charging stations amid rising electric cars sales and from “from an environmental perspective, actually look at infilling some of that land with trees or other types of native species related to climate action?”

City does not seem to have any plans for either suggestions at this point.