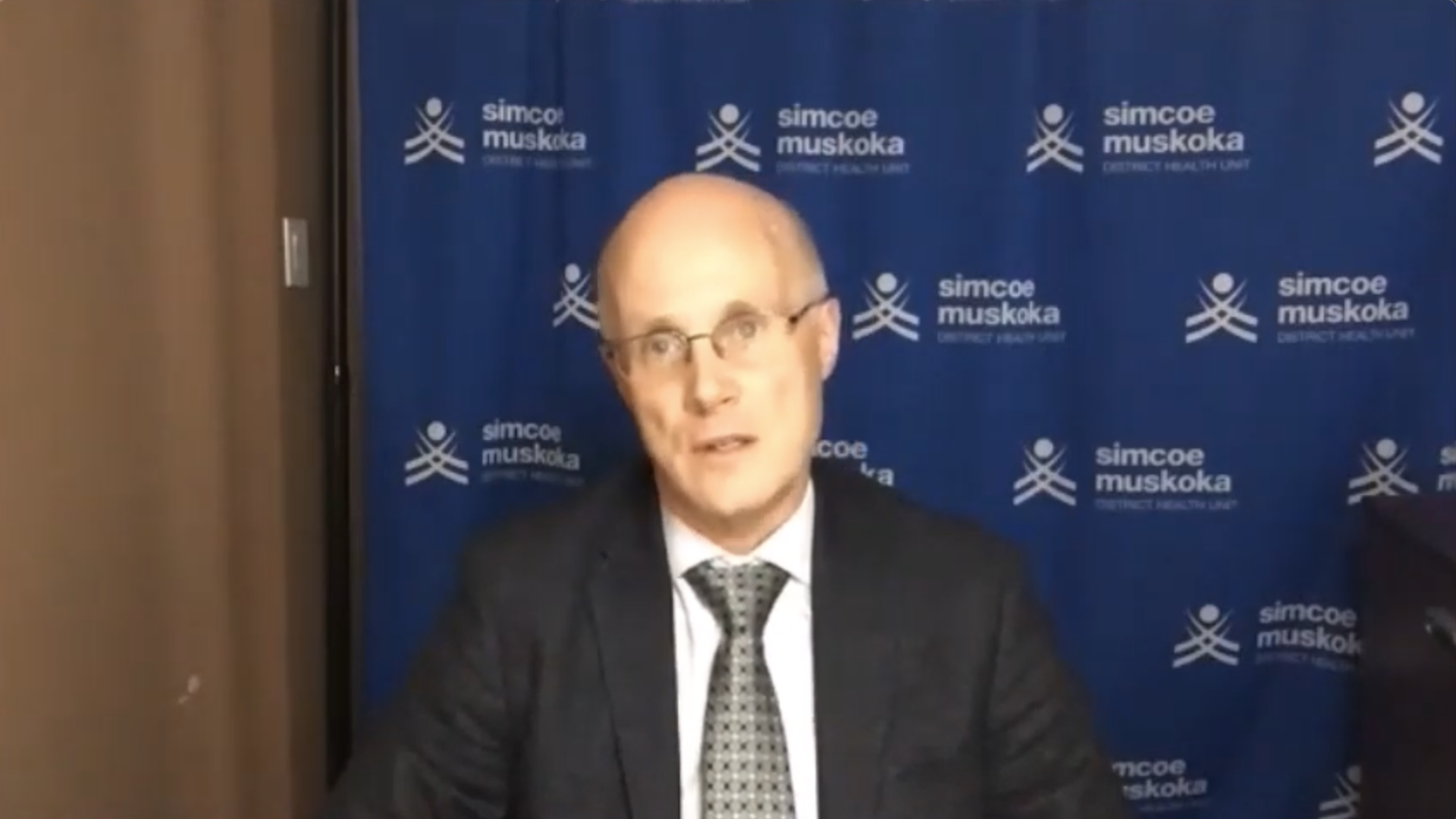 Amid rising COVID cases in Simcoe County and across Canada, Dr. Charles Gardner, medical officer of health at the Simcoe Muskoka District Health Unit, held the first press conference since last month to provide an update.

“We have surpassed 40,000 confirmed COVID cases in total since the beginning of the pandemic for Simcoe Muskoka. And we’ve had a total of 532 cases over the last three days, 170 cases a day,” he said.

“Over the past four weeks, we’ve remained higher than the provincial weekly incidents on a per capita basis.”

Dr. Gardner expressed concerns about a higher percentage positivity rate in the health district compared to the province.

“Our percent positivity is 20.2%, up from 16.5%. A week ago and this is compared at 19.4% for the province,” he said. “So literally it is the percent of tests that come back positive, so anything above 3% was of concern, certainly 20% very concerning.”

“We have had on average five deaths per week, since the week of February the 27th. And at this point have a total of 439 deaths.”

Even though the majority of hospitalized people have been immunized, due to their old age they would have been at much higher risk of dying without immunization. And there would have been a lot more hospitalization among old people without vaccination.

“So I think it’s very important for people to know that vaccination is important, but it is not going to be totally protected and people have to take other precautions,” he said.

Masks and Risk for Students –

It has been scientifically proven that masking helps reduce spread of COVID. However, excluding certain settings, Ontario eliminated masking in most of the places. Barrie Community Media asked Dr. Gardner about masking recommendations.

“It would be helpful, it would be part of your multi-layered approach,” he responded. “I don’t know what the reaction of the public would be, you might get a strong negative reaction to that, that might impact on compliance.”

In response to another question by Barrie Community Media about the infection data among international students and increased transmission among college students Dr. Gardner said “We don’t have a breakdown by groups with regards to origin. We have data with regards to age. When we had wider spread, broader testing happening in the community, we were able to break it down by local municipality, but not by origin of individuals.”

He advised institutions to look at multiple ways of reducing risk.

“Remote is the safest way if not that, and certainly if present, an optimizing ventilation, physical distancing mask use, hand hygiene and people screening and excluding themselves if they have symptoms or contact with a case,” he added.