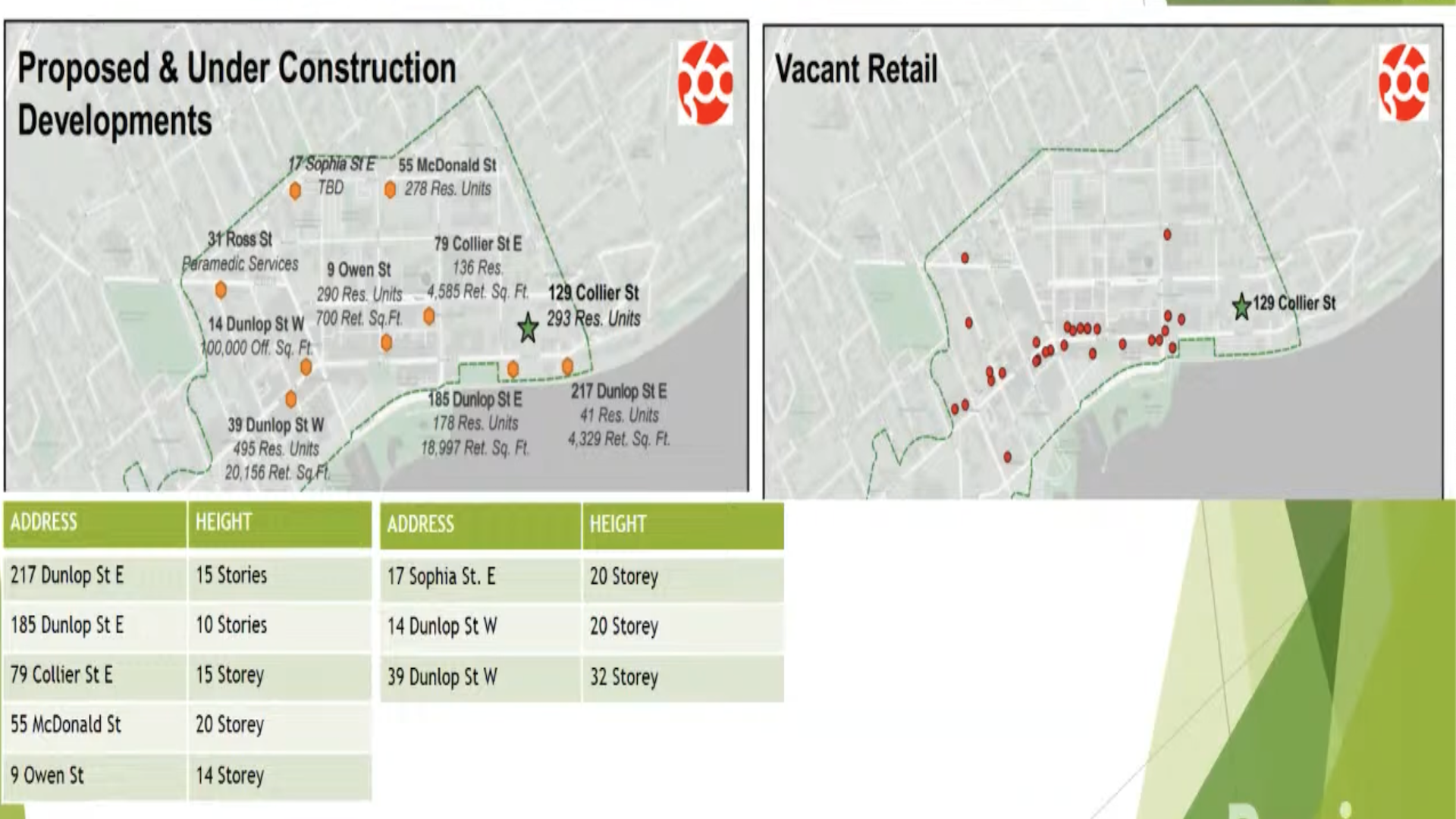 During the Tuesday planning committee meeting four new apartment buildings with more than 900 units were proposed by two developers.

The developer presented a revised plan for two towers on 34-50 Bradford Street after some concerns from the residents and affordable housing advocates. There will be a total 630 residential units and 491 parking spaces to be built for 900 residents.

Barrie resident and chairman of the Heritage Barrie Committee Cathy Colebatch raised concern about overflow parking given only 491 parking lots for 630 units. Colebatch also questioned the calculation of around 1.5 residents per unit.

Councillor Keena Aylwin, whose ward the development is proposed, wanted to know the developer’s plan to meet 10 per cent affordable housing targets. He also wanted to know if pedestrians will continue to have open access to the cemetery nearby. Celeste Kitsemetry, Barrie’s senior planner, said that her department will provide more details after reviewing the planning justification report provided by the developer.

The second proposed development is smaller with only two 12 storey towers having 293 residential units. There will be 249 parking spaces including 14 for visitors. The developer has been working on the project since 2019.

Answering to Aylwin about a 10 per cent affordable housing goal, the developer representative said it is doing market research to determine a market price based on similar units in downtown area.

Developers who get the approval for their projects from the council could decide to not go ahead with the project at all or revise the plan depending on factors such as demand, cost, interest rates etc.