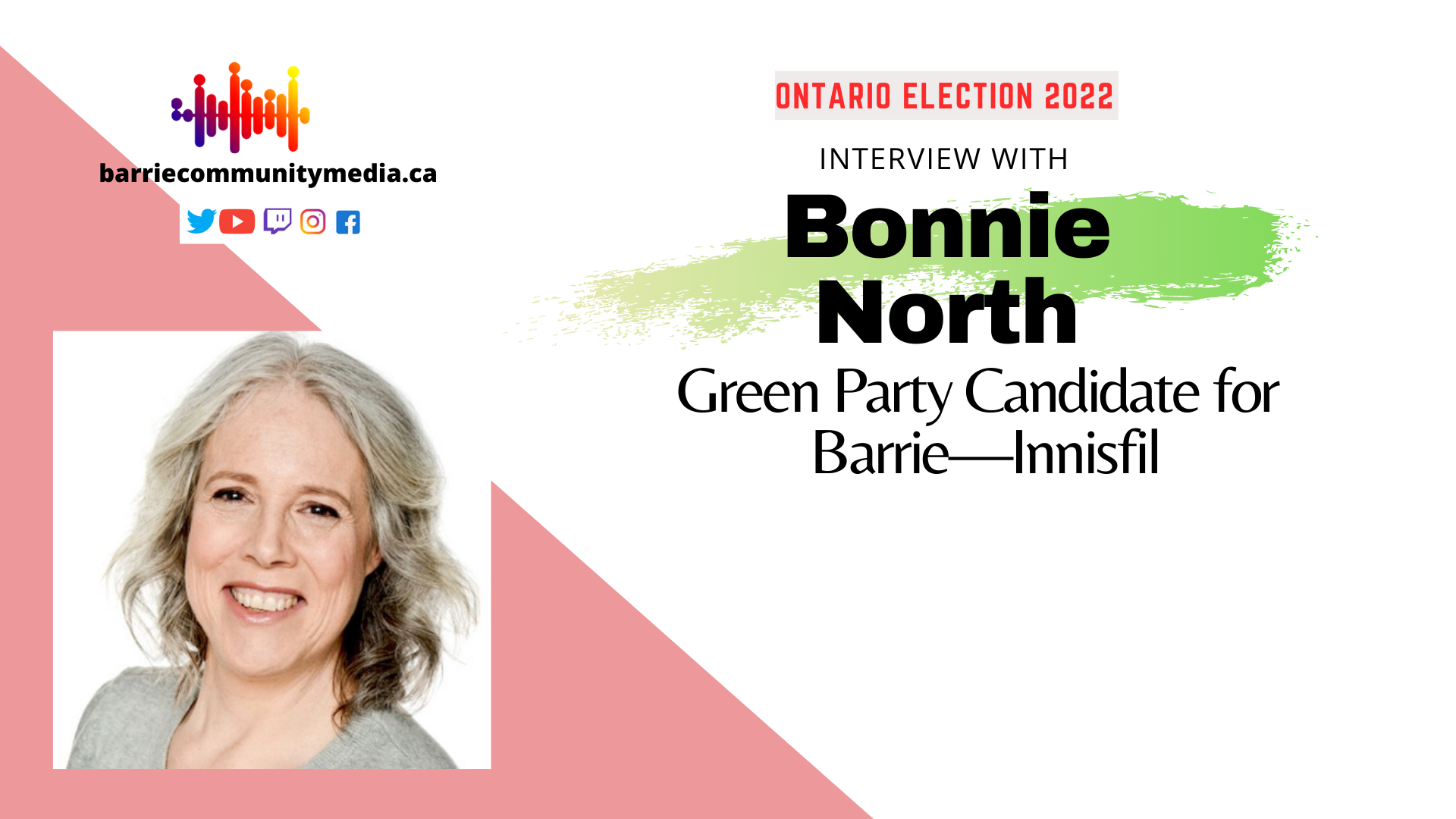 Deepak Bidwai of Local Journalism Initiative sat down with Bonnie North, Green Party candidate for Barrie–Innisfil in the June 2 provincial election, to know about her early anti-war advocacy, running for the sixth time for public office, plans for climate, economy and healthcare.

Bonnie North is not new to advocacy. While living in Washington, DC, due to her father’s military posting, she participated in a protest to end the Vietnam War.

“So fast forward many, many years, and I become a parent myself, and realize that I want to ensure that my son will inherit a livable planet,” she said. “And not just my son, but all of our children and their children’s children, and for generations to come.” During her 2015 federal election campaign, she became Al Gore climate reality leader.

This is her sixth attempt at winning a public office as “two of those campaigns in 2014, and 2018, were provincial” and in 2018 she ran for Ward 7 councillor, losing to Gary Harvey.

She is also a strong advocate for food, food literacy and food security. She is also a founding board member of Barrie’s Urban Pantry. It runs the Good Food Box program so “people can purchase a good food box on their own behalf at a substantially reduced and very fair rate, or, and this is once a month or they can purchase it on behalf of others and pay things forward.”

She said “poverty is a policy choice” and wants to support working families due to rising inflation and cost of living. “We also want to move immediately to double Ontario Works and double Ontario Disability Support Plan payments.” She and her party are also in support of universal basic income.

To fight climate change, Green Party “want to establish an annual carbon budget to reach net zero by 2045” and “electrify transportation, buildings and industry to crush pollution and lower energy costs, provide up to $15,000 in incentives for homeowners for energy retrofits.” Greens also oppose building Bradford bypass and highway 413.

North compared Canadian governments’ response to Indigenous protests with so-called the freedom convoy in Ottawa. She said governments have adopted “the heavy handed” approach to suppress Indigenous protestors opposing encroachment on their land while truckers brought the entire city to stand still for weeks.

She also dismissed the strategic voting because Greens are not a serious alternative to Progressive Conservatives. She brought attention to Ontario Green Party leader Mike Schreiner, “who has been for the past four years until the legislature was dissolved, has been punching above his weight, he managed to get two bills into final reading.”

In her final argument, North said “if you want real change, then voting for the status quo is not going to get you the change that you need.”