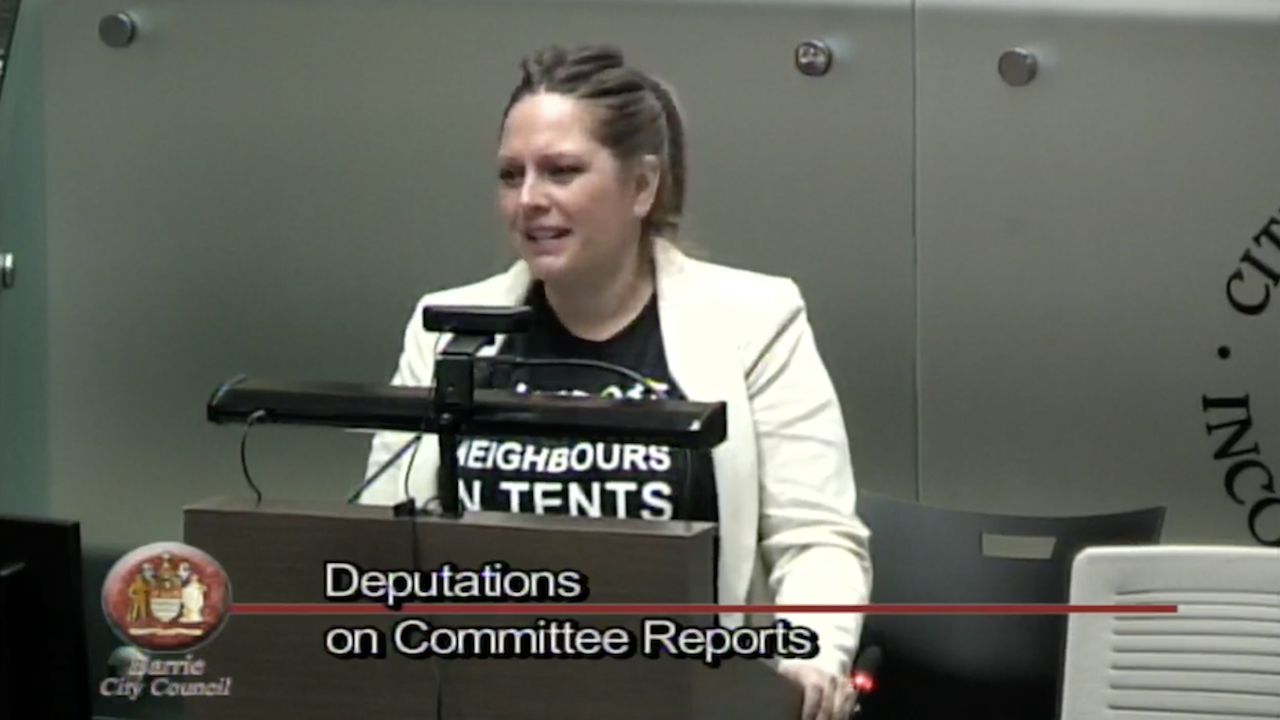 During the testimony before the Council, representatives from Simcoe County Alliance to End Homelessness, Gilbert Centre, John Howard Society for Simcoe Muskoka spoke in favor of helping people facing homelessless and drug issues rather than having the involvement of Barrie police.

“There is a dire need for housing that is safe, affordable, sustainable and accessible,” said Sarah Tilly, harm reduction program manager for the Gilbert Centre. She said involving police will decrease the safety of homeless people.

Mary Anne Denny-Lusk, chair of Simcoe County Alliance to End Homelessness, brought council’s attention to the low crime rate in the city to argue that people facing homelessness and drug addiction are not criminals but rather victims of housing and war on drugs policies.

Susanna McCarthy, executive director of the John Howard Society for Simcoe Muskoka called out the heavy handedness towards acts committed by the vulnerable groups.

McCarthy also questioned the change in approach by the city to deal with homelessness and drug addiction.

“Why does the police response to a social issue seem to be the best way forward? It’s short sighted to think that moving people out of their current locations will somehow reduce a risk or liability to the city. It simply moves a liability to a different place,” she said.