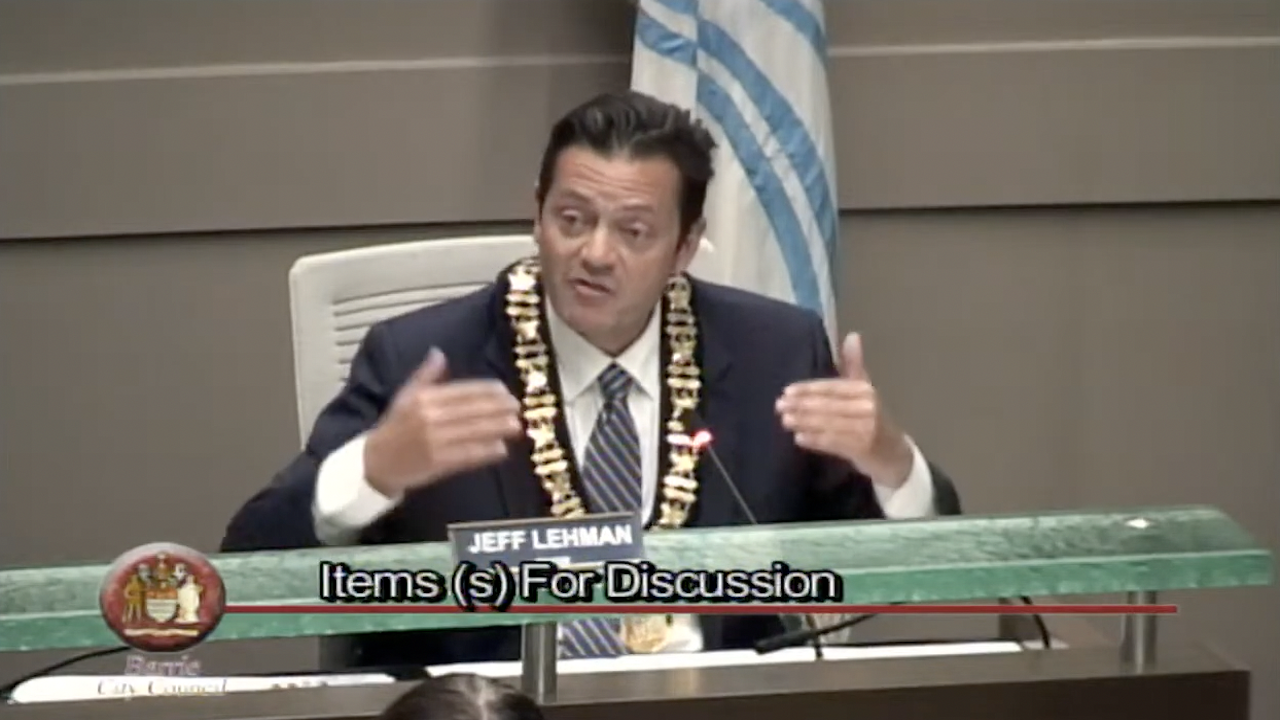 On July 15, the homeless hotel-model, which provides housing to the Barrie’s hundreds of homeless, will run out of extension.

“If we had 100 people that were homeless, after, for example, a tornado, we would be moving heaven and earth to find roofs and the support services that are needed. And that’s the situation that’s being faced,” Mayor Jeff Lehman appealed to the council as it started the three hour long intense discussion to find the solution.

At the end, the council approved temporary help of $400,000, which was later matched one to three by Simcoe County. Given the monthly hotel cost of $850,000 to house homeless, a more permanent solution needs to be reached before the total $1.6 million funding runs out at the end of August.

“The amendments that are coming forward tonight, are trying to address the fact that because of the intense housing crisis, because there’s been no investment in capacity, but the number of people needing help has grown so much, that we now have a huge number of people that are facing trying to live rough, with no support,” said Mayor Jeff Lehman as he held all levels of the government accountable for the housing crisis and highlighted the struggles of other Ontario cities facing homeslessness.

Lehman supporting the motion said “more than 70 per cent of the individuals who are experiencing homelessness have mental health challenges, more than half have substance abuse challenges. Almost all, if not 100%, are below the poverty line in terms of income.”

Aylwin’s first amendment called “on the provincial government, the federal government and the County of Simcoe to immediately extend funding for the hotel model of emergency shelter, or other immediate alternative sheltering arrangements with a plan to create permanent social and supportive housing for individuals currently living in emergency shelter.”

It was passed unanimously. However the second amendment to provide immediate funding of $400,000 witnessed extensive debate and some resistance.

Councillor Gary Harvey expressed his support for the amendment only if Simcoe County commits $1.2 million, three times of Barrie’s commitment. His suggestion was rejected.

At various points, Lehman educated council members including Mike McCann and Gary Harvey who objected to the funding. Lehman clarified that the $5 million funding McCann referred to was a mere recommendation from the affordable housing task force and the next council will take a final call on approving the funds.

The second amendment will give Michael Prowse, Barrie’s chief administrative officer (CAO) and city manager, power and discretion to spend money.  “I have every confidence that our CAO will be careful with these dollars, that he will work closely with the county to best spend them,” said Lehman before the council approved the motion.

Along with providing short term funding and putting pressure on the federal and provincial governments to come up with a long term strategy to address homeslesslness, Aylwin also wanted to make sure the homeless encampments in Barrie are not taken down in haste.

Councillor Robert Thomson, showing strong opposition to the amendment, said it puts the city staff and police, who are doing a great job, in bad light. He also targeted the homeless service providers for problems.

“I’m not willing to let this descend into a blame game of different organizations. We have an amendment on the floor,” Lehman said with irritation as he called the vote.

However, the council rejected his amendments painting it as an attempt to meddle in police work.

“Just want to address Councillor Aylwin comments about our MPs and MPPs. They’re doing a lot. I think it’s quite disrespectful talking this way,” McCann said.

“I think those comments were really out of line,” Harvey joined McCann in expressing displeasure.

“Okay, enough with politics, guys,” said Lehman with a big disappointing sigh. “Can we make some comments on the motion? Are we just going to talk up or oppose our friends or enemies?”

The final motion was passed unanimously.