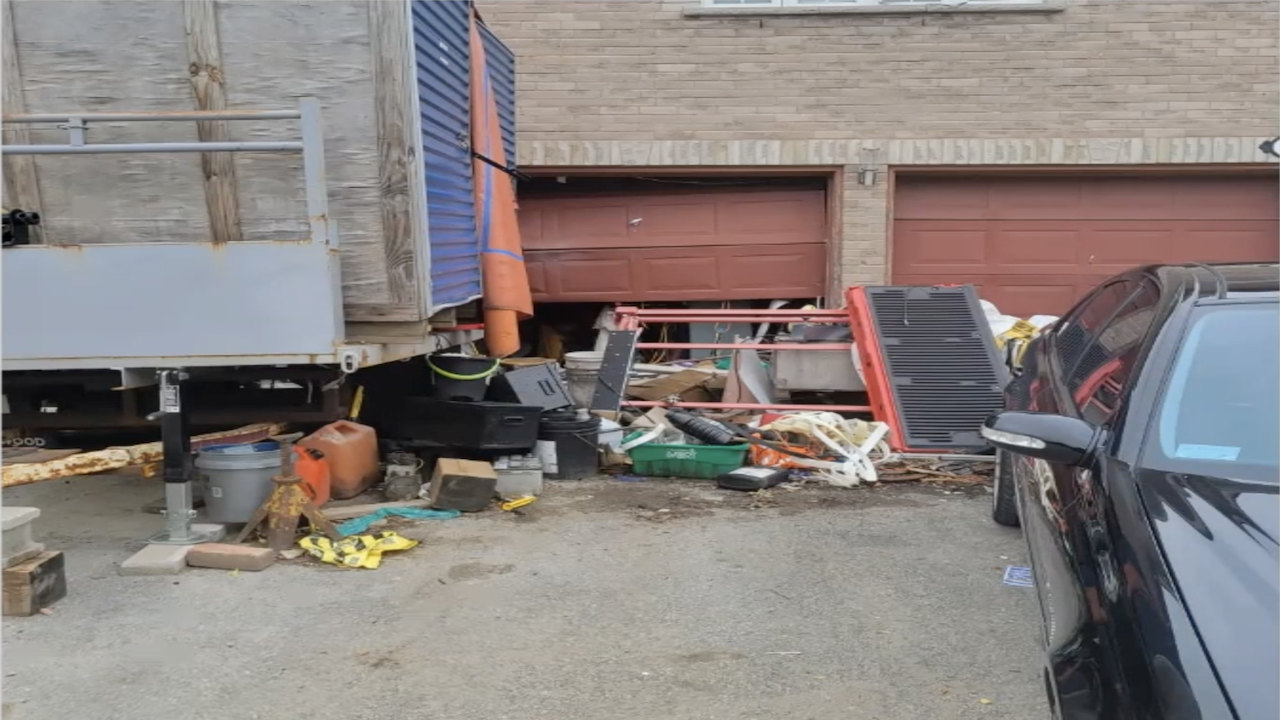 In August 2019, the Barrie resident first received a notice to clean up rubbish and debris in front of the house. He had also received a citation for running an automotive business from the property.

Jason Shaw, city’s property standards officer, who took over the case first visited the property in Fall 2020 for inspection. The officer visited again on March 2 of this year to access the property.

During this presentation, Shaw shared recent pictures of the property showing a trailer, a wheel barrel, broken garage door and debris including tires, gas cans, and pliers.

The current occupant of the property, John Orrino said that his mother, owner of the property, passed away in Fall 2020 just before Shaw visited the property for the first time. “The whole reason I rented those containers was to put everything in before the winter,” he told the committee. However, he was upset with the fees charged to him by the city for not cleaning the property. “The containers weren’t even on my property 72 hours, and I’m getting a violation and their rental containers.”

Orrino said the earlier notices did not give him any option for a recourse so he chose not to clean. “The only reason I purposely left this the way it is, was because I wanted my day in court. I’ve received several violations and not one of those letters ever said that I was able to appeal until this last one.”

He said that he “absolutely” has the intention to clean his driveway if all notices and fees go away. “I really apologize.”

However, Sandra Doyle, prosecutor city of Barrie, recommended that the city clean up and send the bill to Orrino. She said it had waited long enough especially after the last notice sent in March with necessary details about violations and what needs to be cleaned.

During the close door deliberation, the committee sided with the city officials. The committee also gave the city discretion on timeline to carry out the cleaning.

Orrino can appeal against the decision to the Ontario’s Superior Court of Justice by notifying the city clerk of the City of Barrie in writing. He will have to apply to the court within 14 days after a copy of the decision is sent by the city.

Given the big backlog in Ontario courts due to pandemic it could take months if the appellant decides to appeal.