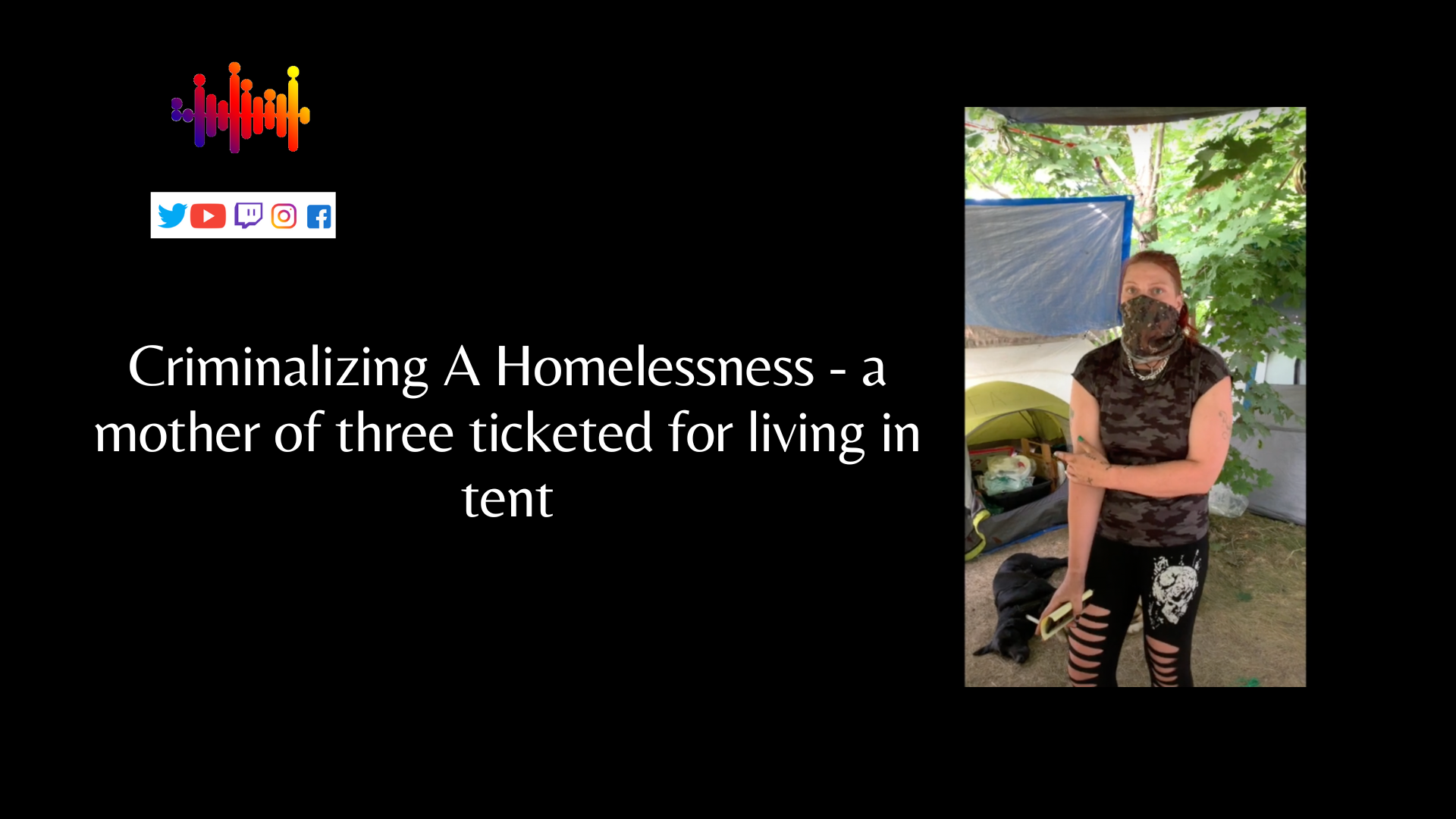 Early July, Ash Wolf received a $360 ticket for her encampment at Milligan’s Pond Park. Ash, a mother of three, has been trying to get her life and children back but couldn’t due to not having a home and stable source of income.

Local Journalism Initiative reporter Deepak Bidwai visited her encampment and talked to her to know more about her story and expectations from the city. There were other people including some former homeless people who came down to see and support their friends. Ken, whose father died a few months back, showed the memorial he is building for him.

“I was supposed to have my children home eight months ago. And I’ve been struggling to find housing to be able to do so,” Wolf said. “And on top of it like I was basically fostering children for three years out here.”

Wolf has been living in Barrie for four years but not always in the encampments. She was evacuated from her apartment where lived for three years under the false pretense that her landlord was moving in.  “Gilbert Centre, Busby Centre, Ryan’s Hope, and a few other agencies have been trying to help me to get housing and to accommodate basic needs that I might not be able to accomplish out here,” she said.

Wolf has been living in the current encampment for the past three-four weeks. “But I was previously touched up against the fence right over here beside the hydro building. And then I was on the other side of the fence when I got another eviction demanding me to move in 24 hours. So I just literally moved 20 feet because I don’t have anywhere else to go,” she said.

Wolf shares the space with two dogs, a cat and her partner.

Wolf is not the only person living in the park. “There’s approximately 22 people that use this space as a homestead. So there’s quite a few people that some of them pack up and leave during the day and come and pitch you up at night,” she said.

Wolf cooked food for people the night before. She showed the fire safety protocols she has been following and giving to others to follow. Pointing to the neatly packed garbage bags, Wolf said that “most of the people that are here are trying to keep the area safe and clean and like trying to be respectful.”

Since she received the ticket on July 4, there has been a constant police presence in the area. “I’ve had cops sneak up climbing the cliff behind my homestead here to literally push past me with flashlights into my homestead at 11:30 at night,” she said.

Before the police showed up, Wolf used to go to her friend’s house to shower and go out to get food and do laundry.

“I am terrified for my safety,” she said. “The homeless just pack up and move to another hidden location. But that doesn’t help them get off the streets.”