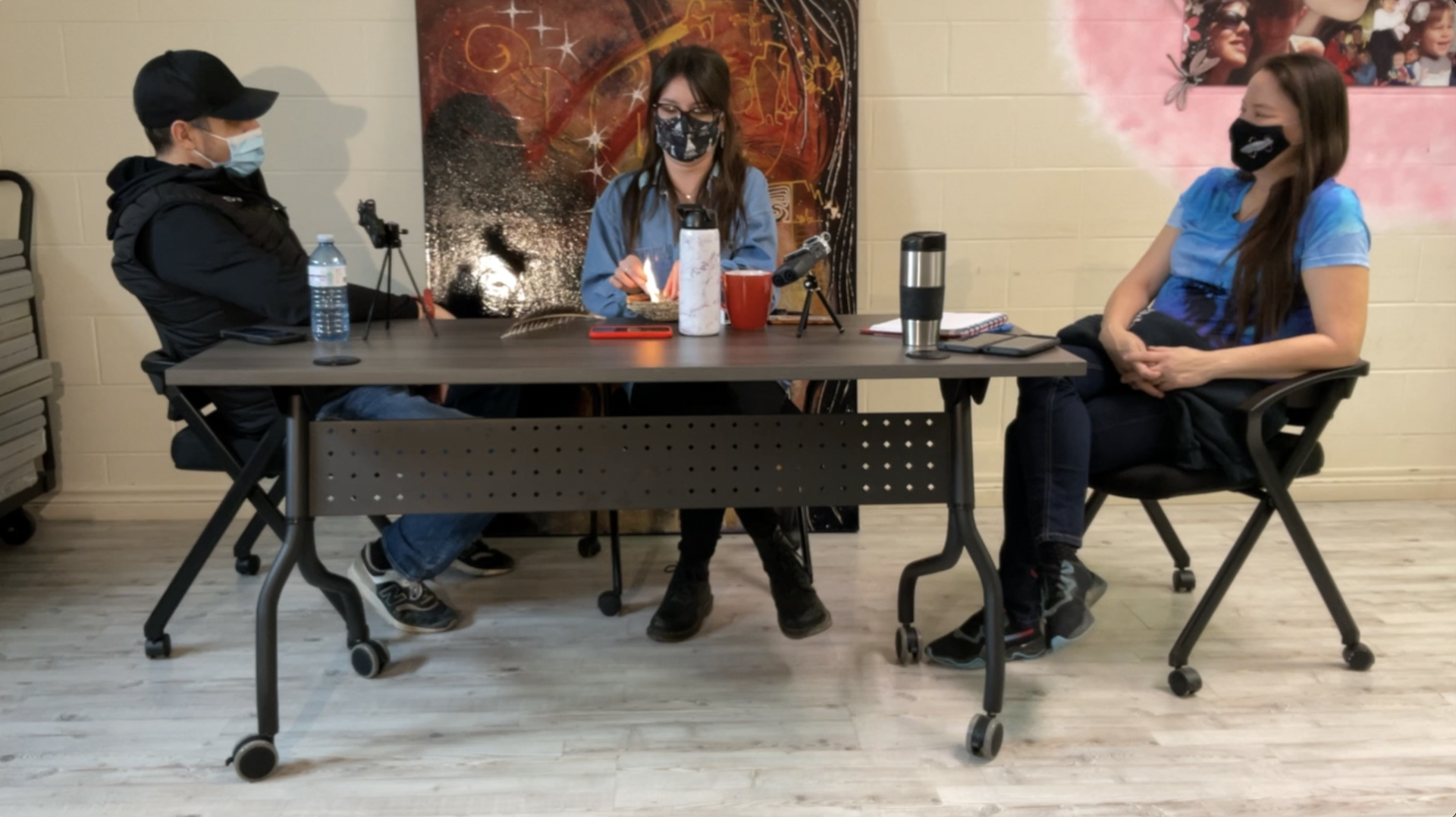 For the third episode of the Shining Water podcast, Greg Dumoulin, Paige Russell and Samantha Kinoshameg of Barrie Native Friendship Centre (BNFC) sit down to talk about the importance of smudging, feeding hungry, pride in drum making and of course the Zoom fatigue.

“My family, we typically smudged before bedtime,” Kinoshameg, the executive director of the centre, said. She said her daughter squats down and smudges her minion doll. “It’s cute.”

From smudging the conversation drifted into Zoom fatigue.

“I’ve been having a hard time with Zoom,” Dumoulin, a staff member, said. “At the beginning, it was really great. Like, I think it served a purpose.” It said his mind wanders elsewhere during the meeting and it is frustrating.

Russell, another BNFC staff member, said “it’s harder to communicate, because now you don’t see those expressions or the body language or anything like that.”

BNFC was planning for the solstice dinner in the gym of the centre but rising cases forced them to abandon the plan. “We stocked, we cooked, we pre-packed 230 dinners,” Russell said.

Dumoulin said that everything was so organized that he “was just trying to find a spot where I could just fit in and do something.”

It was a part of the Hunger to Hope program, which is funded solely from community members. “It was amazing how many donations we got in the past few months,” Russell said.

The centre gets donations in the form of non-perishable items and cash. Kinoshameg said “there’s no profile for people who need food.” So the centre uses cash donations to purchase grocery cards so people will make their own purchase decisions based on their needs and allergies.

Dumoulin talked about the drum making workshop at the centre. “They all took a lot of pride in making their drums,” he said about the participants.

Kinoshameg said her “children have, they have their own little hand drums.” She keeps the drums hanging on the wall and always accessible. “Bring it down for him, he’ll walk around the house, and he’ll sing songs, and he’ll just talk about it,” she said about her son.