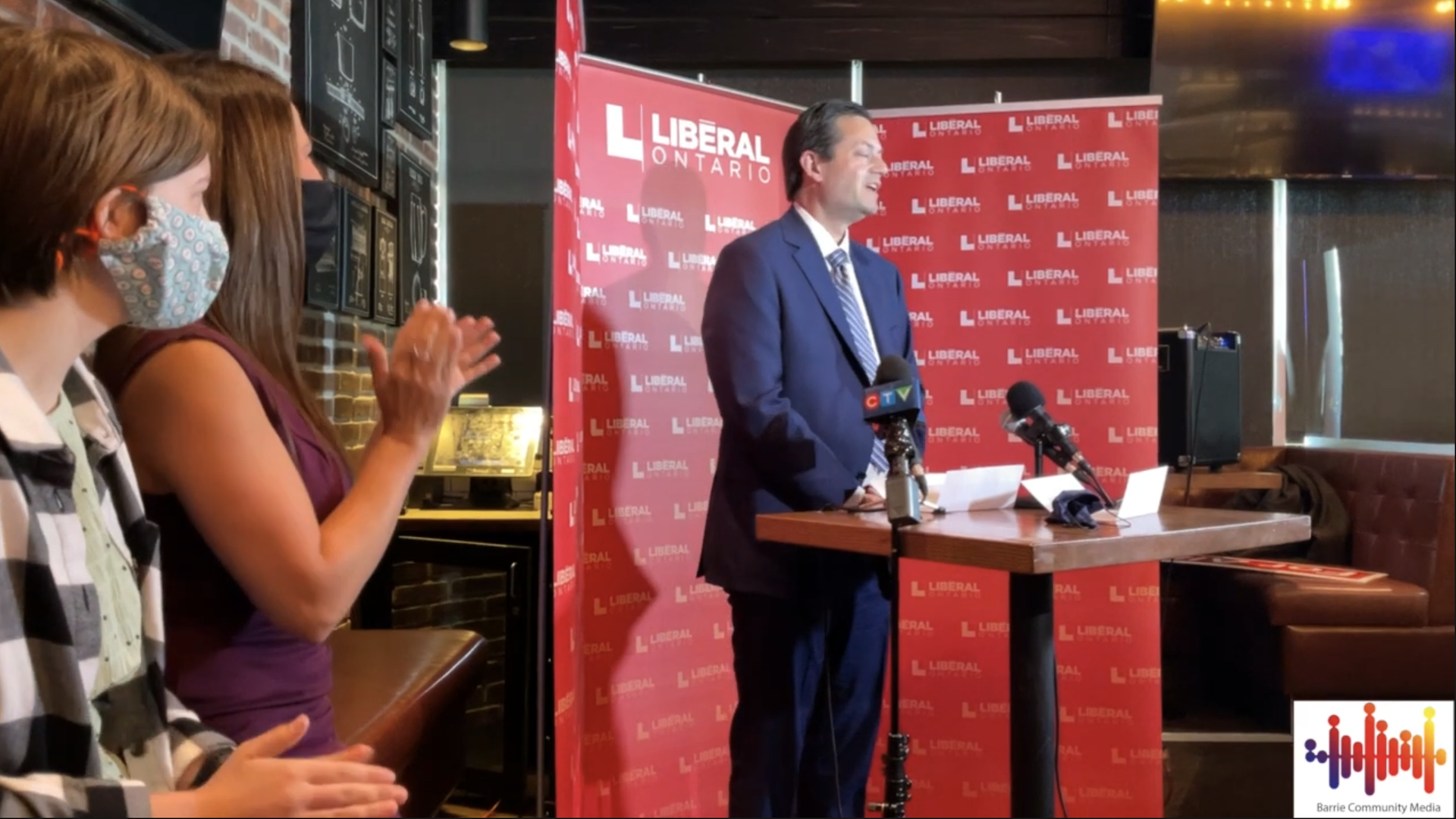 Lehman will be uncontested for the Liberal MPP nomination in Barrie—Springwater—Oro-Medonte.

“I can be part of building a stronger province,” Lehman told the press and his supporters at State and Main restaurant. “Being mayor has been the greatest honor of my life.”

Lehman, Barrie’s mayor since 2010, will take on the current MPP and attorney general Doug Downey of Progressive Conservatives.

With his announcement many candidates are expected to join Councillor Natalie Harris, who was first to throw her hat in the ring, to seek the top government position in the city.

Lehman chose the Liberal platform because “to be a liberal has always meant being a big tent politician who can ignore the failed extremists on the left and the right and focus on delivering pragmatic and purposeful change.”

“You wear your failures personally. But you get to see your successes, and you get to see them in the community around you,” Lehman said about the mayoral job.

Despite June 2 provincial election results, Lehman will not attempt another run as the mayor. “I’m all in on this.”

At the provincial level, Lehman’s focus will be schools, hospitals, childcare, environment and affordable housing.

“Jeff brings a very unique set of talent, experience, and dedication,” said Steven Del Duca, Ontario Liberal leader, who was also present. “Someone who understands how to serve with integrity, how to keep people first.”

Answering to the questions from Deepak B., reporter for Local Journalism Initiative, Lehman said he has “zero tolerance ever for racism, for anti LGBTQ sentiment. We have never tolerated it. In Barrie, we’ve spoken out against it. And I will continue to do that.” Lehman also criticized the Ford Government on housing policy. “I think one of the mistakes that’s been made in Ontario in recent years, was that it wasn’t a thoughtful plan to support new Canadians as they become residents of our province. And that includes housing policy.”

Lehman has a degree from London School of Economics and worked as a consultant for many municipalities in Ontario before becoming the Barrie city councillor for Ward 2 in 2006. He came from behind in 2010 to become Barrie mayor at the age of 36 and went on to be reelected in 2014 and 2018 with more than 90 per cent of total votes.

Do Barrie residents want a gun range in the city, especially near a day care centre?